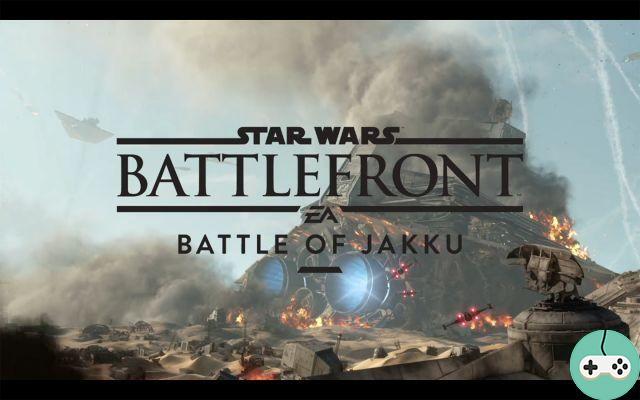 Yesterday, November 30, 2015, a Star Wars Battlefront livestream took place live from London. We got a first glimpse of Jakku and the Turntable game mode during this live. Here is a summary of it. 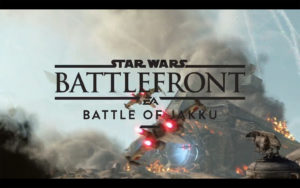 We will start with a sort of summary of what there is to remember: a new trailer for the Battle of Jakku but in gameplay this time. What you see as a backdrop is the Graveyard of the Giants map (see our article about the two maps).

I could talk a little bit about the show itself now because EA hasn't seen it small, but I will address it at the end of the article to focus on the information to remember first.

About the map of Jakku cemetery of the Giants that we discovered yesterday: 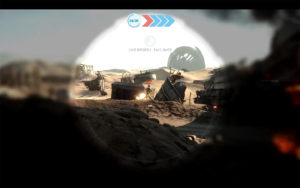 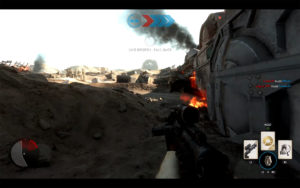 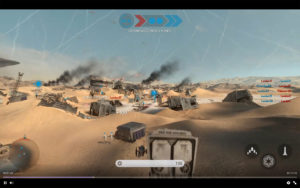 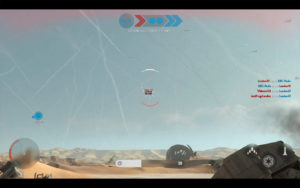 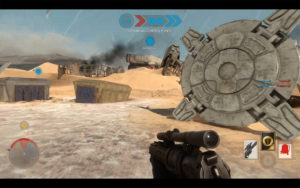 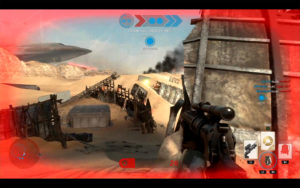 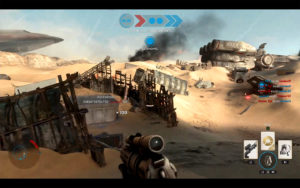 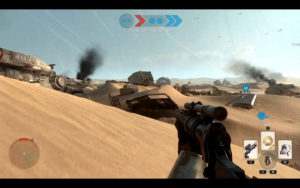 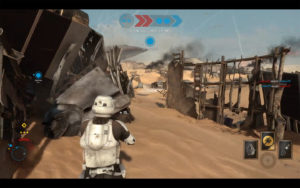 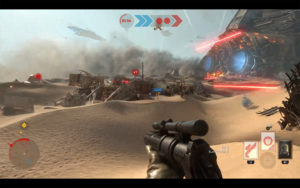 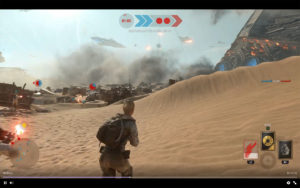 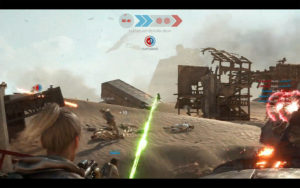 About the Turntable mode: 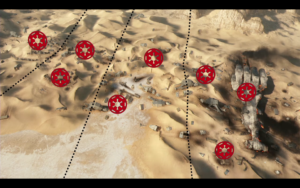 I had promised a word about the show itself. I think it was pretty cool I must say. Already the publicity visible at Wembley stadium, just to heat people up, it does not hurt:

Then the room itself: a square with consoles and players on each side and in the center a mini-stage fitted out with engine debris and other metal piles, in reference to Jakku. On stage a presenter and a presenter, while in a corner we find a commentator accompanied by Dennis Brännvall, Lead Level Designer and to whom we owe (and his team) the cards. In a short interview with the presenter, he said he had the cooperation of Lucasfilm / Disney to provide a setting in keeping with Episode VII, although ... he says he didn't have the 'opportunity to watch the film at the moment. There were also other guests, a boxing star and well-known streamers, as well as other streamers linked to EA. 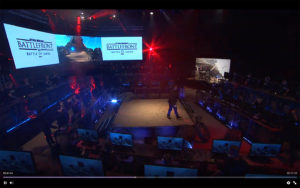 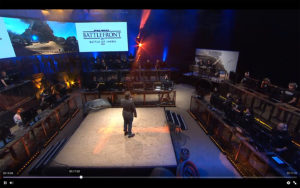 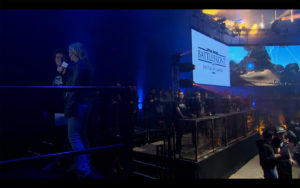 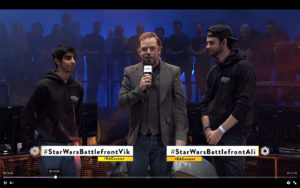 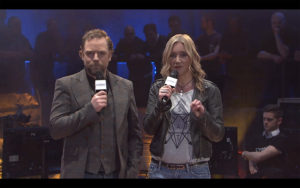 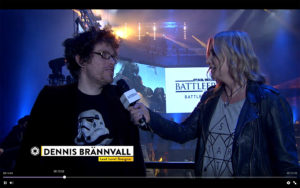 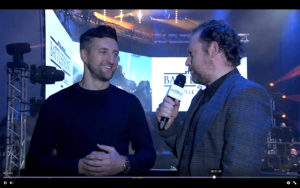 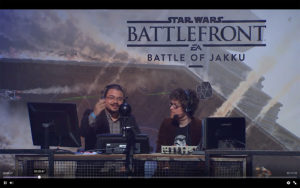 In short, it was not the little trick again. There were two Turntable games on Jakku, the opportunity for each team to play each side, but each time the Rebels did not have to break the third line. In theory, there should have been some Walker Attacks on this map as well ... but the PlayStation 4s used decided otherwise with a network crash.

If you want to watch this stream again, head to the Twitch EA channel.


Do you want to be up to date and know all the tricks for your video games? In gamesmanagers.com we enjoy playing as much as you do and for that reason we offer you the best tricks, secrets or tips for you to play non-stop. We offer you quality content and always updated to keep you up to date. That's why, in our website, you will find not only videogame guides but also tricks, secrets and thousands of tips so you can play to the limit. Are you ready to get it? Enter now and enjoy your videogame!
Dominion mode ❯

Add a comment from Battlefront - Battle of Jakku Livestream