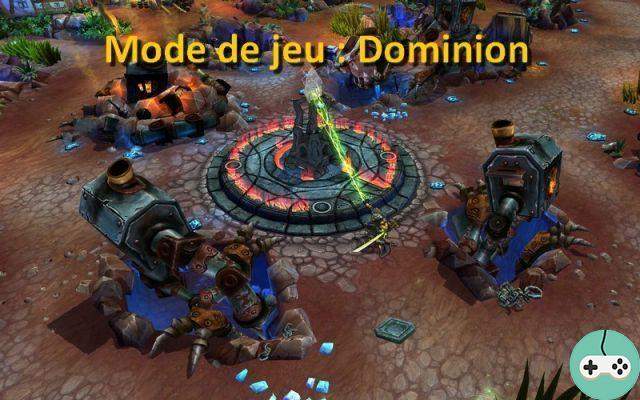 Once upon a time league of legends... a message from a friend telling me this: "Are you coming Troller with me? I'm doing a domi!". For people who do not understand what I have just written, I will translate it into spanish. "Do you want to come and play champions like you've never been used to? Join me on the dark side of DOMINION mode!"

But what the game mode called Dominion ? I will try to explain it to you in this little guide? 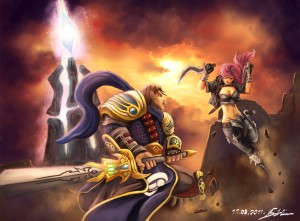 Guarding the capture point by Redrabe

Like classic cards: the Summoner's Rift (5v5) and the Tortured forest (3v3) where you have to destroy the enemy nexus, the dominion mode and its only card. Crystal breach aim to take possession of different control points in order to lose life to the enemy nexus. This is League of Legends' second 5v5 map.

It is a very active and very fast game mode thanks to the circular shape of the arena and a jungle allowing you to move quickly from one point to another. A game lasts between 20 and 35 minutes. According to me, Riot wanted to push the players to confrontation, but also to cunning. Indeed, unlike the summoner's fault where nothing is visible on the map, here we can see the main road as well as the area of ​​the great relic in the center of the map. We can therefore anticipate the movements of opposing champions based on their placements.

In this mode, the champions already arrive very beautiful, very clean (well except Trundle but we will forgive him!) with a magnificent Level 3 and 1375 gold coins (excluding mastery) in his pocket. Here, the generation of experience and gold coins is more important than in a classic mode. In addition, armor penetration is increased by 15% and magic penetration by 5%. When it comes to healing, their effects have been reduced by 20%. And since everything goes faster in the Crystal Breach, the recall time is 4,5 seconds and you spend a lot less time in the Death Realm.

As I just explained to you, to win, the health points of the opposing Nexus must reach 0 before yours. 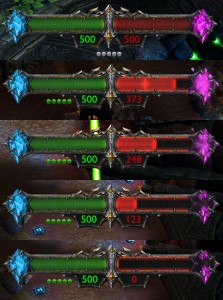 You have various ways of doing this:

At the exact number of five, we have: 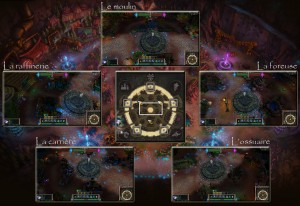 Neutral control points are symbolized by a gray square; those controlled by your enemies are in red and yours are marked in green on the minimap. 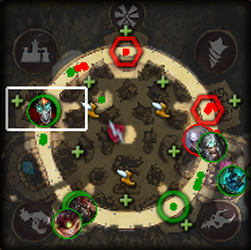 How to take a Checkpoint? It's simple ! Dance Gangnam style with a hen on your head! Ah ... that doesn't work? Okay ... try right-clicking on it instead. Your character will then begin to convert the point so that it falls under your terrible yoke. It is then that your champion then begins to have a psychotic rupture coupled with an epileptic seizure, is this normal ?! Yes and it's even better if it spits light.

To change a neutral point into an allied point it takes about ten seconds, double this time if it is an opponent's point. When a point is under your control minions arrive next to your new territory and run towards the neighboring control point, but this only happens if the neighboring point is enemy. If you're missing out on a minion clash and are on your own a little last-hit would be welcome, as minions are pretty useful in helping you win a checkpoint. 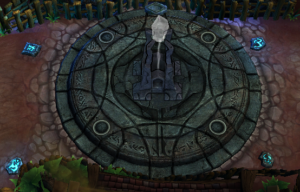 It is good to know that it is rather advisable not to stay next to an enemy point without attacking it. And yes, to make it worse, Riot has placed turrets on each point. These also have the annoying tendency to attack nearby champions who are not his allies. This is why we must spit light in his eyes (beware of the evil summoners, we do not throw Luxury anyhow!) it will stop shooting at you during the channeling time.

And if you have the advantage (like 3 points against 2), try to defend them instead of going for one more. the enemy will be under pressure so will be more likely to make more mistakes. 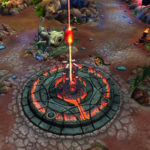 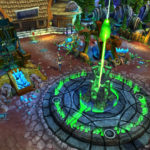 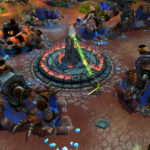 But Dominion Mode isn't all about that. A while ago a quest in defense / attack form which breaks the rhythm of the game (announced as always by Avast's cousin). This gives your team the opportunity to weaken the opposing Nexus a little more by causing it to lose a few extra health points. The control points submitted to the quests are then surrounded bygolden rings. If one of the two teams succeeds in their quest, the living members get a buff (bonus). This increases damage dealt by champions by 13%. 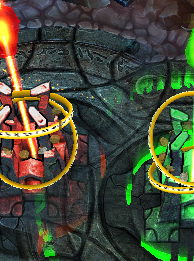 But it's not just that, the playstyle is more of the nervous type, Riot emphasizes even more mobility and survival through speed shrines (Hermès sandals on the mini-map) and healing relics (pharmacy cross on the mini-map, appearing at 2:00 with a 30-second timer) scattered around the map. 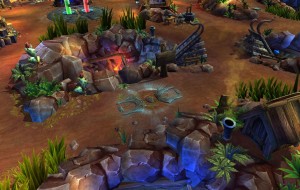 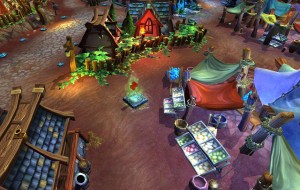 In addition, in the middle of the map is THE buff (Bonus): the great relic (appearing at 3:00, lasting 50 seconds with a 3 minute timer). This gives your champion a shield with 275 HP and if you are not hit for 10 seconds it recharges. Additionally, attacks and spells deal additional damage to the target (once every 4 seconds) 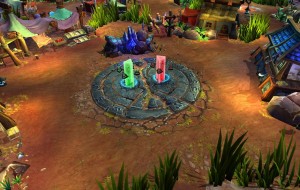 During the game a personal counter is assigned to you. Each of your actions will give you points to be considered in the final ranking. 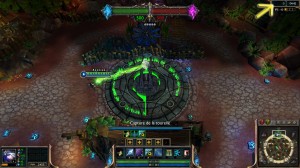 Here are the points you earn based on your actions (which I witnessed, there must be a few missing I think):

At the very start of the game, almost all the teams organize themselves so that four champions are at the top and one at the bot. One of the quartet stops at the first point while the others run, jump, fly, sprint to get the third (decisive on balance).

More often than not, the simplest strategy is to divide the opposing team. Said like that, it sounds simple, but in practice it's a little more complicated. Indeed, the dominion mode is a very aggressive game mode, some define it as "big nonsense" while others (including me) find it a great way to develop your strategic side.

Like any team game, don't forget to communicate via ping or chat or even by voice if you have your friends next to it (or by any software). With that, I wish you a good Dominion. I will later make small strategic dominion guides based on champions.

If you enjoyed this feedback on Dominion, know thatAxonias will accompany me for future champions guides in order to write the Dominion part! ? We wish you a good day and see you soon on our network.


Do you want to be up to date and know all the tricks for your video games? In gamesmanagers.com we enjoy playing as much as you do and for that reason we offer you the best tricks, secrets or tips for you to play non-stop. We offer you quality content and always updated to keep you up to date. That's why, in our website, you will find not only videogame guides but also tricks, secrets and thousands of tips so you can play to the limit. Are you ready to get it? Enter now and enjoy your videogame!
The Sims 4 - Paint Ability ❯