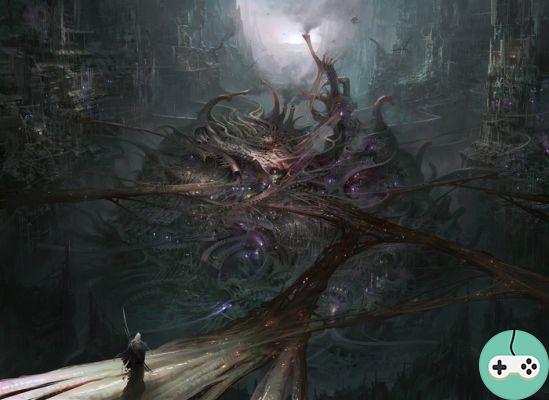 As Dreamfall Chapters just finished funding with $ 1 (538%), I present a very promising new RPG, Torment: Tides of Numenera. Rest assured, this is not an SOS, this game is already no longer in jeopardy, with 425M (they were only asking for $ 180) since the launch on March 2.4th. 900% when there are still 000 days left, who could say better?

Based on the game Planescape: Torment (released in 1999), Tides of Numenera takes up the theme of heritage by placing players in the universe of the role-playing game created by Monte Cook, Numenera. Scheduled in 7 languages ​​(including spanish), it will be developed under Unity, for PC, Mac and Linux. 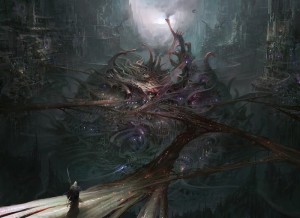 You are the last defrocked, the last link in the chain of the living that they call the changing god. Once upon a time there was a man who discovered a way to use the relics of the ancients to cheat death and cross the centuries through a succession of bodies. But he didn't know that these bodies continued to live on as his consciousness fled, a new consciousness emerging in each. Today he has awakened an age-old enemy, the Angel of Entropy, and those days of change are over as the Angel drives him out and all of his works. This includes ... you.

With the ever-present threat of oblivion hanging over you, you must find your father before he is (or you are) wiped out by the Avenging Angel. You will find allies and enemies among the defrocked. You will be able to inhabit their minds for a period of time with devices called "mothers", diverting their lives to your advantage. You will travel through the world of the ninth, above and below, with your companions by your side (or alone if you prefer). Your quest will take you to parallel dimensions and distant worlds under strange suns; mothers in particular will be able to give you even more bizarre experiences, even to the manipulation of time itself. And you will build your legacy while searching for the answer to the question:

does a life matter?

So much for the story. The game itself is based on four pillars: 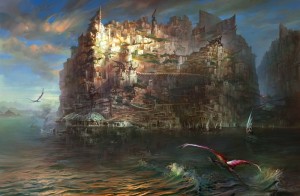 The game is supported by inXile Entertainment, an independent studio based in California (United States), known in particular for the RPG The Bard's Tale, released on Android in 2012. Kickstarter is for them THE solution to create the game that the community wants, overcoming the developer / publisher border. And seen how they left, they did well! The game is therefore enriched as the stretch goals progress, with soon an increase of 150% of the game initially planned (richer history, new companions, music recorded with an orchestra ...).

Plan on $ 25 for the digital version of the game, $ 65 for a physical copy and $ 110 for a collector's box! Yes, the first stages for the fastest are already all gone?