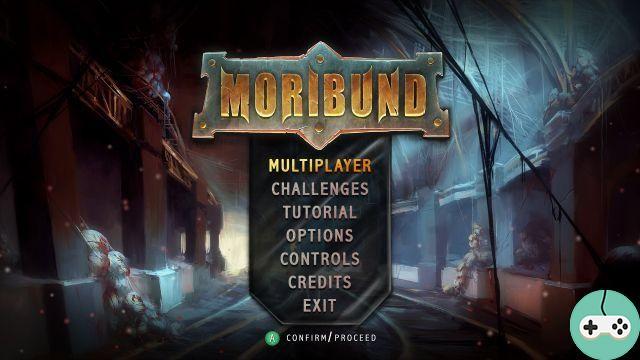 When you start your first game, I really recommend that you display the shortcuts, otherwise you might get lost! In any case, I was and I suddenly appreciated having these images on my second screen just to find myself there. 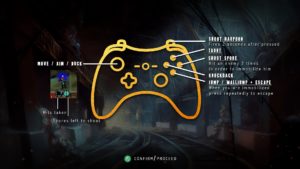 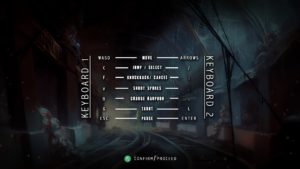 There are currently several modes available: multiplayer (2 modes), challenges (15), tutorial. Maybe going through the tutorial (which I didn't do the first time) is a good idea. Thanks to that, you will learn the basics of commands (and thus not have to struggle). But hey, at the same time, if you launch the game to have fun as friends, not understanding what is going on is also part of the game! 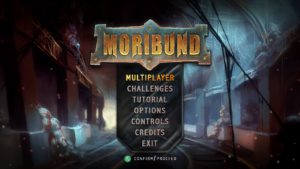 Two modes are available in multiplayer: Deathmatch and Team Battle. The first is intended for 2 to 4 players, while the second is for 3 or 4 players. For my part, I only tested the death match mode, having played two. 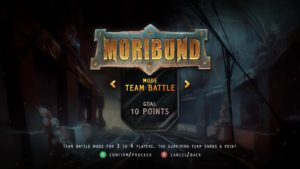 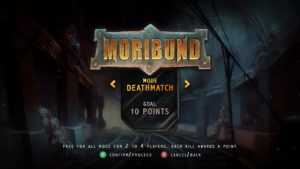 The game begins with the choice of characters to play from a list of eight available archetypes. A priori, they only change the appearance of the avatar and their voice, and not the abilities. A bit at random, we went for some really mean looking guys (they all look mean). You will notice in passing that here all the shortcuts indicated are linked to the Xbox controller, which therefore does not help to know which keys to use on a PS4 controller or the keyboard. 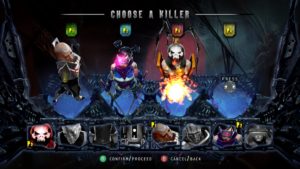 Then there are different battlegrounds with different difficulties, ranging from normal to extremely difficult. 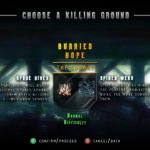 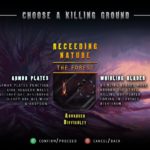 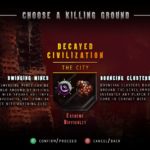 Our choice fell on a simple arena, but the gameplay is similar no matter where it takes place. There are platforms everywhere, some mobile and others stationary and barrels to explode just to be able to pass more easily. Knowing that when you go right or left, or if you fall down, you reappear on the other side. The climbing is rather simple, the character automatically clings to the wall. Sometimes weapons can be activated by flipping the switch (they then become hostile to all other players). 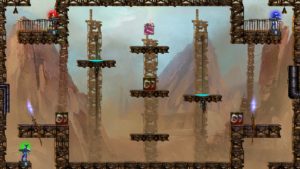 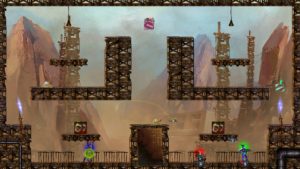 The characters use two attacks, a basic shot that allows you to catch in a sort of net, and a long load shot that kills with a harpoon. The idea is therefore to succeed in nabbing the others and then exterminating them before they are released. However, be careful with the harpoon, as it explodes on impact in a large area of ​​effect and can do collateral damage (including self-killing). 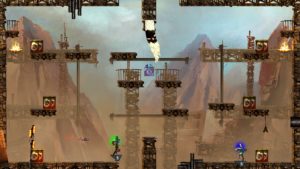 At the end of each round, a scoreboard summarizes the points won. Knowing that the winner is the one who gets 10 points first (by default). 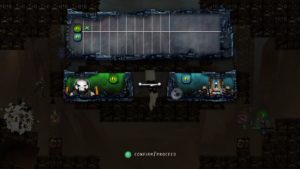 If we have to sum up the game in terms of numbers:

Moribund does not look like much, the graphics are correct, without being great, embarking on fights to the death on a music which is moreover nice. The grip is not the most obvious, depending on whether you inherit the controller or the keyboard, but there are ultimately only a few keys to memorize. But where it gets fun is clearly thanks to the others: the dead are ridiculous, and it's common to accidentally kill yourself using the harpoon. Everyone runs everywhere, the harpoons fuse, and the points accumulate to the greatest happiness (or misfortune) of his friends! 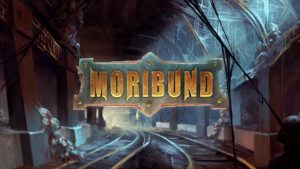 The game is available on Steam (Mac, Windows and Linux) with a 15% discount upon launch. If you are looking for a Party Game to spend a good night out with friends, Moribund is a newcomer to the market to consider.

Add a comment from Moribund - An explosive party game