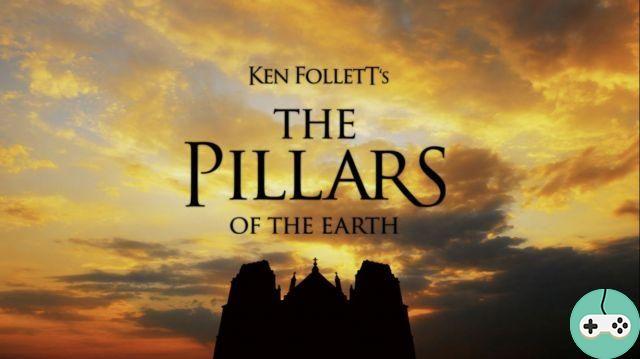 The adaptation of Ken Follett's novel, which I had the chance to test when it was released on PC in August 2017, was released more recently on iOS mobile platforms in a version adapted to finger controls.

A short tutorial shows the controls, which are the usual point-and-click ones, with the opportunity to interact with elements of the scenery that can be observed, activated or even taken into the inventory. Since the fairly limited inventory represented in the form of icons at the bottom left of the screen, it is possible to drag objects onto the decor (such as keys on a door).

A system of "quests" is added in a specific inventory on the right: these are tasks on which the current character is working, which can be used on the NPCs to initiate discussions on these subjects. 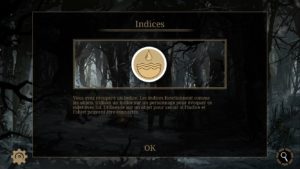 The adventure begins in the same way in the snow, where we play a cathedral builder who finds himself in a bad situation because of his obsession to build these majestic buildings. In this precarious situation, his pregnant wife begins to give birth to their newborn baby, but things do not go well. 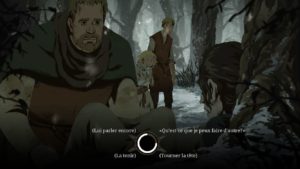 Barely recovered from the emotion of the birth of the baby and the death of the mother, we approach the point of view of a new character, Philip, a monk who arrives at Kingsbridge Abbey, a magnificent priory unfortunately very badly managed. With a community where novices do not hesitate to steal, where food is too scarce to satisfy appetites and where the buildings are in poor condition, the atmosphere is execrable, especially since the prior has just died and the monks think he would have committed suicide ... 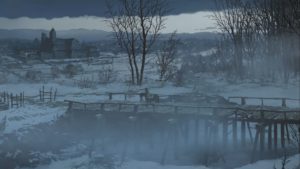 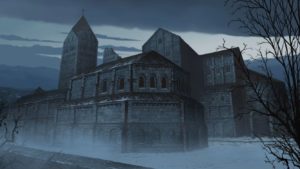 Then the point of view jumps to a third character, Jack, a young boy raised by his mother in the secret of a cave lost in the middle of the forest. Further on, we will meet Aliena, a young nobleman who has fallen from grace. Of course, their destinies will intersect, and sooner than expected. 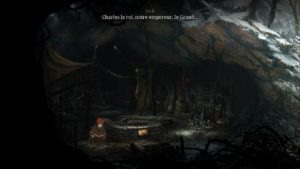 The story therefore follows the same plot as the PC version, based on the 1200 pages of the novel, but the mobile version is much closer to a narration. There are fewer elements to combine, fewer possibilities, and many stages are optional, which practically does not block progress. So at one point I had to prepare venison, but I couldn't quite figure out how. Noises attracted my character's attention outside his cave, and then it took him far away from the deer meat. At the end of the chapter, I received the information that my meat had gone bad. Perhaps this will have an impact on the future? But whatever, I can continue to play without wandering for hours because I didn't see a piece of the scenery that I could recover to fix my problem. 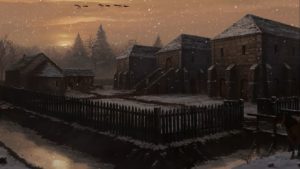 With pleasant graphics, music perfectly suited to the medieval atmosphere and a rich frame, The Pillars of the Earth is a narrative game to take everywhere on mobile, an excellent experience if you favor history over action in your choice of applications.

The Pillars of the Earth (App Store) 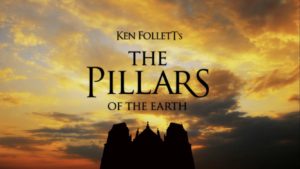 Pokémon GO - Catch Them All (For Real)! ❯