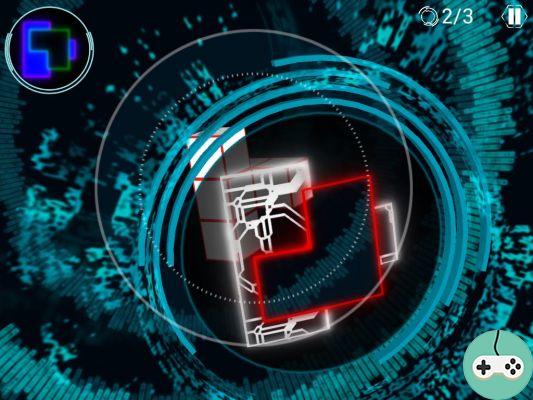 Most of the puzzles are two-dimensional, making things easy ... Security Hole wanted to shake up these habits and come up with a puzzle where the goal is to match shapes in a three-dimensional space! Instead, watch the video to understand what I'm talking about:

This game, the first prototype of which was designed during a gamesjam organized in Moscow by Microsoft in December 2014, takes us on a cyberpunk adventure, where we meet an anonymous contact online who needs help. The dialogues are presented in the form of the screen below, exchanges of lines of dialogue between us and the stranger. 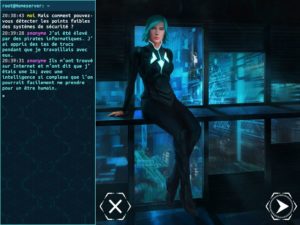 Level after level, the story of the unknown becomes clearer, as we progress through the levels, presented as hacking attempts, the forms being viruses that we seek to introduce into computer systems. The shapes are linked and it's quite confusing! We have a three-dimensional shape that has to be passed through a small space. Of course, the shape is choppy and it can only go in a certain direction, forcing it to be manipulated to find the corresponding angle of attack. 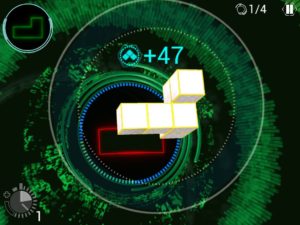 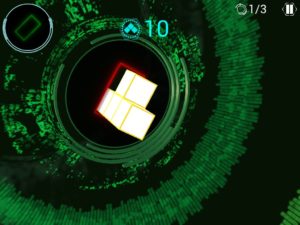 To help there is different indicators. Already, the shape itself changes colors depending on whether things look good or not, going from red to green. In addition, at the top left, there is a camera in top view, which shows me where my part is located exactly in relation to the hole. Of course, the camera is free and can be rotated around the room to better see what it looks like. 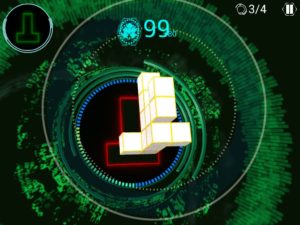 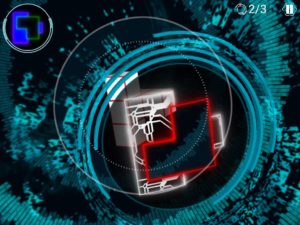 Different gameplay elements come to pose pitfalls: time, number of rotations of the part ... To overcome this, jokers can be activated (displayed at the bottom left) and thus give more time or rotations. Of course, there are no infinite wildcards, so they should be used sparingly. 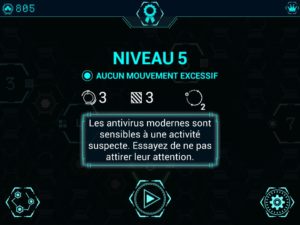 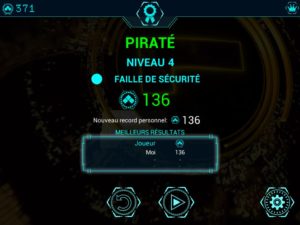 The levels themselves are presented in the form of a strange grid : 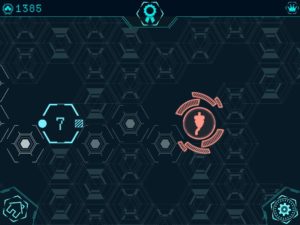 Another type of level breaks the habit, asking to choose from among four models the one that corresponds to the central shape. Of course, it will be too simple otherwise, the camera is fixed here ... The four models move, slowly, and time is limited. So you have to try to guess ... and it is nowhere near as easy as it looks ! 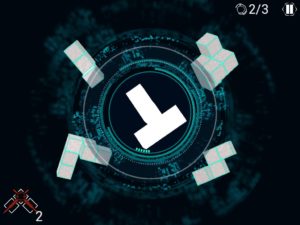 This last sentence could also summarize the entire game. Only playable with the controller, the handling is not easy, especially as the shapes are more and more complex. Time is often limited, forcing quick decisions to be made and, if you don't have a three-dimensional brain, it gets stuck quickly. I therefore recommend it mainly to players who are comfortable with the concept, otherwise you may quickly get frustrated and therefore give up. Even if I did not necessarily have very hooked initially, I must admit that the whole is rather addictive, and I found myself chaining more levels than I expected.