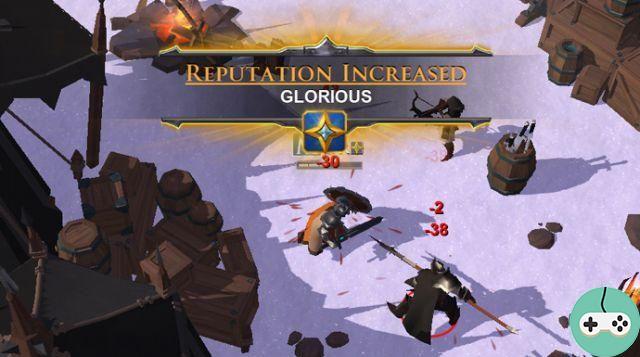 We announced last week the launch of the final beta of the MMORPG sandbox Albion Online for August 1st. A very big update is planned on this occasion and the developers have decided today to take stock of one of the new features to come: the reputation system.

Why introduce such a system?

Currently, all the players from the most casual to the most hardcore coexist on the same map and are brought to cross each other without real distinction. This mixture created within the game, and in particular in the yellow and red areas, reactions of extreme protection, the players coming to kill on sight anything that moves in the vicinity just in case.

So that all the inhabitants of Albion can fully express their style of play and, so that everyone has their place, the developers have therefore imagined the New World and reputation.

Your reputation will now be displayed with an icon next to your name depending on its level: Glorious, Noble, Righteous, Reliable, Vile, Villainous, Malevolent, and Fearsome. 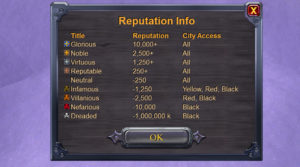 All your actions will therefore have an impact on this reputation index, for you to consider whether you prefer to be seen as a criminal or a wise citizen. As you will undoubtedly have noted in the table above, below the Neutral level, access to the cities of the green, yellow and red zones will be prohibited.

A skull icon will nevertheless scare away a lot of surrounding players who will have a hard time trusting you! The Royal Faction will hunt you down, but that's the price to pay for freely stealing other people's equipment. 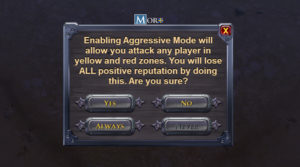 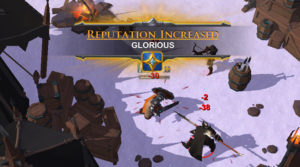 Namely that attacking or executing a criminal does not lose any reputation, it is apparently considered a gesture beneficial to all!

On the other hand, anyone giving a helping hand to rob, finish off someone or heal their attacker will suffer the same loss of reputation as the attacker. Likewise, if you fight with someone and a touch of pity causes you to run away from the unfortunate one, you will suffer the consequences of their death if someone further finishes them off. So you might as well finish the job and get some accessories ...

Out of control areas

So that we can still beat each other shamelessly, the developers have thought of PvP areas where reputation is not impacted:

These new features herald good changes for the MMORPG! While waiting for the August 1 update and the big wipe, the servers are still open until July 17, it's a good time to get started in the game!