Like many Internet users and D'Albion fans, we are all curious about the next updates to the game. It’s hard to come! The SandBox Interactive studios are preparing some big news for us on the basis of a major overhaul of what we already know.

Like children, we are impatient, and we all want to know more. Here is some info on these crucial changes, often also due to a desire to provide solutions to accessibility problems for players, especially with regard to the New World and saturated territories. 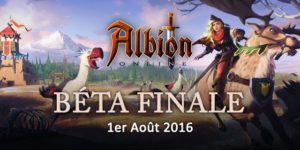 The Royal Islands and the Outlands

For once, since the announcement of the new biomes and the few images of the steppe glimpsed in recent weeks it is downright the addition of a New World, completely restructured which will soon replace the current continents of the East and the West. We can say goodbye to this Old World which was getting complicated to divide between casual players, small scale PvP and big guilds of hardcore PvP players.

The developers of SandBox Interactive have therefore chosen to divide the New World according to different zones of accessibility: The Royal islands mainly composed of green, yellow and red areas will be ideal for the casual player and low PvP activity; on the other hand the Distant lands, in the form of an entire continent, will be made up entirely of black areas, more conducive to hardcore players. 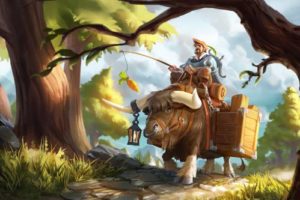 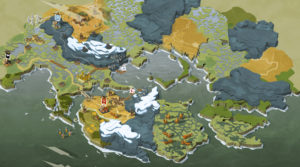 From an aesthetic point of view, the 5 biomes developed by SandBox interactive will bring a little visual variety since the player can also move sometimes in swamps, steppes, highlands, but also get lost in the vast forests and mountains. Each ecosystem will obviously have its own biodiversity and its share of “inhabitants”. And each biome has its own specific resource. 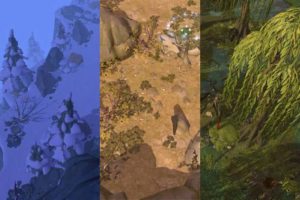 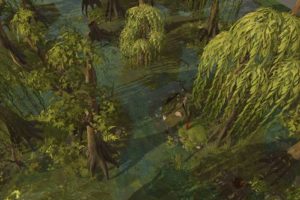 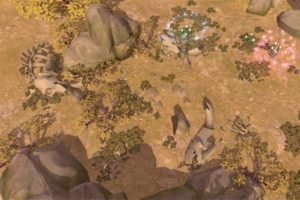 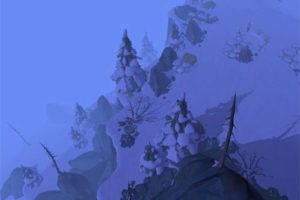 In addition, the Royal Islands will no longer be conquered, thus ensuring the safety of players preferring trade, crafting and small PvP. Players eager for conquests and fights will be able to head for the Outlands, via the port areas, totally untamed and open to all: conquerors and warriors. But beware, such is the fly that thought to take, these areas rich in resources and treasures have their lots of surprises for the player a little too sure of himself !!

Substantial changes to the Guild vs. Guild system

Another big surprise from SandBox Interactive on Albion Online: Christoph Hombergs, the official community manager, and Robin Henkys, Game Director, have come together to try to bring more depth and interactivity to the clashes between guilds. , the GvG.

In fact, the big news, after the redesign of the world of Albion Online itself, is to have made a major overhaul of the system Guild vs. Guild.

The new regional layout will allow players to set up their base or their home on a single territory, unlike the current system which begins to saturate multiple bases located in territories of the same region. This choice is justified by the need to give more freedom and space in each of the regions and to open up access to land made inaccessible. 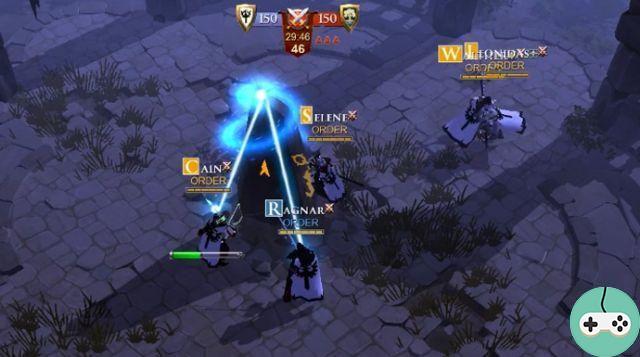 Des watch towers will be installed as a replacement for resource territories and will serve as a link between base territory and open-world outposts. These Watchtowers will have the capacity of defenses against the intruder, but will in no way represent a magical barrier. 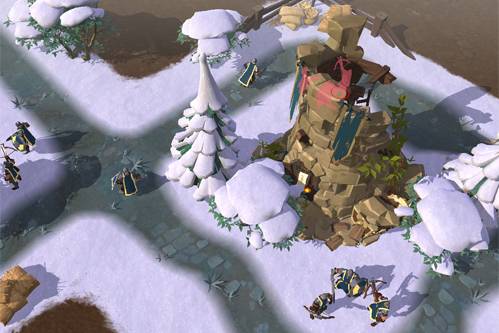 The Regional counters, at the rate of one counter per region, will allow players to comfortably choose their actual combat times, so as not to be at a disadvantage vis-à-vis other players established in different time zones. It is no longer the guilds themselves that will determine the start of a fight, but the territory in which the confrontation will take place. The counter, to which the territory will be assigned, will now automatically define the available location. In case of unavailability, the fight will be postponed to the following day.

The developers have also redesigned the Siege Camps and added two new modes of Reprisals and Counterattacks in order to make GvG much more interactive.

The "Pluses" of the new Albion Online

Each player will now be able to benefit from an impacted reputation level according to his behavior towards other players. The reputation system makes its appearance in order to make the player responsible for his actions. Any bad action will take it down and have the effect of restricting the door from the green, yellow and red areas. 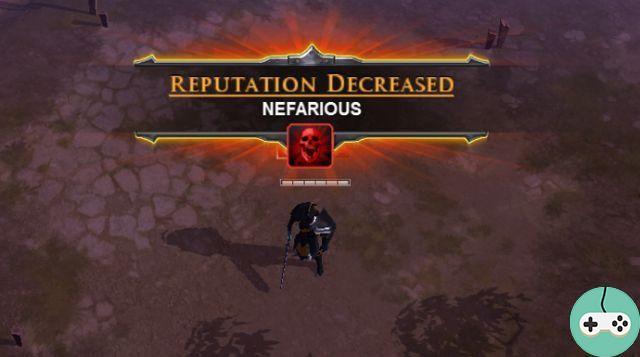 Le object system It's also getting a revamp with a big change to getting base items and crafting artifacts available in high-level PvE. 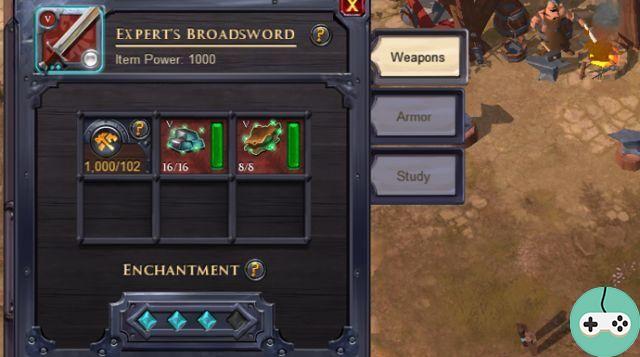 As we have read, all these changes are taking place in order to improve the interactivity of the game and in the spirit of remaining accessible for any player, whether new or experienced. The desire of SandBox Interactive, made up of a team of enthusiasts, is to make the game enjoyable and deep in terms of gameplay at all times. We will deliberately ignore certain other improvements so as not to completely destroy the element of surprise.

To find out more, you can go here.


Do you want to be up to date and know all the tricks for your video games? In gamesmanagers.com we enjoy playing as much as you do and for that reason we offer you the best tricks, secrets or tips for you to play non-stop. We offer you quality content and always updated to keep you up to date. That's why, in our website, you will find not only videogame guides but also tricks, secrets and thousands of tips so you can play to the limit. Are you ready to get it? Enter now and enjoy your videogame!
Divinity: Original Sin 2 - Homecoming ❯

Warlords of Aternum - The new Innogames not to be missed