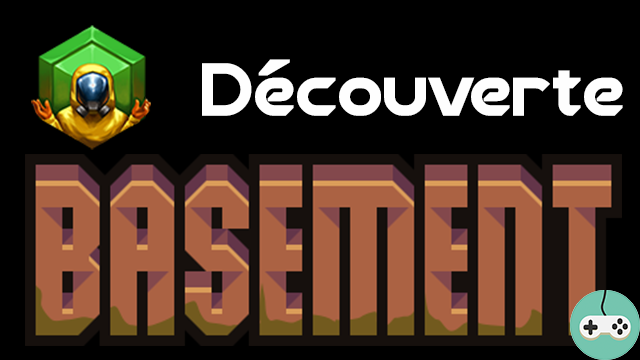 The world of video games allows many things, for our greatest happiness! Thanks to this medium, I was able to be mayor of dozens of cities, to be the boss of my video game company, to manage hotels, zoos, amusement parks or even to manage a prison ... lives each more pleasant and lucrative than the next, but I have always remained on the "good side" of the barrier (we are going to act as if I had never deliberately sabotaged my attractions in Roller Coaster Tycoon !). The other side, however, has always intrigued me. See Nancy Botwin in Weeds, or the now cult Walter White, Jesse Pinkman and Gus Fring in Breaking Bad., make rather unsavory career choices, earn money and love what they do, we must admit that it does make you want to. Unfortunately, I was never able to satisfy my curiosity via this beautiful medium that is video games, until recently! Indeed, in recent weeks, a title responding to the name of Basement appeared on Steam - after a brief stint on Kickstarter, where it may have been funded. 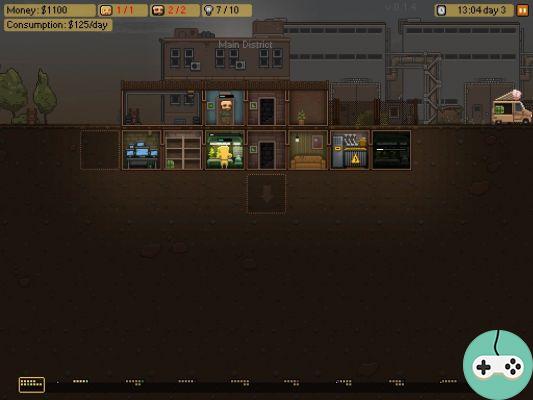 This title, developed by the tiny studio HalfBus, offers the player to become a drug lord. From the production of drugs to the sale of the latter, through the corruption of the cops (with the help of a few bundles), it will be necessary to extend its influence by selling its products and by eliminating (or rather by absorbing) our competitors.

In Basement, everything starts off quite abruptly: we have a small view of a neighborhood, with two small buildings available to start. The first block takes care of production, the second of the commodity pass. We see men in yellow busy in the first building, who take care of the maintenance of green plants (ahem) and "packaging". Each time the transporter passes, the stock is emptied and goes to the smuggler, who will then distribute all this to the dealers. All this being illegal, it will be necessary to hide its activity as well as possible, which is why the game does not propose to enlarge the buildings in height, but rather to dig deeper and deeper. We will also take care to employ some guards, who will beat up all those who snoop, or who can engage in raids to annex new buildings to expand production and the pass. 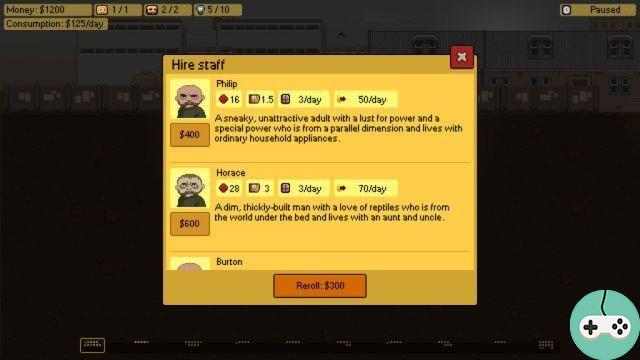 The system looks pretty crass as it is presented above, but in general terms it is. We will have to ensure the comfort of our drug traffickers by installing rest rooms (I have a lot of trouble understanding the concept ... our employees look - as they are - like prisoners since they cannot go out. buildings, never, they are content to go limping in a rest room 2-3 times a day), pay attention to our electricity consumption by installing electric generators (High Pressure Sodium lamps consume a lot of casually! ) and build some rooms for security, necessary to recruit more "guards". Once you are bored with growing hemp, or simply to drastically increase your profits, you will have the opportunity to develop the production of acid, speed or even heroin, you will have to recruit slightly more qualified men to do so. , which, logically, require higher remuneration.

Regarding the expansion of our empire, it is quite light for the moment, we are content to gather a sufficient number of big arms who will go to zigou the adversaries. Note that a level system is present, and that the XP is garnered each time one of our guys completes an enemy, each leveling up increasing the power of strike and the points of life. As said above, our henchmen will not hesitate to beat up too curious police officers. In the event of understaffing, it will also be possible to bribe the police with dollars. Always practical!

Graphically, do not expect much, it's fairly basic 2D dark and efficient, which allows the game to acquire a very nice atmosphere, accompanied by a piece of music present to reinforce a little the "creepy" side. 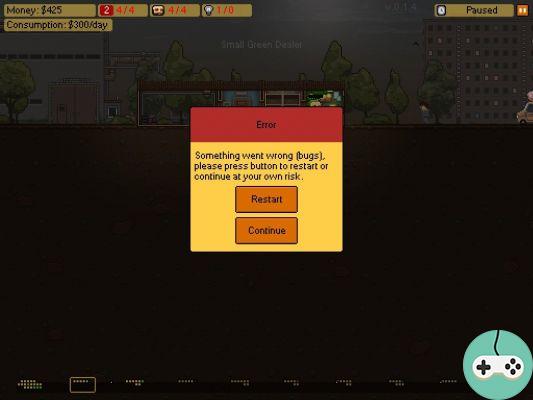 Basement is a game with great potential, I had a lot of fun there and I continue to have fun in every session. However, the game is in a pretty poor state right now. The early access is very light, the developers are not hiding it, it is more of a gameplay demo than a game experience provided as is. Proof of this is that it was not even possible to save a few days ago, and the game tended to display an error message before crashing ... 3 times. However, the follow-up is there! Each feedback is taken into account by the developers, and each update adds more or less useful content and features (such as saving, added on May 15). If you are interested in playing drug lord and want to support and help the team, I can only recommend that you go for it. For the others, I advise to wait a few more weeks, in order to have a more stable title and above all, with more content.