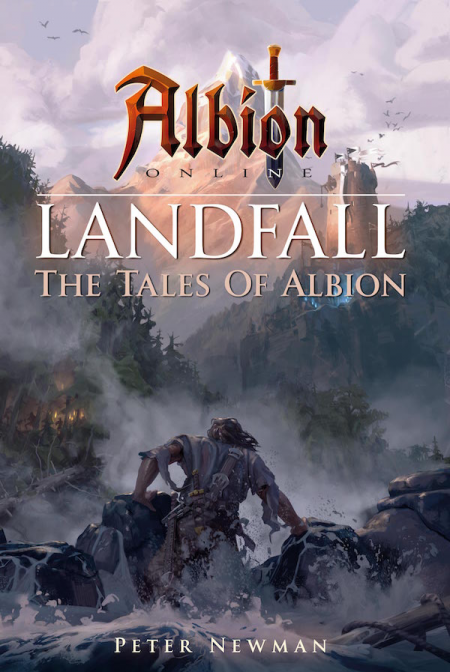 A novel set in the game's fantasy universe has been released today. Entitled Landfall, it is written by Peter Newman, the famous English writer and author of the series "The Vagrant", and priced at $ 10,99 for the paperback book and $ 6,99 for the digital version.

We follow the adventure of three colorful characters, against a background of references to various areas of the game, but also real players and guilds evolving in the game.

Unfortunately, you will need to be fluent in English to read this book, which is currently untranslated.

Albion. Land of mists and mysteries, where mankind resembled gods. But these gods were flawed and they turned their powers on each other, making rivers of blood and birthing horrors we were not meant to know, until giants battled demons over the fate of the world. And then, as the fighting reached its peak, a great power reached out and Albion simply vanished.

For over a thousand years it has been hidden from the eyes of men. When the impenetrable mists hiding Albion began to lift, the King of the Old World sent a rag tag group to explore and settle there. Initially, reports of wonders and wealth came back, then, without warning, all went quiet.

Now a new convoy is being sent, seven ships sailing for the mysterious land of Albion. Their crews and captains have many reasons to risk the journey, a mix of opportunists, adventurers, and those keen to leave behind their old lives. But the sins of the past are not so easily left behind and the lure of power and magic weaves its spell long before arrival. Before the ships have even made landfall, old rivalries simmer and, without warning, one ship turns its weapons upon another…

add a comment of Albion Online - A New Novel, Landfall