SWTOR - Healers in the Universe 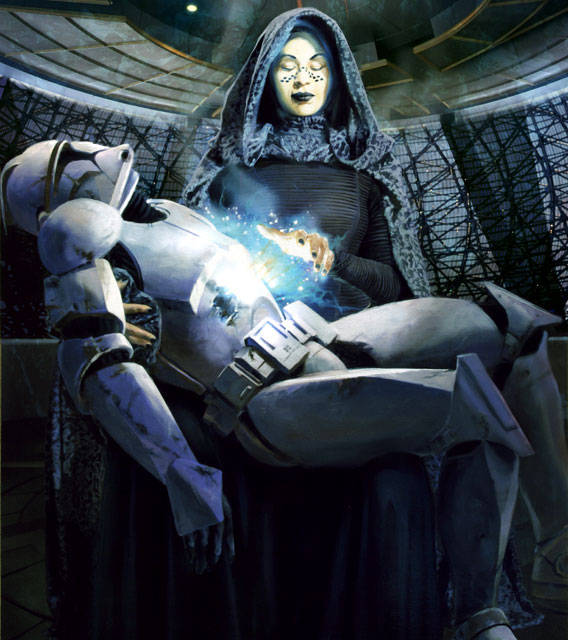 As there is not much yet to tell on this blog as long as the game has not been released (well a little anyway, we will see that later) and that it is necessary to furnish to give the illusion that there is content, a little background article on the Jedi Healer in the Star Wars Extended Universe will fill the void. Don't expect to see a lot of more posts like this later, it's really because I have time to spare. Warning, this article contains a lot of useless Star Wars backgrounds with super original names in them. You have been warned.

Jedi Healers are attested in the vast universe since the ancient republic, they form within the Jedi Order a special circle, the Circle of Jedi Healers. So he gathers Jedi, mostly consuls, gifted to heal their little comrades damaged by force. Since the gift of roxxer heal as a magic pony is very rare among young padawans, those who were predisposed to it were systematically oriented in this branch (and fuck their right to school guidance). They were still entitled to a nice neighborhood in the Jedi Temple of Coruscant, the Halls of Healing. He could play there to patch up broken people with super crystals that amplified their healing power, too much of a bullet what. Given the scarcity and usefulness of their abilities, they were also regularly sent to the pipe-breaking story to keep poor guys standing who had no choice but to pay their bills than to enlist in the military ( see clones without the slightest civic right grown in test tubes to be shot by droids after an accelerated growth process). This institution disappears after the great purge initiated by Order 66 and is not reinstated in the New Jedi Order founded by Luke Skywalker even though it includes a few Jedi Healers.

We hear about the Jedi Healers in various sources attested by Uncle George as being in conformity with the canon universe of Star Wars (understand that the authors have raided for the license). For those who would like to touch each other on the background like crazy before the release (each his own), you can always read the MedStar series of books. The first volume is called "Space Surgeons" and the second "Jedi Healer", in short we are in our area of ​​expertise. It's happening during the Clone Wars and I absolutely can't tell you what it's worth, because I haven't read them at all, and I don't really intend to.

At the time of The Old Republic that concerns us, we can possibly expect to see the Circles of Jedi Healers represented in-game on Coruscant and to hear a little about this body of order that we will be part of. Knowing that the universe of The Old Republic although integrated into the extended universe takes place at a time not developed in other Star Wars products to leave a little room for maneuver to the developers (except the beginnings in the KotOR games ), one can hardly expect to see famous characters. In any case, the theme of the Jedi Healers was especially developed in the period of the clone wars (comics, books and animated series) and in the period of the new republic which is after the films (comics and books).

Do you want to be up to date and know all the tricks for your video games? In gamesmanagers.com we enjoy playing as much as you do and for that reason we offer you the best tricks, secrets or tips for you to play non-stop. We offer you quality content and always updated to keep you up to date. That's why, in our website, you will find not only videogame guides but also tricks, secrets and thousands of tips so you can play to the limit. Are you ready to get it? Enter now and enjoy your videogame!
Captain Kaon - Beware of gravity ... ❯

Add a comment from SWTOR - Healers in the Universe