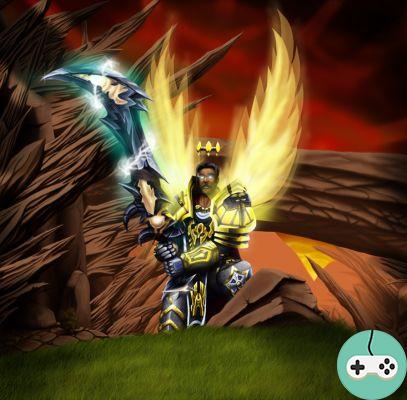 Today, for this third presentation of the series "class choice in pvp", we are going to discuss a so-called hybrid first class. Why hybrid? Because it's a damage class that also has healing spells, usable on it as well as on its allies. Among these hybrid classes are the Paladin, Shaman, Druid, Monk, and Priest. These damage specialty classes often take on a special dimension when played in groups. This is all the more true for the class we are going to talk about in this article: the retaliation paladin. 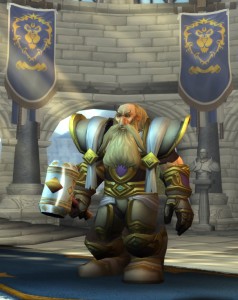 Bearer of light, defender of the widow and the orphan, fighting against the forces of evil, honor, justice, virtue, altruism are his watchwords. Well .. in theory. In practice, nothing prevents a paladin from playing alone, its healing abilities give it an interesting autonomy and just like every class, if played well, it is able to face any opponent. However, it is certain that the potential of the class would not be exploited to 100% and that it takes on another dimension in groups, in arenas or in battlefields. 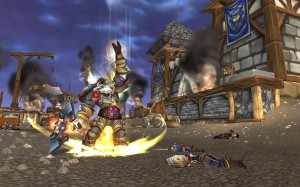 His support spells : the retaliatory paladin is truly what one might call a Swiss army knife. Obviously, inflicting damage is its main role. But it also has a large panel of spells that will make it a major ally for a healer or another damage class. First, with a protective hand, he can get an ally out of a “stunned” or “stunned” physical control. It can also make a wyvern sting disappear with purification. In addition, he has a hand of sacrifice that allows his ally to get out of magic control. Conversely, he can use this same hand of sacrifice to prevent a control intended for him. Something he couldn't do solo. The paladin also has several healing spells that will allow him to act as a backup healer in the absence of a player for this role. The word of glory, the flash of light, the hand of protection or even the hand of purity, can in many cases save lives. Retribution can also make his partners even more effective. His hand of freedom will be used by his teammates to move more freely in the battlespace and survive or kill more easily. As for the aura of devotion, it will allow them to cast spells without fear of suffering a counter-spell.

Massive damage phases: this is commonly called the "burst". Indeed, the retaliatory paladin does not apply constant pressure on his opponent. On the other hand, he has several offensive spells which, when combined, allow him to truly endanger his target. It is usually during the use of these spells, thanks to their intensity and the effect of surprise, that the retaliatory paladin will kill. Among these spells are Vengeful Wrath, Sacred Vengeful Talent, Inquisition, and Guardian of Ancient Kings. These are spells which, apart from the Inquisition, have a fairly long cooldown, but which are truly destructive and effective. 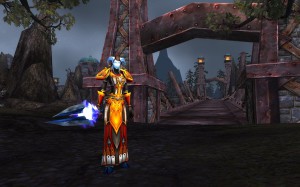 Its sensitivity to controls : The paladin has the ability to get his allies out of control quite easily. On the other hand, when he himself is the target of controls, he has very few means of escaping. To do this, he simply has the hand of sacrifice that he can lay on a partner in prevention of a control, the same spell that can be dispelled by priests, shamans, hunters, mages and the corrupted hunter of warlocks. . His final solution is the divine shield, which is also his biggest defensive spell. Using it to break a control can then be very dangerous if it becomes the target of attacks. In addition, it is very sensitive to disarmament and has no reduction against these effects.

Its controls : The main control of the paladin is the hammer of justice. It has a fairly long cooldown for this type of control and can also be dispelled by healers. The Paladin's second control is Blinding Light which has an even longer cooldown, limited range, and the inability to attack controlled targets. Apart from these two spells, Retribution has the ability to reduce the cooldown of the Hammer of Justice via a talent, or to choose a fear or knock out spell, which are however difficult to place for a melee class. because of their casting time, and the risk of suffering a counter-spell, which would prevent him from using any sacred technique for a few seconds. 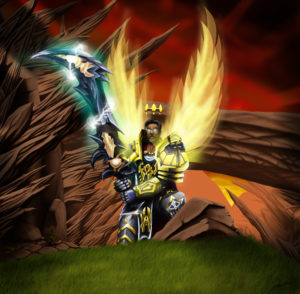 In terms of mobility, the paladin is not left out, he can dispel any reduction in speed or immobilization that would affect him, or make himself invulnerable thanks to the hand of freedom. However, despite this good mobility, the paladin is not a class with which one could frolic all over the map, as would a monk, or even a warrior. It is therefore a mobile class, without being ultra dynamic. Finally, I would say that the Retaliatory Paladin is a melee class that requires you to be as attentive to what happens to your partners as you do. Despite many changes that may be coming to Warlords of Draenor, this concept, which makes him excellent damage support and excellent healing support, should remain unchanged.