SWTOR - Mysteries of the Imperial Fleet # 2 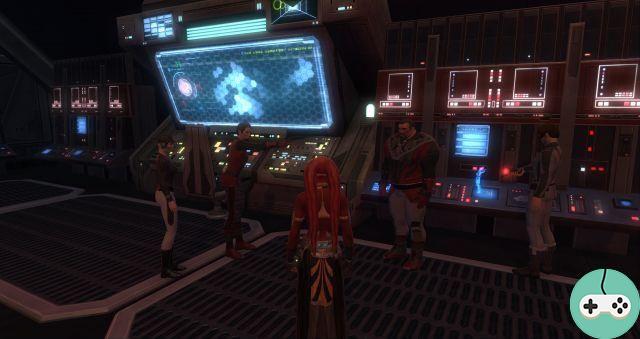 After a first part listing the most famous easter eggs of the Imperial Fleet, this second part will be a little more recreational.

During my walks in the corridors of the Imperial Fleet, I have indeed noticed something quite particular that I will show you in this article that we could call the "mystery of the clones of the Fleet" or " little stories of the Fleet's non-merchant NPCs ”.

But who are they?

As you walk around, and especially when looking at the non-merchant NPCs of the Imperial Fleet (but I imagine that on the Republic side we observe the same phenomenon) you will surely notice recurring characters but being in different places in different situations. different, and often in the same space-time. However and this is another thing that I have been able to notice, these characters disappear and surely appear according to the hour or according to a cycle defined by the game.

We can thus find the following main characters to whom I gave a nickname: 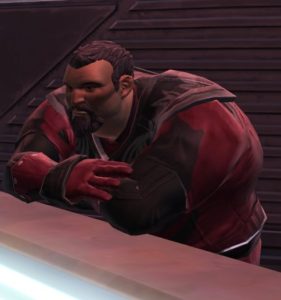 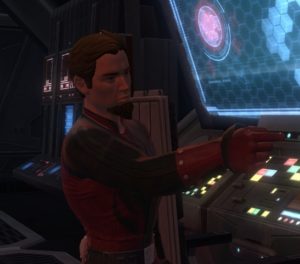 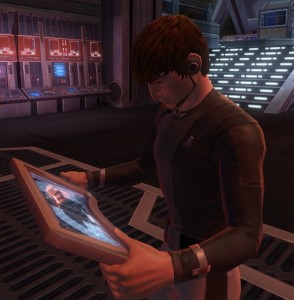 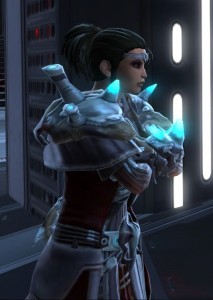 The most represented character: the Boyscout

The Boyscout is the most present character on all parts of the fleet, be it the Shadow of Ziost, the inter-fleet transport or the white Nova.

We can see him with his boss in the middle of a discussion: 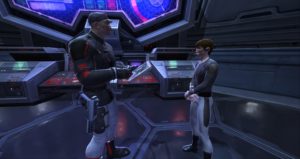 Again with his boss and a badly dressed bounty hunter 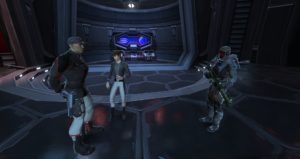 Always at work with his boss: 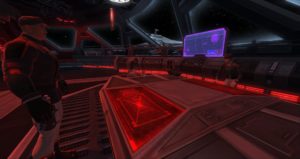 Being scanned by a droid: 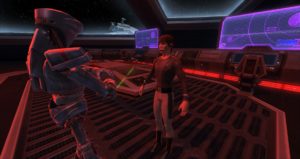 In the middle of a conversation with another droid: 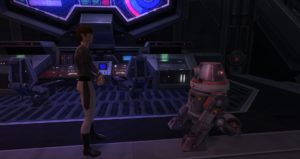 Or playing on his Galaxy Tab: 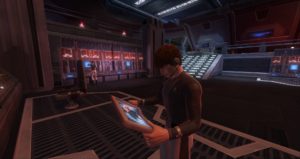 A story that takes place next to us ...

So once upon a time, a long time ago, in a galaxy far far away, an Empire soldier assigned to the Imperial Fleet. M. Costaud, because that's what he was called, worked under Barbichette on the White Nova, one of the main vessels of the Imperial Fleet. 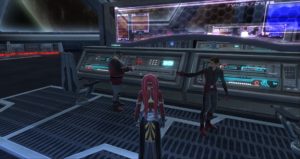 His work was going wonderfully well and often after a hard day's work Barbichette and he ended their evening at the Cantina to remake the universe until very late hours of the night. 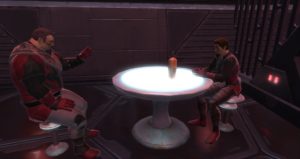 However, one day by mistake, M. Costaud made a mistake and unwittingly replaced the holographic powerpoint he had prepared for Barbichette indicating for his superiors the assets of a planet to be conquered by the holographic representation of a Twi 'dancer. lek quite naked ...

Barbichette did not like it at all, who had his superiors pull the goatee and decided to take revenge on M. Costaud. He then remonstrated with him in front of his colleagues. 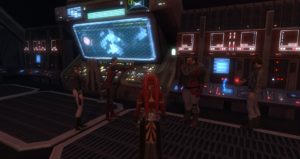 Barbichette then used his Hutt knowledge to punish Mr. Costaud by assigning him to the scouring of the fleet (there I have no images because playing a twi'lek I could not take a picture of him when he was cleaning the man of the fleet) but I surprised Barbichette in the middle of negotiations with the Hutt ... 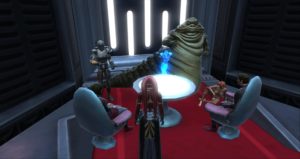 M. Costaud felt alone and abandoned and then began to frequent the Cantina more and more often and to indulge in all forms of alcohol in Bantha ..., sometimes looking with nostalgia at the holo dancers who had done him so much harm. ... 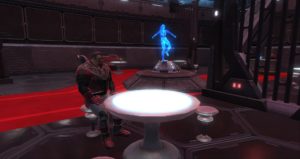 At the same time, a Sith Inquisitor was assigned to the service of the fleet in order to train the new apprentices of Darth Koban (name totally invented, if it is he has a real one but I did not find it…). 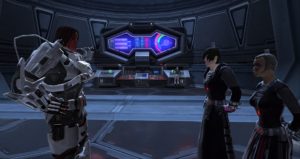 But his work in the service of Darth Koban did not suit him. Making the vase in front of the apprentice inquisitors was really not his thing. 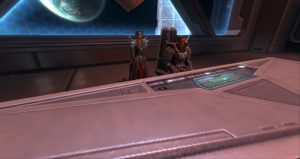 She often circled around the start area, towards the hot spots, looking for a group that might need her help but without success…. (and yet it is good level 50 T3 pvp stuff) 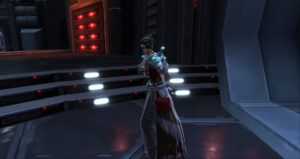 But, one day the improbable meeting took place, the 2 unfortunate ones got acquainted around a bottle of "Tatooine Sunrise". 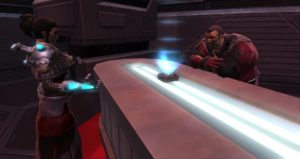 Apparently their story continues today because you can sometimes listen to them talk about their desires of adventure and more if affinities in the VIP Zone of the cantina ... 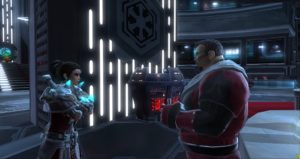 PS: you can also notice that there is also a very nice Twi'lek Inquisitor on my screenshots that you can see in many places but only on Mantle of the force or here on my blog.

add a comment of SWTOR - Mysteries of the Imperial Fleet # 2