Since Naoki Yoshida took over Final Fantasy XIV, he has been addressing the community directly through letters. The 47th was released yesterday, here's what we learn:

I take this article to let you know that Square Enix warns you against account theft. Many attempts have been reported. Fraudulent sites masquerade as the official site in order to retrieve your credentials. So stay cautious and follow the recommendations given here. And the news is running because we already know the date of the next beta phase that will start this Friday July 5 at 11 a.m. in Spain. As promised, during this beta we will have the opportunity to try themission tool, a system for grouping together for the various missions in the game.

Note that the engagement tool may not be available at the start of this phase as the QA team is still testing the system. It can therefore be included during an update during the beta. We will know more soon! 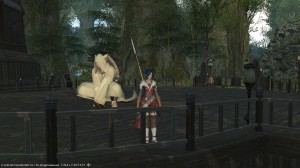 Find the 47th letter in its entirety here

Add a comment from FFXIV - Letter from Producer # 47 and Beta