After reading player feedback on the new PvP game mode "The Feast", Naoki Yoshida comes back to us to tell us about the changes he plans to make. 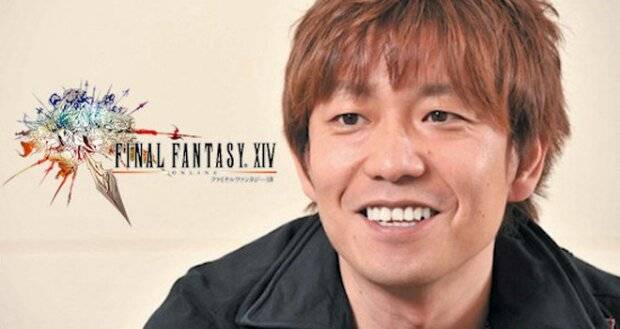 Our favorite Yoshi therefore informs us that the team has read all the feedback regarding "The Feast" and that they themselves have played (as often) with other players and participated in clashes on the official servers.

After reading the feedback and testing it “live”, changes will be made to the update 3.22.

Many of you have told us that the duration of the fights in 4 against 4 or 8 against 8 seemed to you too long, making the confrontations exhausting. We are therefore going to reduce the allotted time by 2 minutes: it will therefore be 8 minutes instead of the current 10.

We are also exploring the possibility of adjusting the number of medals needed to determine victory in 8v8 mode.

The reduction of the allotted time to 8 minutes will be implemented during the patch 3.22, and we are of course counting on you to give us your impressions on this occasion. Thank you in advance !

Adjustments to the course of combat

We have received a lot of feedback calling for the tempo of 8v8 practice fights to be stepped up, as having two healers per team has the effect of reducing the frequency of knockouts.

To meet these expectations, we plan to make various adjustments, including the triggering of the Carnage Phase as well as the frequency and location of Supply Drops, both for 4v4 and 8v8 modes.

First of all, with regard to the Carnage phase In 8v8, we will be making the following changes to its trigger level when no participant has been defeated for a period of time.

In the same way, modify the places, the number and the frequency of appearance of supplies in the arenas of the modes 4 against 4 and 8 against 8 should make it possible to make the combat more dynamic thanks to the use of the stimulants contained in the crates.

We will therefore start by adjusting the Carnage Phase of 8v8 mode during the patch 3.22, but we do not rule out the other proposals that have been made to us, such as reducing the number of palisades in the center of the arena to promote visibility, changing the frequency and position of the appearance of supplies or even adjusting the speed of filling the adrenaline gauge. We will probably implement them on other occasions.

Of course, we hope you will continue to give us your feedback!

This is another point related to the tempo of the fights. We want to do something to facilitate the turnaround, particularly with regard to the tanks, which are difficult to defeat even when they are suffering from the Heavy Medals effect.

We will also modify the number of medals for each cumulative degree of this effect as indicated below, which will have the effect of accelerating its evolution and making it very quickly annoying.

With these tweaks, we not only want to address the current situation where tanks are hard to knock out even when they've reached the 9th Heavy Medal degree, but also support strategy changes mid-battle, especially at the level of the distribution of medals between team members, for example, in order to prevent the clashes from remaining too rigid.

In your feedback, the following ideas came up very often:

This is in our opinion because players entering PvP for the first time as healers make easy targets and that spell / attack interruptions are much more frequent than in PvE (combat against monsters).


In addition, no PT consumption for the Sprint action in PvP, mages have lost the advantage they previously had to distance themselves from their opponents, which again is a cause of additional stress for those who are less used to this type of combat.

As I explained above, we want to speed up the tempo of combat and increase the utility of Supply Drops, which should reduce the pressure on healers. Our idea is to get the participants to develop strategies where one "defeats an adversary by concentrating the attacks on him, and this even if he receives care", rather than resorting to that which consists of "restoring the attacks. healers to prevent HP recovery ".

For that, we're going to make the following drastic change to interrupting magic spells.

This will make interrupting spells / attacks much more likely on the third hit of a combo or when critical damage occurs, but for damage below 15% of their maximum health, characters will still be able to cast their attack / magic. .

It will therefore no longer be enough to hit an opponent to prevent them from using a spell / weapon technique for sure, and it will give more weight to actions inflicting the Faint, Sleep or Silence conditions to achieve this objective.

Of course, it is difficult for us to know if the chosen limit of 15% of the maximum health is adequate, and for this reason, we would like you to let us know your thoughts and feelings while playing when this change is implemented.

In addition, remote physical DPS jobs like the bard or the machinist are disadvantaged in terms of the amount of damage inflicted compared to magic DPS, their attacks being more difficult to launch and suffering a penalty depending on the distance compared. to the target.

Therefore, in addition to the change mentioned above, we will make sure that attacks performed under the effects of Drifter's Minuet or Gauss Cannon are not subject to the damage penalty due to distance. However, it will be applied when the effect of these two actions is not active.

Since the introduction of the massive PvP system that is Deep Rock, we have received numerous notices telling us that the summoner's damage spikes (instant damage) are probably too high.

With The Feast slated to become the primary PvP matchup mode, with The Feast's 4v4 rated combat mode, we couldn't fully rely on the Boulder-based returns, so we didn't try to make any adjustments until now.

With the launch of The Feast, we saw that the summoner's damage spikes were indeed very high compared to other classes / jobs, and that his various periodic damage weighed heavily in the balance after a fight.

So we want to make some significant adjustments to the summoner's damage potential in PvP to address this situation.

We plan to implement these changes in patch 3.22. Their details will be announced in the patch notes.

Following some of your comments, we are also exploring the possibility of making adjustments to skill and value levels to strengthen the dark mage et the ninja.

They will probably be done in 3.25, so I ask you for a little patience.

In addition to the various changes mentioned here, we also intend to make changes vis-à-vis the difficulty of climbing at the beginning or at the level of grouping. We want to do everything to optimize The Feast before the start of the first season.

The latter will start during the implementation of the update 3.25.

We are going to make all the necessary changes as a priority, but if we ever find that there are any problems in the game, we are not ruling out the possibility of postponing the date of this first season by one or two weeks.

Big changes are therefore to be expected for the next update. Yoshida would like to remind us that it is crucial for them to have your feedback and advice in order to make precise adjustments to make this new PvP system more fun and competitive.

What do you think of the changes that have been made and that are planned?