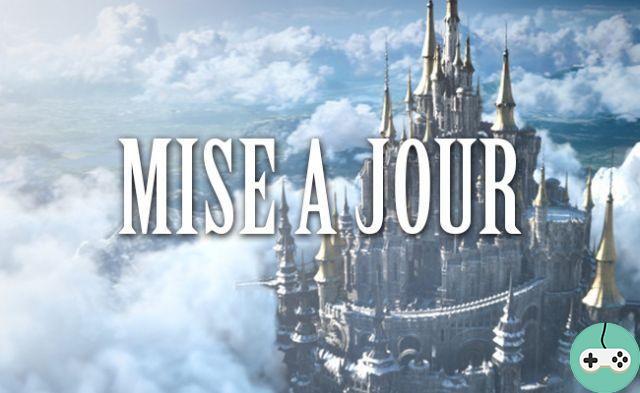 This morning update 3.07 was deployed. As announced during the last LL, it brings adjustments to the job, the addition of the TP bar as well as some miscellaneous adjustments in PvP, and on items.

Adjustments have been made to the following actions:

Adjustments have been made to PvP to improve balance:

Adjustments were made to the effects of Talismans obtained for red harvester assignats:

Des sea ​​food have been added to the list of items a servant can bring back from "Fishing Work" missions: Giant Blue Shrimp / Rock Mussel / Marimog / Sugarfish / Cerulean Coral

The chances of fishing a "Gurnard-galley" using a "Bestial Leech" have been adjusted.

Additions and modifications have been made to the list of team members:


Do you want to be up to date and know all the tricks for your video games? In gamesmanagers.com we enjoy playing as much as you do and for that reason we offer you the best tricks, secrets or tips for you to play non-stop. We offer you quality content and always updated to keep you up to date. That's why, in our website, you will find not only videogame guides but also tricks, secrets and thousands of tips so you can play to the limit. Are you ready to get it? Enter now and enjoy your videogame!
LotRO, Helm's Deep: The Burglar ❯