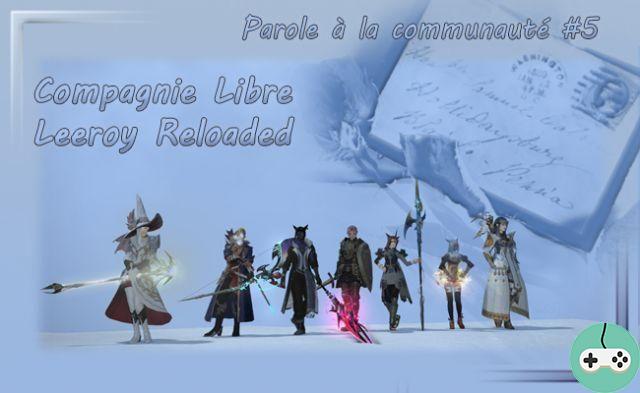 We're just days away from the release of the first expansion for Final Fantasy XIV. Free companies are in turmoil, impatiently awaiting D-Day. This is the case with the recently formed CL Leeroy Reloaded. 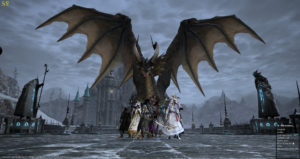 Hello, first of all would you like to introduce yourself to our readers?
Hello to you, first of all let me introduce myself: La Dominatrice, Officer in charge of recruitment, social networks and IG / IRL lashes.
Present on MMOS for more than ten years, I went through HL on WOW, casu on SWTOR to WTF / RP on RIFT then by a multitude of small Russian / Korean free-to-play MMOs and unidentifiable ^^.

Can you present your Free Companion?
Leroy Jenkins is a Legendary character known to every (or almost) MMO player for his mythical and especially crappy sweater! As a tribute to him and being for the most part in their thirties being on wow at that time, we named the CL so.

The CL Leeroy Reloaded officiating on the MOOGLE server, is a Free Company founded on the bases of the CL Les Ponys Qui Toussent which was disbanded after the bitter observation that despite the goodwill present, the PVE HL is inseparable from rules and regulations. 'compulsory individual investments.
From this observation was born this CL which will give itself the time pre 3.0 to form its roster, raise its craft to the max, and organize itself to rush the lvl 60 and the stuff on the first dungeons to go wipe with a smile on Alexander .
We are basically a group of friends who have known each other for more than four years and are friends IRL, SMS, Facebook, website, phone calls ... When entering our home you will find above all a sincere and lasting family atmosphere. IRL.
The CL is managed on a day-to-day basis by my husband IG the great Dark Apocalypse, assisted in my own tasks by myself and the PVE part managed by the RaidVoices. 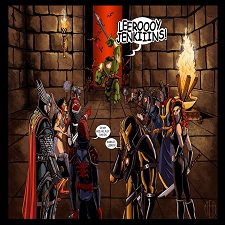 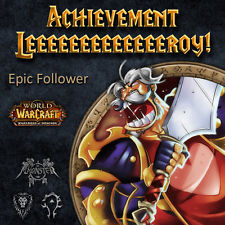 Where is your recruitment? What are you looking for ?
Regarding recruitment, we assume that the CL must adapt to the desires and needs of its members. We therefore recruit any mature player, posed and motivated to build together the future of the Free Company.

Indeed, we believe that the CL is built with all its members and not with a dominant elite which imposes its points of view.

In practice this gives a recruitment currently (pre 3.0) primarily focused on offtank and distance DPS. Our ambition is to build as many Rosters; autonomous, managed and RL by their Raid leader; as many people present and requests. 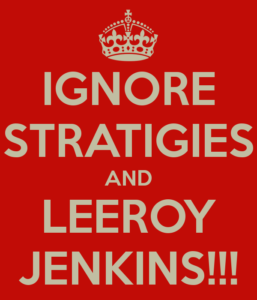 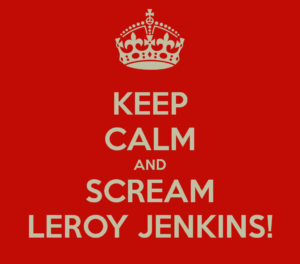 Overall, what is your opinion of the game? What do you prefer ?
After wandering from game to game for a decade or less, the majority of our players have failed FF more out of curiosity than sheer envy.

The game is designed in such a way that it quickly gets hooked. Addictive PVE, Housing present with customization, Complete and addicting Craft, Lore of the game respecting the FF universe and filled with easter eggs. For old and young alike, FFXIV unites and knows how to make itself indispensable.

And what do you dislike and / or miss?
After some time spent on FF, we noticed some small details which are unpleasant to us to use but which are more related to our past experience on the MMsS that we have practiced.
Several small points displease us that I cannot enumerate here (you will fall asleep) but here are the three most annoying on FF:

* ATTENTION these opinions are personal and do not represent the unanimous opinion of the players of our CL. We are by no means racist (brrrr what a bad word), nor nationalist. Moreover, these observations were the subject of long debates, no one really seeing them as obstacles making the game unplayable.

Heavensward's exit draws near! What are you most expecting from this expansion?
Ahhhhhhhhhhhhhhhhhh .... the 3.0! Our Messiah. We look forward to it like everyone else! The three new jobs directly accessible at level 30, the eight new dungeons, leveling up to LVL60 with the new AF sets (Dragooooooooooon drool ......), housing which will take a new turn with guild aircraft. ... so many new things!
What we are waiting for the most is the arrival of Alexander to finally see if our recruitment and organization efforts pay off quickly. A great step forward, nice scriptwriting surprises and for the best equipped the switch to DirectX11 !!!
In short, the early accesses are ready, the Red Bull packs are in the fridge, the coffees are ready, only a few days are missing! 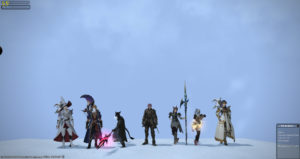 Other games in sight?
For those who have followed our adventures, they know that we are at heart the Coughing Ponies, Guild that operates on WOW as well as on SWTOR. After the relative failure of SWTOR's esteem, a large part of the Ponies turned to FFXIV to embark on this epic with friends.
Some of these Ponies have remained on SWTOR and continue to carry on the Poniesque tradition.
Apart from that, some of our Sons of Leeroy play alongside FF games such as LOL, CS Go, various MMOs and for my part my beloved XBOX One.

A word for the end?
How to finish? On Dark Apocalypse cooling off in Gemellia's twister after getting hot in the flames, on myself randomly rewarding Tc3s with my Finish Move Special Super Leeeeeroy Jenkins, on Adrien and his crappy jokes on TS earning him his rank " migraine"? No.

I will finish on the little "more" of the CL. Our level of play is not and surely will never be extraordinary, our finances are and certainly never will be flourishing, the pvp ... uh either, no, our little extra is our solidarity, our spirit of family, this warm atmosphere at play as when the game is off. IRL solidarity, IRL mutual aid!

We are not just avatars, lots of polygons and pixels, we are dads, moms, young, old, united by a common desire to succeed on Heavensward content and later but also to keep the IRL link .

Thank you to you for reading this (avé) pavé to the end. Do not hesitate to comment on this article, the things that are mentioned there and to let us know if you ever feel like trying the Leeroy adventure! 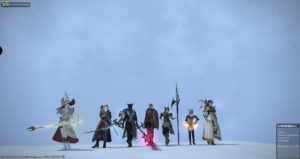 Thanks to Leeroy Reloaded for participating in the PCM! Good luck to them on their conquest of Heavensward.

rjprojectsonline (at) Gmail (dot) com). This section is yours, Compagnie Libre, Linkshell or simple player! You can also send us your creations, such as fanarts and fanfictions.