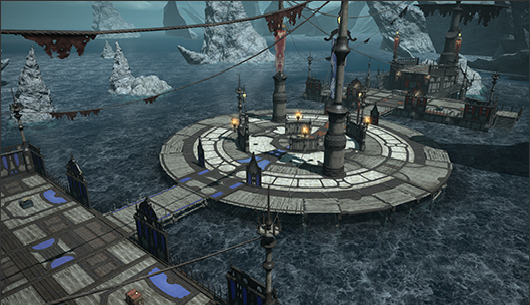 In this Lair of Wolves PvP combat mode, players must defeat their opponents in order to steal their medals, the number of medals determining which side wins.

Through a PvP scoring system and ranks, players are also ranked against each other over seasons, after which the best fighters receive special rewards.

Depending on the Great Company to which you have pledged allegiance, you will need to meet a specific NPC to reveal the different combat modes linked to the Feast. It should be noted that you will need to have a war or magic job of at least level 50 to have access to the quest.

However, access to the "Le Festin" modes itself is only accessible once level 60. 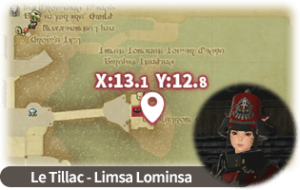 Order of the Twin Adder 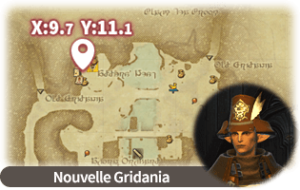 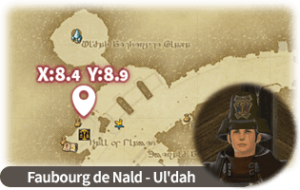 This quest, used to introduce this new PvP combat mode, is available as soon as "The Feast" becomes accessible.

Feast at the Wolf's Den 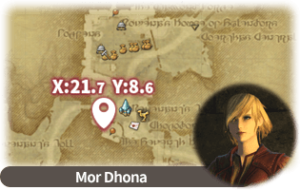 The conditions for participating in the Feast are as follows:

In Item Level Synchronized Battles, all pieces of gear that have an item level higher than the Synchronized Item Level have their stats reduced to equivalent values. Note that materia is also disabled during PvP.

Distribution of classes / jobs for each role

Before the start of the fight

The participants are divided between the two camps, the Crocs and the Claws, and start in the corresponding “cage” (starting point).

After a 60 second preparation time, the fight begins.

The effects of certain actions are modified or limited during the fights of "The Feast". This does not apply to PvP actions.

In addition, the Transcendence of the team is replaced by the individual action that is the Adrenaline Discharge. The adrenaline gauge therefore replaces that of Transcendence on the screen.

The use of consumable items such as food or medicine is limited during "The Feast" battles.

Meals taken before entering the instance have their effects canceled.

The following discussion modes are available:

However, these messages sent via these chat modes will only be visible to members of the same team.

The following discussion modes will be visible, but it will be impossible to participate:

Unlike other types of PvP combat, character names are displayed in full on their nameplates in "The Feast"

When a participant of "The Feast" is defeated, he can resume the fight after a certain period of time. He then suffers no penalty as a debuff.

Conversely, it benefits from the invulnerable state and instantly recovers all its PT and PM.

Conditions of victory and medals

Victory is awarded to the side which first obtains a certain number of medals, or to the one which has the most at the end of the allotted time.

All players start with a certain number of medals.

When a participant is defeated by an opponent, he leaves half of the medals he owned.

A player can collect medals on the ground by touching them. Their number is then added to those he holds.

If medals are not collected after a certain time, they disappear from the arena floor and are automatically returned to their previous owner.

Only medals left by an opponent can be picked up. It is impossible to recover those of his defeated teammates. 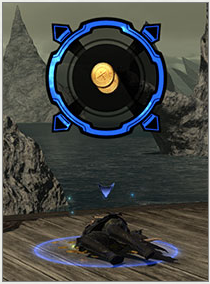 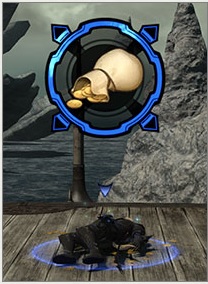 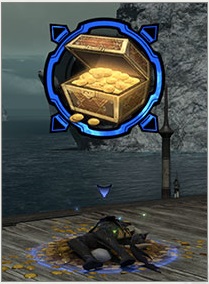 The following icons are displayed in the nameplate of participants according to the number of medals they hold.

Disconnection, abandonment and return to the game

If a character disappears due to disconnection or abandonment at the start of the fight, the medals he owned are left at the starting point of his camp.

If he disappears in the same way during combat, his medals are left where he was.

If he returns to the arena after logging out, his medals will be returned to him provided no other participant has picked them up.

If the fight is interrupted by a server problem, it is considered void. There is then no variation in the number of Wolf Marks or PvP score.

It is possible to check the combat situation at any time thanks to a window where the statistics relating to the clashes are displayed.

The Combat Status Window is accessible from Mission Info and can be assigned to a specific key.

Adrenaline rushes are individual transcendences. The more valiantly the player fights, the more his adrenaline gauge fills up.

In addition, adrenergic supplies appear during the fights of "The Feast", which allow this gauge to be filled more quickly. Once full, just use the “Transcendence” icon to launch the action.

If a player's number of medals exceeds a certain amount, they receive a condition condition called Heavy Medals, which increases damage taken by 10%.

This effect can be stacked up to 9 degrees as the number of medals increases.

Various types of supplies appear in the arena during combat. It is enough to destroy them to be able to obtain a "stimulant". Only members of the side that inflicted the most damage on the container can take it.

If no participant has been defeated for a period of time, all players receive a status condition called the Carnage Phase; which increases damage taken. Its effect lasts and amplifies as long as no one is KO'd. The Carnage Phase also has the effect of changing the weather in the arena.

This fight-specific value of “The Feast” varies according to the results at the individual level or for pre-formed teams of four players, and gives an indication of the strength of the participants. The PvP score can only change during so-called “ranked” fights, increasing with victory, decreasing when losing and remaining the same for draws.

It serves as a criterion for grouping participants. They are distributed between the two camps so as to avoid a significant difference in the balance of power.

The PvP score varies, but it has no influence on the selection of the opposing team by the mission tool.

Players are divided into “ranks” based on their PvP scores. They give an indication of their levels for the fights of "The Feast".

There are a total of five, which determine the rewards obtained at the end of the season. 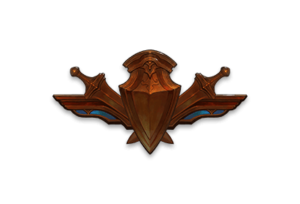 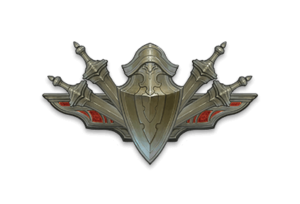 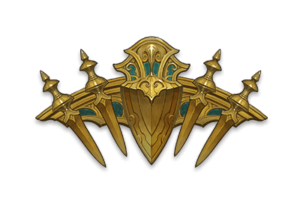 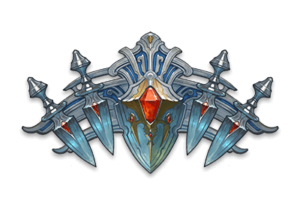 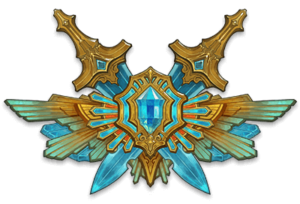 When a player's PvP score reaches a certain value, they have the opportunity to level up through Promotion Battles. He must then earn at least three out of five to be promoted. It is possible to check at any time whether a promotion chance has been granted by viewing the PvP profile.

The fights of "Le Festin" are organized in seasons. These give a very competitive aspect to this PvP mode, allowing players to compete against each other and climb the ranks for a set period of time. At the end of a season, those who qualify will receive special rewards. All players will then have their PvP scores and ranks reset.

Seasonal Leaderboards, compiled and updated daily based on players' PvP scores, can be viewed on The Lodestone.

These rankings will begin in the first season.

Obtaining victories in "The Feast" grants access to achievements, which allow you to obtain various rewards such as flying mounts or titles.


Do you want to be up to date and know all the tricks for your video games? In gamesmanagers.com we enjoy playing as much as you do and for that reason we offer you the best tricks, secrets or tips for you to play non-stop. We offer you quality content and always updated to keep you up to date. That's why, in our website, you will find not only videogame guides but also tricks, secrets and thousands of tips so you can play to the limit. Are you ready to get it? Enter now and enjoy your videogame!
SWTOR - Commando Assault (3.2) ❯

Add a comment from FFXIV - PvP Guide: The Feast