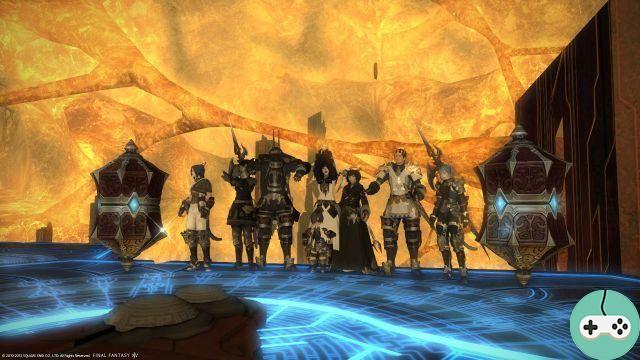 Most of you are probably battling it out with the versions Hard mode of our friends Ifrit, Garuda and Titan. Others have not even reached level 50 yet, but it will probably interest you to know where it is. PvE advancement at Final Fantasy XIV.

So far, the best performance is attributed to the Free Company "The Order of the Blue Garter", based on the Excalibur server. Indeed, this guild of players Legacy has already reached the fourth part (out of five) of Bahamut Maze ! A feat when we know that Naoki Yoshida, producer of the game, wondered about the number of people who could overcome this dungeon, implying that it would be extremely difficult to do so.

Moreover, Naoki Yoshida, present at the PAX Prime, himself commented on the performance of the members of this Free Company, who at the time of the events were blocked by a bug in the 2nd part of the dungeon:

Question: "What do you think of players attacking the very difficult new content in the game?" "

Answer: "How many people have beaten the primordial en Hard mode ? A large chunk of the players keep moving forward in the storyline, but this is just the beginning. The real game starts afterwards, with the very difficult clashes. But we just received information about The Order of the Blue Garter, who were the first to enter the Bahamut Maze. The fastest in the world but ...

We made this dungeon so difficult that you are probably going to cry. [...] In any case, the players can be really proud of The Order of the Blue Garter. "

In any case, according to the feedback from the players who entered this dungeon, the fighting will push us to our last entrenchments, which promises epic clashes.

Ah, last point, as you may have read earlier, The Order of the Blue Garter is a guild of Legacy players, hence their rapid access to the Labyrinth. Nonetheless, player guilds non-Legacy need not be ashamed, the most assiduous of them have already reached the second, even the troisième part of the dungeon!

Will Yoshida's predictions turn out to be wrong regarding the grueling difficulty of the Bahamut Labyrinth? One can worry about how quickly high level Free Companies manage to brave the trials of this dungeon, but the latter is holding on, the last part remains untouched for now ... but for how long? Either way, congratulations to The Order of the Blue Garter for their performance! 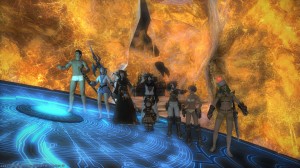 Add a comment from FFXIV - Quick point on the PvE advance!