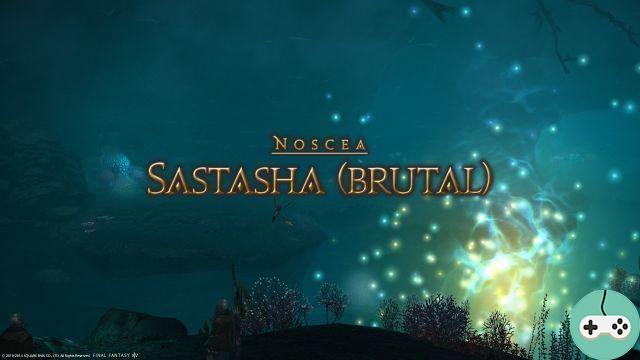 Deep in Sastasha Cave is a secret port once built by the Mistbeard Band, allowing a group to settle there and come and go unobtrusively. It is undoubtedly for this reason that the cave had recently been invested by the band of looters of the snake, pirates without faith or law in cahoots with the Sahuagins. But the indirect intervention of the Maelstrom had allowed Limsa Lominsa to regain control. It turns out, however, that a new group of intruders seems to have settled there. The testimonies of the yellow helmets show a presence that is not entirely human ... 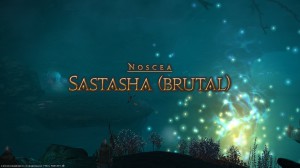 To access this dungeon, you will need to complete the quest The Forgotten ones of Sastasha and have completed the epic quest The Ultimate Pass of Arms. The minimum Ilvl required to enter is 80 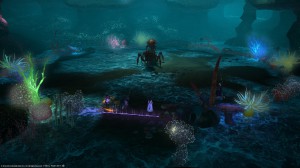 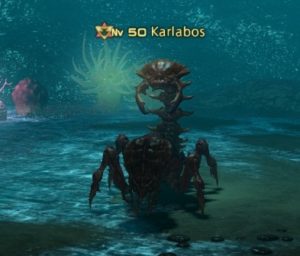 Here we are mostly dealing with a strategy that relies on the healer. Indeed, Karlabos doesn't have a lot of techniques. There is a tail stroke on the tank which has the effect of removing 50% of the tank's health. A second spell Marking...

... has the consequence of blocking your tank in place preventing it from taking any action. Following this spell, Karlabos send from 1 to 3 mucus balls.

Un debuff is then placed on the targeted players.

It must be removed very quickly, because one of the marked players will be targeted by the boss and this will take away almost all of his life points, leaving the player to 1%. If the debuff is still present, the player dies. You should know that the spell can be stopped by a stun. You are ready to kill Karlabos.

To access the second boss, a series of monsters block your way. Once killed, we come to our second boss : Former Captain Madison.

This boss is very talkative, he talks to you very often. A little advice: do not pay attention to insults, this is done to destabilize you!

You start by killing his 3 companions, then move on to the boss. Whenever a player is too far away from him, our captain rushes over and hexes him Torment of the cellar to 800 points of damage.

He takes for target a member of the group

To stop the shots, everyone needs to hit the boss, even if additional enemies are present. It is imperative: everyone type! Because with each shot, it takes a damage bonus and hits harder and harder. My advice here is to stay grouped enough to keep your tank from running around with the adds.

You are now rid of Former Captain Madison. Direction our last confrontation, Creak. And hop, back to our favorite octopus. This fight is very long, but is based on a very simple mechanism. We still have the right to bras you crack but we will finally be able to kill them. 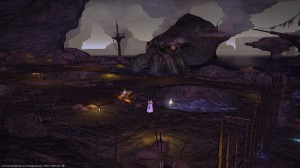 When engaging in combat, you have two types of tentacles coming out of the holes: les tentacles et les bras de kraken. You must kill arms and let tentacles. You should know that if you do not kill arms, these show tornadoes and therefore inflict damage on the entire group. Creak throws an ink jet all around him which causes blindness.

When you killed the 4 arms present the following message appears:

You just have to focus on the kraken, until reappearance arms et tentacles. This cycle is repeated until the death of kraken ...

Well done ! Sastasha is over!