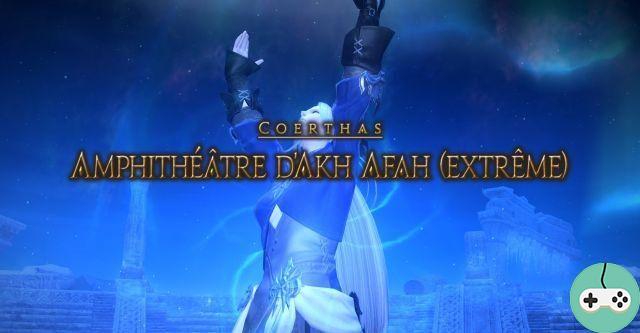 Update 2.4 was marked by the implementation of the primordial Shiva. Once you've triumphed over Akk Afah Amphitheater (Brutal) you can tackle the extreme mode of this fight. I will help you see things clearly so as to get past this extreme.

Urianger told you about an incident that occurred recently in the Coerthas in which a large amount of crystals were stolen by the heretics led by the enigmatic Iceheart. Fearing that their enemies will try to summon Primal Shiva once again, House Durendaire has requested your help. Go to the White Ridge Post in the Central Coerthas Highlands and speak to Drillemont for more details on this case. Looking forward to seeing you, Lord Drillemont told you how an Ishgardian military engineer unit was attacked as they redeveloped an abandoned village in Western Coerthas, allowing the heretics to get their hands on the crystals. He then instructed you to go near Snowmane, where an Ishgard Templar will guide you to a Primal Aetherite that leads to where the Snowfury is likely to be waiting for you. Don't waste a second and talk to the valiant knight! The Templar assured you of the safety of the place, near the etherite, but warned you that Shiva had been summoned. So prepare well to face the Ice Primordial again. 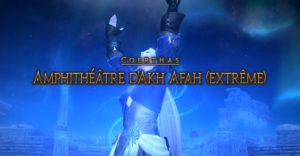 After the introduction begins the fight. The main tank must take the aggro of Shiva and flip her over so that she is facing him and the rest of the raid is behind his back. Position yourself in an arc around the central circle of the combat zone or simply grouped behind the boss.

After a few seconds, Shiva adopt one of the two possible postures at this time of the fight. In the video you can see that Mikoto starts with the posture Icy staff, Shiva shout the words Frozen lands, transmit to me your thousand-year-old wisdom. All players will then be targeted by an ice mark which will form a circle following them around them. During this named attack Hailstorm, they will have to move aside each on their own, to be the only ones to take average damage that they will not be able to avoid.

Once this is done, come back behind the boss. Shiva will follow up with a new attack, she screams Mighty stalactites. This is when several circles will appear around the combat zone with another circle which will be in the center. This attack is called impact of stalactites. The goal is to find yourself in the safe area between the circles around the room in order to avoid damage.

Note that if you stay in a circle you suffer average damage and get the penalty increased vulnerability which increases the ice damage you take for one minute. This is effective on all circles present in the fight. However if you cannot find the safe area, make sure you stay in only one circle, otherwise you will suffer twice as much damage and you will have the penalty which will be doubled.

Then come back behind the boss, Shiva spear the frozen illusion shouting O cold shard of ice, give me your strength which gives him bonus damage throughout the fight.

Note that she performs this spell throughout the fight, it can go up to 10 bonuses. However, if she isn't killed first, enrage mode kicks in and it's all over.

Shiva then changes posture to adopt that of Icy Sword shouting O ice, become my weapon and punish these impertinent. She then inflicts the attack Ice sword which deals 18 damage if your tank takes it alone. This is why at the time of the attack, your tank must return the boss to the raid in order to share the damage.

Warning ! In extreme cases, this attack must be taken for your whole group, unlike the brutal one where during this same attack the tank takes it alone. Above all, do not confuse otherwise you will all die! I speak knowingly !

She then launches the Celestial Strike which deals low damage to the raid and can at times knock players back a few yards.

Note that a breastplate or a scholar's treaty can counter this attack.

During this phase, she also casts Glacier collapse which inflicts heavy damage and the stun debuff for 4 seconds. This is why the tank must move away Shiva of the raid so as not to kill everyone.

The last attack that Shiva can use in this form is Fusion Glaciation which will deal damage to anyone who is not near her. 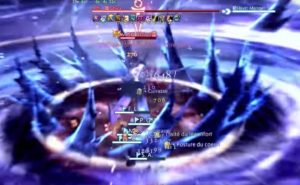 When the four soldiers are there, the secondary tank must take their aggro and collect them so that the DPS will kill them as fast as possible. During this phase, Shiva return to posture Icy stick. It is necessary again that the members of the raid while killing the soldiers, position themselves for the Ice Sword. You have one minute to kill them if at the end of this phase there is one left and the whole group dies. Shiva calls out May the wind and the light freeze everything and bring peace to this world! It then freezes the entire raid for a period of 12 seconds. 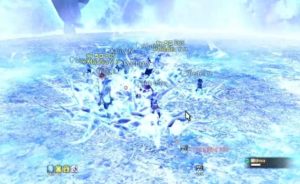 She screams May the diamond dust shatter you! and free everyone by throwing Diamond dust which deals medium damage to the raid.

The outline of the arena is enveloped in an icy aura. Players who touch it will be trapped in a block of ice and will take constant damage from it. TheIce pile must then be destroyed by the other members of the group.

She throws impact of stalactites which this time can have two effects. For the first effect there are two circles phase: For the first circle phase, 4 circles appear around the arena. This is where your group will have to form groups of two players who will stand in front of each of these circles. For the second circle phase, 4 circles appear around the arena and one in the center. What happens next will depend on the weapon that Shiva has in hand.

For the second effect, different circles appear. The goal is to make a round trip in green the first circle that appears, then quickly returning to the center.

Note that this mechanism is somewhat reminiscent of that of the bombs on Titan for those who know his struggle. Be careful not to confuse once again with the brutal. Indeed, in the brutal, the last circle to appear is that of the center while in the extreme it is the first.

During this last phase, Shiva gains a new weapon in addition to the Staff and the Sword. This is theIcy arc, she screams the words Enemy of the Dragons, the icy bow will pierce you with its arrows. During this arc phase, she launches two new attacks. The first is the Ice dance, she shoots a volley of arrows in front of her at 270 degrees. Right before this attack, all players, including tanks, will have to get behind it to avoid this fatal damage. 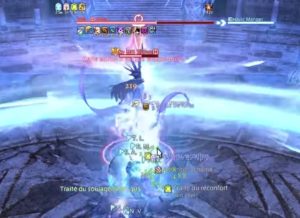 Once this attack is avoided, the tank will have to bring the boss to an edge of the arena to handle the second attack she uses with the bow. This attack is Avalanche, Shiva causes a blue mark to appear on a player. 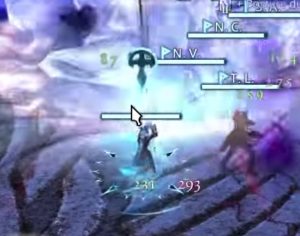 A few seconds later, the targeted player is knocked back and takes damage. So that this attack affects only one player, the best is to place the boss on one of the edges of the arena and to disperse the members of the group on the sides. Once the blue mark appears, the targeted player just needs to get behind the boss to be the only one knocked back, and if Shiva is at a good distance, this also makes it possible not to be transformed into Ice pile.

In this phase the attack Permafrost appears. Shiva freezes the arena floor screaming May the frost take you away. Your view is somewhat clouded by fog. It is important at this time not to move or you risk slipping and if you touch the walls of the arena, it will hurt.

Note once again a similarity with the prisons of Titan. Despite the freezing in the room which forces them not to move, healers and ranged DPS can continue to charge their spells without being worried.

You suffer the penalties Ice et Gelure for 50 seconds which is not curable with healer spells.

At the end of the fight, the Absolute zero appears. Shiva Launches a blizzard all over the arena that deals medium damage to the raid. The Permafrost also comes back: remember not to move especially during this attack.

Until the end of the fight Shiva chain these different attacks randomly: it's up to you to adapt and act accordingly.

Congratulations: you killed one of the last extremes before the 3.0 ! Hope this guide has helped you! If you liked the music, I let you consult the lyric article available on the site.

I will finish with a little trick that can also be used brutally. During the fight, you can guess the posture that will take Shiva according to its movements. Indeed, when she passes in posture Ice Staff, Shiva turns on itself while when it passes into posture Icy Sword, it goes up in the air in a straight line. For posture Icy Arc, she throws her hands up to the sky.

Add a comment from FFXIV - The Amphitheater of Akh Afah (Extreme)