The fight against Typhon and Orthros begins. Orthros is the perverse octopus! 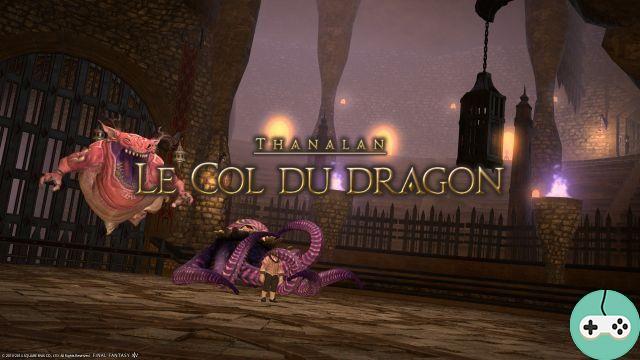 This fight is pretty cool and not overly complicated, but there are quite a few AoE spells to avoid. First, your main tank will take Orthros and turn it towards the outside of the arena.

The combat zone is a round platform with a trench all around. A lot of boss spells will throw you into it and that's why you have to avoid them. You should know that once you have fallen into this trench, you are declared out of combat and stunned for a short time. If all party members are stunned, the fight ends in defeat. On the other hand, an error occurred quickly but you can jump to go up on the platform if there is at least one person on it.

In fact, the goal of the fight will be to avoid as much as possible the zone attacks of the two monsters, their life points are shared and Typhon heals Orthros but very little. So you can focus on Orthros and finish Typhon afterwards.

Let's start with the simple areas

He makes an area attack around him, tanks and melee should avoid him (the one centered on him in the image). 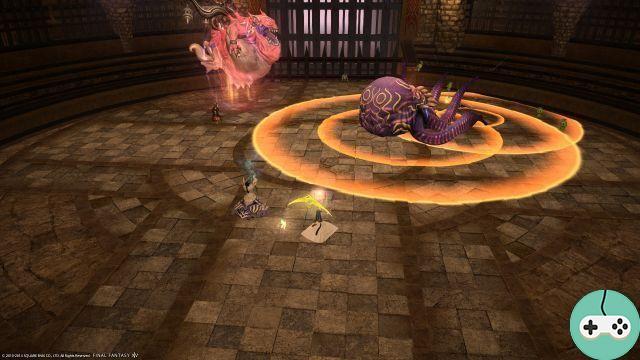 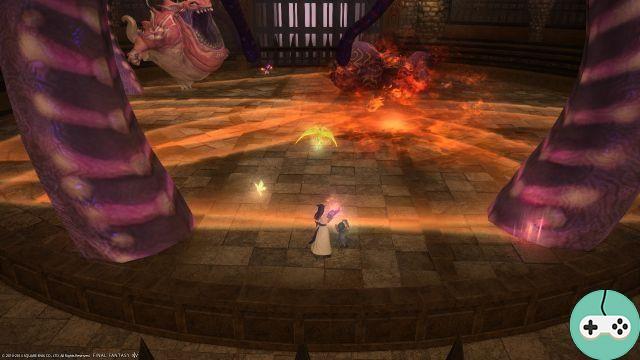 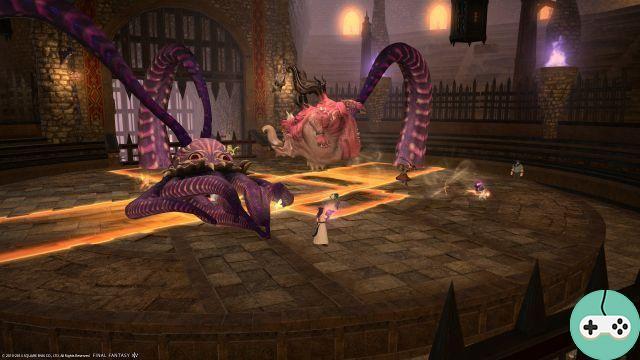 He also does small AoE attacks that spawn big cast weights. If you don't avoid them, you will be stunned. 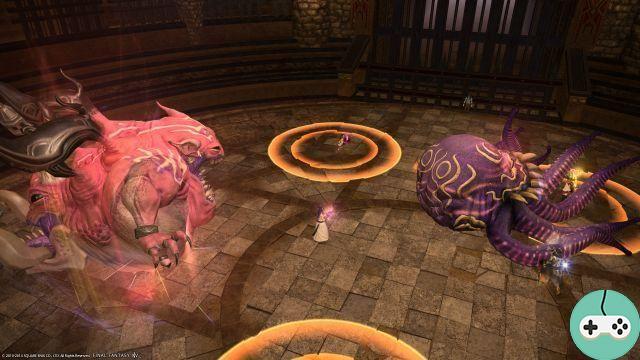 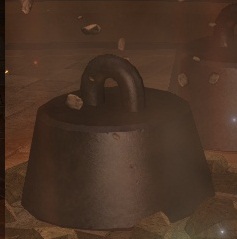 This kind of two-headed monster (no I won't play the "hehe he has a c-head" joke) is a master of the art of using wind (or sneezing).

He makes a targeted AOE (area attack) on a party member. This one will be thrown into the air and must move away from his group to avoid throwing someone else with him (a red symbol also prevents this attack).

He's also doing another simple AOE that he's going to run at a place where someone was (the small one this time, the one that isn't Orthros-centric).

In addition, he makes two very painful attacks aimed at knocking you into the trench.

One that he channels and that will jerk you away from him. If possible, position yourself so that you are far from the edge of the platform. The other attack is to blow wind through both heads. Very simple, you will have to turn to the rhythm of the boss. It spits and spins, so staying static can prove fatal. 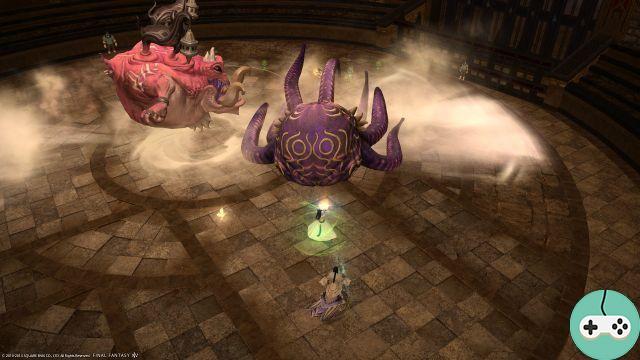 Their combined attack, crucial to winning the fight

The Kappa !!! (Too Too Too Beautiful Kawaii-desu ~) 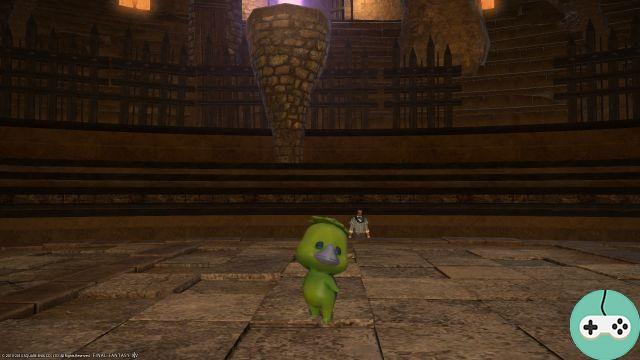 Basically, some group members will be transformed into Kappa (the DPS) and will have to go in front of Orthos (the octopus) to take his AOE (water) in a cone (stand where your tank dressed as a schoolgirl is). This will add stacks to each Kappa that takes it (note that you can hit Orthos with your hat to continue doing damage).

After a while, Typhon will move to the middle and turn all shiny pink. 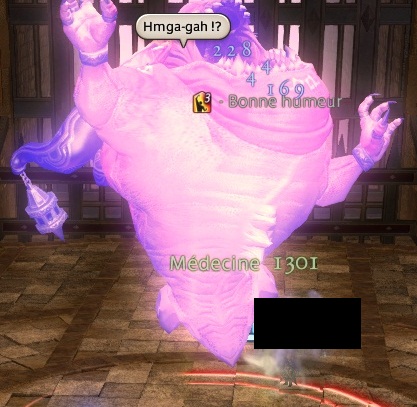 The members of the group transformed into Kappa will have to do the Kappa blow to him (you are going to throw your hat in the face) and it will interrupt his spell. It takes 8 stacks of the AOE of water from Orthos: so 4 DPS with 2 stacks or if one of your DPS failed you can have 3 stacks maximum per person since Orthros does his AOE 3 times before the spell Typhon (this spell pushes the whole group off the platform: mission failure).

There, now, gladiators to your arms!