Square Enix announced the arrival of a new dungeon and a brutal version for two existing ones for 2.2.

Remains of the City of Amdapor

This new dungeon is intended for level 50 players with ilvl55 equipment. You will have to finish the epic quest "The ultimate weapon pass" to unlock it via the quest "The Lost City".

Reaching its peak at the end of the 5th Astral Era, the ancient City of Amdapor flourished under the auspices of its prowess in white magic. But a Dark Envoy summoned by enemy powers plunged the glorious City into chaos. Sealed with difficulty within its walls, the evil presence signed the city's death warrant, which did not survive the Sixth Umbral Era. Today, the seal that has held the ruins for so long is weakening, and the evil that is eating away at the ghost city is stirring ... 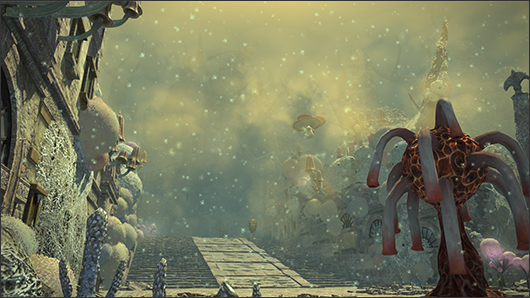 This new version is intended for level 50 players with ilvl 55 equipment. You will need to complete the epic quest "The ultimate weapon pass" and complete the dungeon in normal mode to unlock it via the quest "The invitation to carnage".

Halatali is a name that has made and broken many reputations. This underground palaestra abandoned following the Scourge is still imbued with the breath of violence that once agitated it. Following the investigation of the scene by the adventurers, the Ul'dah Coliseum Foundation decided it was time to reopen the arena to the public. In order to help her fighters discover new martial techniques, she too has decided to allow adventurers to mingle with the monsters and the professionals who train there. Battles will rage again in this altar to the glory of combat, whose austere walls will soon be stained with blood and sweat. 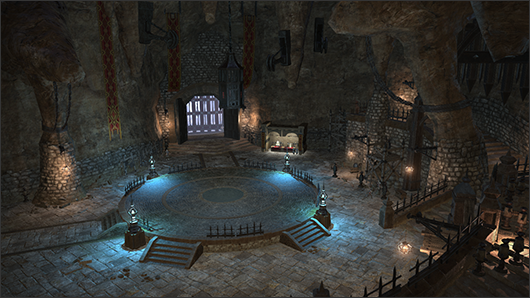 Exploration of the Bivouac in brutal is intended for level 50 players with ilvl55 equipment. You will have to finish the epic quest "The ultimate weapon pass" to unlock it via the quest "Couacs au Bivouac".

The Bivouac has been invaded by the Masters of the Hand, a brotherhood of scientific goblins who have decided to forcibly recover a secret cheese recipe that Brayflox once stole from them. Your comrade therefore called on you to defend the Bivouac once more and help it rescue its friends, notwithstanding the legitimacy of the Masters' vengeance ... 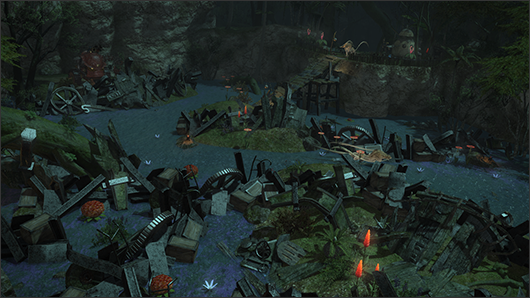 Does it make you want?


Do you want to be up to date and know all the tricks for your video games? In gamesmanagers.com we enjoy playing as much as you do and for that reason we offer you the best tricks, secrets or tips for you to play non-stop. We offer you quality content and always updated to keep you up to date. That's why, in our website, you will find not only videogame guides but also tricks, secrets and thousands of tips so you can play to the limit. Are you ready to get it? Enter now and enjoy your videogame!
MachiaVillain - Maleficently yours ❯

Add a comment from FFXIV - The dungeons provided for in 2.2