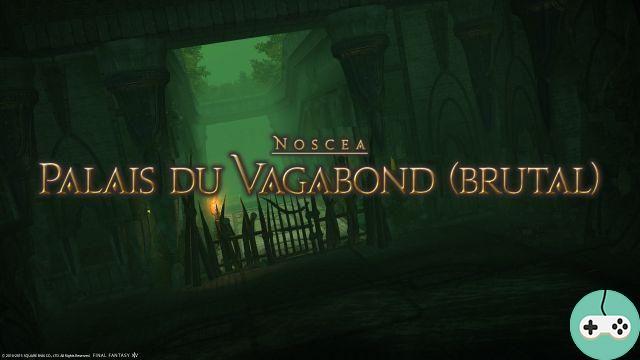 The first boss, Koheel Ja, intends to burn you. He will attack a random player with a fire attack. His other major attack involves throwing spears into the ground. They make fire AOEs and inflict a condition causing you to lose health. Kill them quickly.

When you are done playing with fire, continue your progress to help your fellow Tonberry. Groups of Mamool Ja will be gathered around banners. Take them out of the area of ​​effect to kill them, the latter increasing their abilities.

You manage to Zolool Yes, the second boss. Here it is a happy mess. Flags will appear during the fight. They are different colors and each gives an effect: increased damage, decreased fire resistance, slowing down, transforming into a frog ... You will not know the effect of the flag until you have touched it.
Additionally, the boss will turn one of the players into a toad. One of the totems will be able to remove the transformation.

Zolool Ja eliminated and a few tonberries saved, head for the cleaning of the wastewater treatment plant where you will come across charming enemies: Purulent abscess accompanied by purulent pustules. In this place, you will be non stop under poison and the monsters will add a layer of it.

It will then be necessary to activate a drainage valve to lower the water level in order to continue moving forward.

No time to take a shower, the dreaded Molaa Ja Ja waiting for you ! It is not very difficult and will mainly require you to move regularly. There are several ways to annoy you:

The easiest way is to stay close to him in order to avoid AOEs quickly. 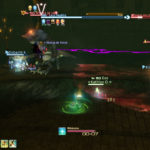 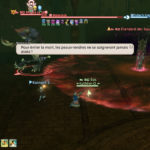 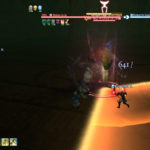 There will be two other enemies that will invite themselves during the fight, they are easy to eliminate.

Add a comment from FFXIV - The Vagabond's Palace (brutal)