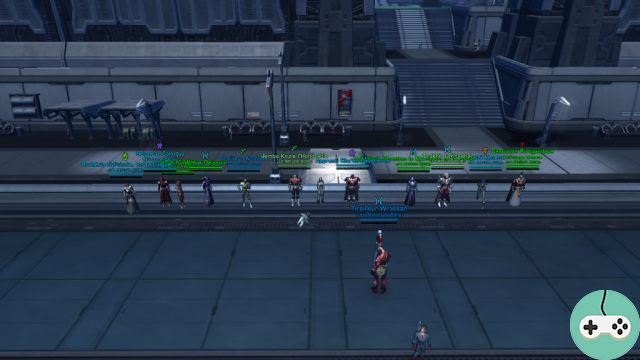 This Sunday, two events were taking place on SWTOR's servers. Things are moving in the galaxy!

The Le Refuge Noir guild organized a Manhunt from 15 p.m. to 18 p.m. on the Imperial fleet of the Battle Meditation server. Everything went very well and it allowed meetings with very good-natured players.

The principle was to find a person by following the clues of the people of the guild, given at each stage. The puzzles were pretty straightforward. Can you guess where Brahesia, the fugitive was?

The winners left with some nice prizes: 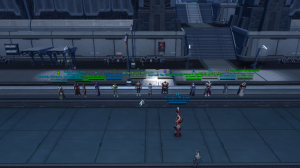 I previously told you about the event (here) and Blafarus sent me a report. The event started around 16:15 p.m. A quarter of an hour late, which is due to the harmonization of the actors, who for some had just discovered their character. On Mumble it was very hectic. After having made wait the players who were already present but could not find the corpse (normal it was in the morgue), we were able to launch the event. 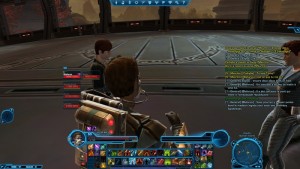 There was a large crowd, which was difficult to manage, each participant who arrived was not necessarily at the same level as the others in the survey and since we had to come back several times to see the actors, it was was very difficult to deal with but they made it through. After a good half an hour, the first questions rewarded with prizes for the first correct answer were launched. There were two categories of questions: 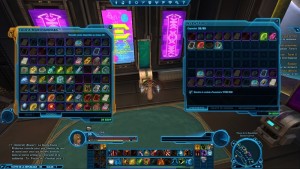 you have not had your lot?

After three bullets, 5 finger sprains, ten questions and several hundred wanting to add corpses to that of Voss, the culprit was charged by a person. Congratulations to Skyma who, after about an hour, has managed to find the solution to this rather twisted riddle. 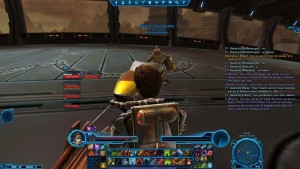 It took half an hour before other people found the solution and some found it at the last moment, around 18pm when the event was closed to give everyone time to go to Dromund Kass for the surprise. 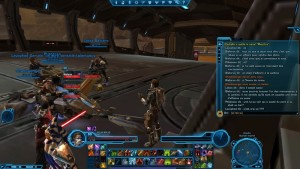 On Dromund Kass, after having gathered about fifteen people, the surprise was able to begin. It was nothing but an IG wedding! It was rather tense, as the bride and groom are in full preparation for their real wedding and as it was a surprise they were not aware. With the holidays, it had been over a month since we had any more news. The biggest relief was seeing them connect before the event and the hardest part not telling them anything because our nerves were on edge.

The improvised ceremony went well and we decided to offer more prizes via questions to everyone on the planet and finally to go for a naked race to the black temple for the bride. 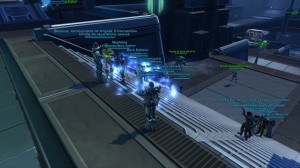 So much for the event. We wish our best wishes to the newlyweds. Hope to see more of you for the next event. Besides, don't forget the massive PVP of September 9.


Do you want to be up to date and know all the tricks for your video games? In gamesmanagers.com we enjoy playing as much as you do and for that reason we offer you the best tricks, secrets or tips for you to play non-stop. We offer you quality content and always updated to keep you up to date. That's why, in our website, you will find not only videogame guides but also tricks, secrets and thousands of tips so you can play to the limit. Are you ready to get it? Enter now and enjoy your videogame!
Past Cure - Take a pill and go to sleep! ❯