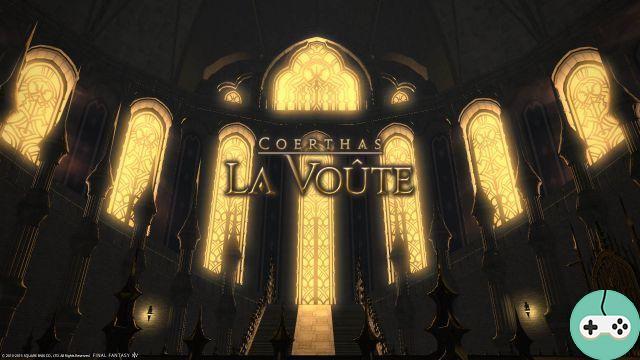 Accessible at level 57 via the epic, the Vault is located in the heart of Ishgard. 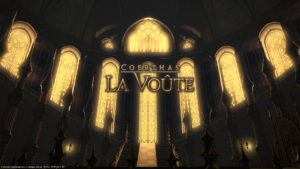 You are starting to get used to it: eliminate everything that crosses your path while not forgetting the chests.

After this little walk, the first boss awaits you: Sire Adelphel. Like the next ones, he will transform into a much more powerful knight after a few hits. It has several attacks: 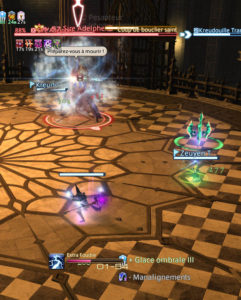 When you have shown him who is the boss, Sire Adelphel will take flight, leaving the way free to continue the visit of the Vault.

We always think of looting the chests:

Then the passage will be blocked. Two Hero's Faces will appear and a door will open when they die.

After having traversed the long corridors, a second Knight of Azure wants to face us. This time it is Sire Grinnaux. Like its counterpart, it will transform.
It uses several area attacks:

Don't dawdle too much to kill Sire Grinnaux otherwise you will have the arena filled with Dimensional Rip which will make it harder for you!

After defeating the second Knight, continue on your way while collecting the chests.

In the last circular room, watch out for enemies that will appear, summoned by the priest. If your tank is a little soft in the knee, others may leave a few teeth ...

After all its rooms and corridors, you finally reach the last Knight of the Azure. He will also transform and use various attacks:

Halfway through his life, Sire Charibert is determined to burn you alive. He will place himself in the center of the combat zone and will spawn several Holy Fire around him. You have to kill them quickly or else they will explode and deal serious damage to you. purity of heart
During this time the puppets placed at his side will make some AOEs online.

Once this phase is over, all you have to do is continue the fight, paying attention to his attacks. The only thing that changes is Celestial Flame which will now happen twice.
Good luck for the future !


Do you want to be up to date and know all the tricks for your video games? In gamesmanagers.com we enjoy playing as much as you do and for that reason we offer you the best tricks, secrets or tips for you to play non-stop. We offer you quality content and always updated to keep you up to date. That's why, in our website, you will find not only videogame guides but also tricks, secrets and thousands of tips so you can play to the limit. Are you ready to get it? Enter now and enjoy your videogame!
The Sims 4 - Snow Getaway Expansion Pack - First Look ❯