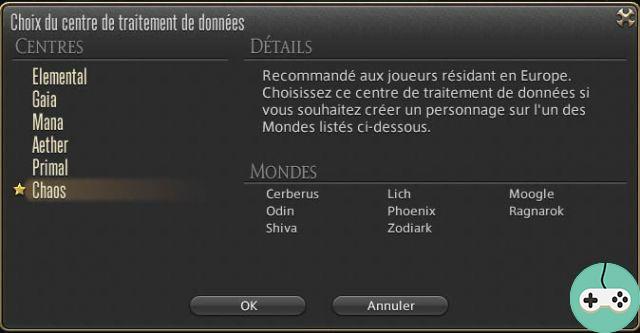 Let us first recall how the Final Fantasy XIV servers are organized before entering the details. The servers, called worlds, are grouped together in data processing centers, this functionality allowing the mission tool, for example, to form groups by drawing players from the servers of the same center. There are currently 6 centers:

Chaos is the data processing center recommended for European players when creating a character, so it is quite naturally the latter that will be transferred to Europe, allowing to obtain a much more adequate ping in Eorzea! 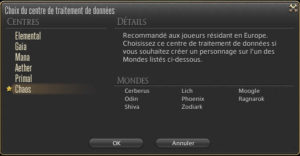 This transfer will of course take time: the team counts between three and five days to carry out this operation. As we will not be able to play during the transfer, impacted players will benefit from a extension of their subscription, the duration will be equal to that of the maintenance.
To be eligible for this compensation, you must have one or more characters in a world of Chaos (Cerberus, Lich, Moogle, Odin, Phoenix, Ragnarok, Shiva and Zodiark) since September 18 at 9 a.m. GMT and that your subscription is active at the time of maintenance. 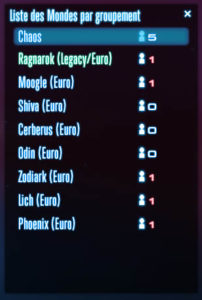 In addition, so that everything goes as well as possible for the community, world transfer will be free from a world of Chaos to a world of Elemental, Gaia, Mana, Aether or Primal, one week after maintenance. So players who prefer to play in a world on another data center than Chaos will be able to migrate for free. The reverse will not be possible.
Note that if you make this transfer but then change your mind, you will have three days to change world as for any transfer.

The team ends their briefing note with their apologies for the "inconvenience caused by this long-term maintenance" and hope that we are fully satisfied. We bet that will be the case!

add a comment of FFXIV - Transfer of Chaos to Europe: more details