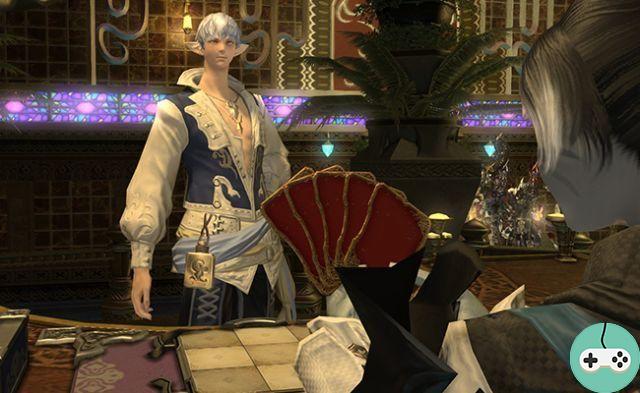 Update 2.51 introduced Gold Saucer on official servers. This update has added many activities among which is the Triple Triad card game. Triple Triad is a card game that was first seen in the game Final Fantasy VIII. Its operation is very simple which makes it quite addicting so be careful before you start!

To visualize in action what a Triple Triad match gives, I offer you a video guide that will explain the basics of the game and show you the progress of a match.

Now that you can play the Triple Triad, you'll need to know the basics. Now if you go to the Character window you have a new Gold Saucer field and in this you will have a Games tab. 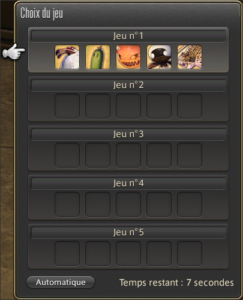 Here you will be able to save up to 5 different game sets that you can choose for certain game modes. 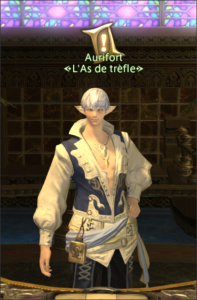 You can create your own deck of cards, but there are some limitations. The cards have a certain rarity (from 1 star to 5) and, depending on the number of different cards in your collection, you will be able to put more or less rare cards in your deck: 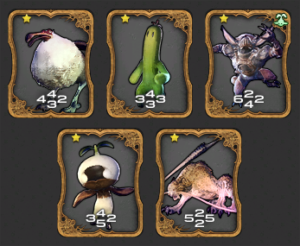 You are playing on a 9 square 3x3 grid. One after the other, you and your opponent will have to put a card on the board. If you put a card next to one of your opponent and the number of your card on the opposing card's side is greater than that card on your side, then you capture that card, it takes the player's color.

Once the checkerboard is filled, the winner is the player with the most cards of his color, counting the card that the second player still has in his hand.

As mentioned above, there are several rules of the game. When facing an NPC, it is this one who sets the rules. When facing a player, it is the one who launches the challenge who chooses them.

Tournaments are available regularly at the Gold Saucer. You will be able to earn certain cards there which can be very rare. To register, all you have to do is talk to the scorer located at the Square des duellistes at the Gold Saucer (4, 7). 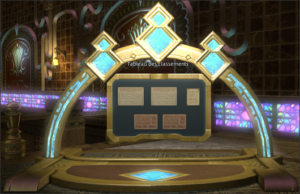 The ranking of a tournament is defined by the number of cumulative points that each player wins. The number of points won per game will depend on the outcome of the game as well as the ranking of the player against.

You can view your tournament rankings at any time by talking to the scorer you are registering for.

Now that you know everything about the Triple Triad, all you have to do is collect all the cards and become the best player!


Do you want to be up to date and know all the tricks for your video games? In gamesmanagers.com we enjoy playing as much as you do and for that reason we offer you the best tricks, secrets or tips for you to play non-stop. We offer you quality content and always updated to keep you up to date. That's why, in our website, you will find not only videogame guides but also tricks, secrets and thousands of tips so you can play to the limit. Are you ready to get it? Enter now and enjoy your videogame!
Marvel Heroes - The Acolytes ❯

Add a comment from FFXIV - Triple Triad: how it works