Marvel Heroes, as its name suggests, is a game that gives pride of place to the heroes of the different countries that Marvel Comics has visited over the course of its numerous publications. And if we love these heroes, their stories, the adventures they face and that they often manage to overcome, it is also thanks to those around them. They do not look bad, they sometimes have nothing special, heroic, and yet, some secondary characters (or who are simply not at the forefront of the Marvel universe) have been able to mark the memories. Logically, to stay in the spirit of the comics, Marvel Heroes has therefore equipped itself with a system of acolytes (Team-Up) which, as in the various stories told, give a hell of a boost to kick the buttocks of ugly naughty. 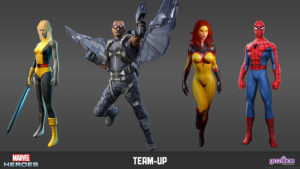 A companion can be useful in many ways, depending on his or her own talents. While some will be true colossi capable of taking slaps that even your hero could not bear, others will have a much more passive use. Concretely, there are three modes that allow you to "configure" your Team-Up:

But that's not all, of course. A not-so-distant update significantly improved the interest of companions, giving them a bit more complexity and consistency through a skill tree. Some skills are active or passive spells, like the ones we use on our own character, but others are skills that benefit the player when the Team-Up is away, which can add interest to the mode. passive in certain Hero / Team-Up combinations. 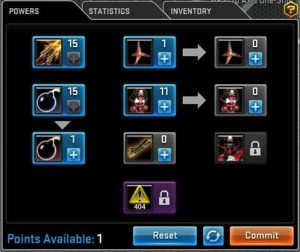 In addition to this, equipment benefiting the Acolyte and / or the Hero he is accompanying can improve the base statistics of the Team-Up, not to mention the significant effects that can give certain cosmic equipment (colored yellow).

In the end, what will piss you off the most is the time it takes to bring a companion to the maximum level and the lack of experience bar to know how close you are to the next level. In the later levels (a companion that can reach level 60), his absence is really felt.

And in the future?

In addition to the list of companions that is growing day by day, Gazillion has promised the arrival of a synergy system of Team-Ups, which could bring bonuses to make his characters even more powerful and flatter fans. if these bonuses are given between characters who have rubbed shoulders in the comics (Quicksilver and the Scarlet Witch, for example, who are brother and sister). Now we just have to wait and dream.

And if you are wondering who will arrive next, this is where you have to drool.

As we like you, here is the Pokédex the list of all the Team-Ups currently accessible in Marvel Heroes 2015:

Whether it is through successes or by collecting Shards of Eternity, or even by putting your hand in the wallet, indulge yourself and go catch the one with whom you want to share your adventures!

Rose in the Woods – Aperçu ❯