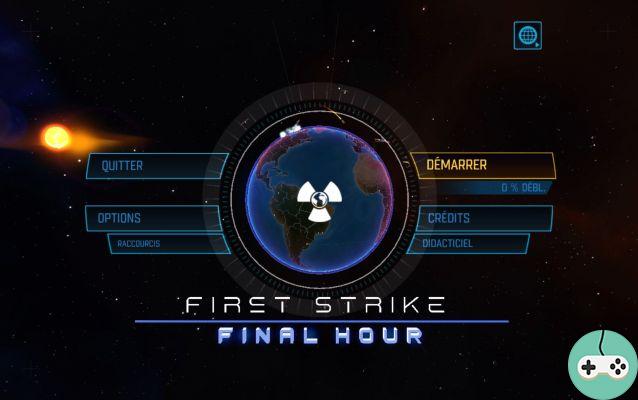 First Strike: Final Hour is a real-time strategy game originally released on mobile that has just landed on PC. On this occasion, I was able to play it, but before getting down to business, I'll let you discover the trailer:

There is only one mode available at the start of the game, plus a few other buttons for options, credits ... 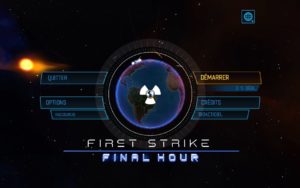 Without going through the tutorial (which starts automatically anyway when I start my first game), I start and have to choose my nation. Not being particularly good with this style of play, I choose the easiest nation, the United States. There are also Western Europe and North Korea available. 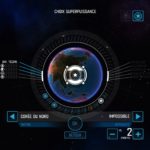 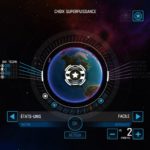 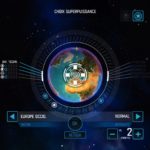 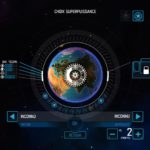 Then comes the choice of the super-weapon. There are only three unlocked, for two possibilities, so I don't have a great choice yet. 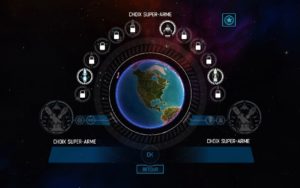 Once in the game, the tutorial overlaps the game and shows me how to play. The concept is quite simple: I start with five or six countries or states. On these "tiles", I have access to different actions: attack, create weapons or do research. In addition, depending on the situation, I could also defend if I am attacked (and that I have defensive weapons built here) or extend my domination (if a land is free on an adjacent square). 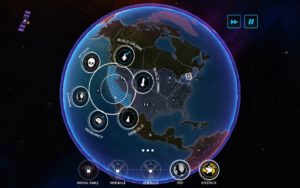 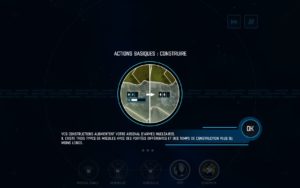 The research is organized in the form of a tree divided into two categories, efficiency and missiles. 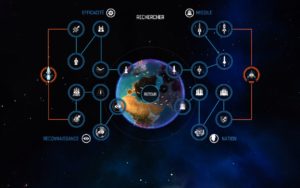 Whether it is the construction of weapons, the attack, or the research, everything takes time, but there is no management of resources, the only limitation comes from the tile itself which can only accommodate a defined number of missiles. 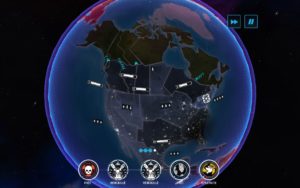 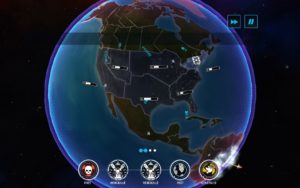 In addition, special abilities are at the bottom of the screen and allow you to give temporary advantages, for example highlighting all enemy and friendly countries, or even launching a mega-big attack! 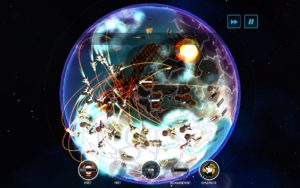 Although the mechanisms are quite simple, there is a strategy to be found in order to succeed in conquering the world while ensuring control of your countries. Annihilation is never far away, weapons are destructive and it is not uncommon to destroy several of its areas while seeking to take control of an enemy a little too close. Or quite simply not to arrive on time, because when it comes to conquering the Americas, it is not easy to have an eye on Europe ...

You really always have to be careful to have defensive missiles ready, because the attacks come from everywhere and fall at any time. So, launching research and reloading your weapons all at the same time is really not a good idea. It is better to distribute the actions on the Globe to be able to react in the event of hostile action. 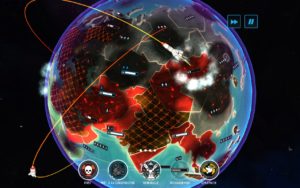 The games last more or less long, on average about thirty minutes. Each victory unlocks access to new countries, new weapons. In two parts, I unlocked about ten%, including access to Russia. 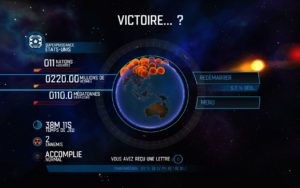 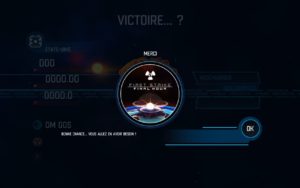 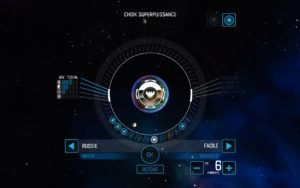 Without being transcendent, I admit having fun with First Strike: Final Hour. Although a little lost at the beginning (the tutorial is really quick), the handling is easy and the mechanisms are easily assimilated. There are not billions of possibilities, we are not in a complex RTS with drawer options leading to consequences as diverse as they are varied. There is much less to choose from here, but it is nonetheless addicting. All-out war is spreading across the map, countries are won, others are lost, towns get wiped out over inattention and that is kind of funny ... Although in these troubled times that we live in, I don't I was nevertheless able to prevent myself from having a little thrill, hoping that this does not bode well for the future of our planet and remains an unpretentious entertainment.

If you're feeling like the soul of a world destroyer, First Strike is available on The Humble Store and Steam:

add a comment of First Strike: Final Hour - Control the world with your nuclear bombs