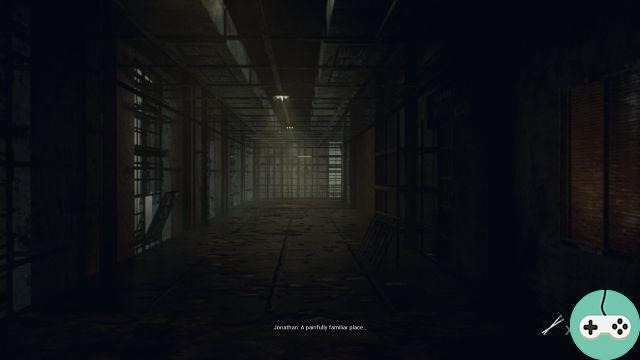 Inmates is a new psychological thriller coming out tomorrow on Steam. Before moving on to the complete video guide that you will find at the end of the article, let me introduce it to you ...

When launching the game, I advise you to immediately go to the options to play it in spanish, it will indeed be by default in English (since I started my first game in English, don't be surprised if some screenshots are in English below, the game is 100% translated). 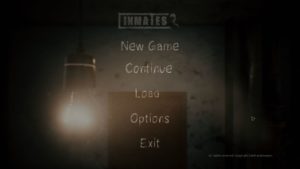 Without really knowing what I'm doing there, I find myself at the bottom of a gigantic staircase floating in the air, defying the laws of physics and disappearing into the shadows. I go up, my character gasps in an oppressive first-person view. In cages hung in the center of nowhere, barely lit prisoners are agonizing. The atmosphere is immediately given, it's creepy, and it will remain so throughout. A bell rings at regular intervals and the stairs move, stones crash next to me ... Where am I? 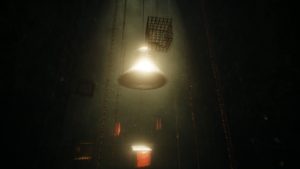 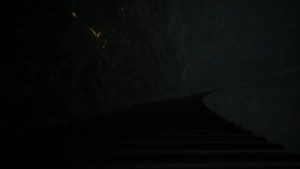 I pull on the bell rope and fall, finding myself in a prison. My character, without really knowing why, recognizes the places. They seem familiar to him ... But he has no precise memory. So I go exploring, my cell is not locked, with the initial objective of finding painkillers to relieve his headache. 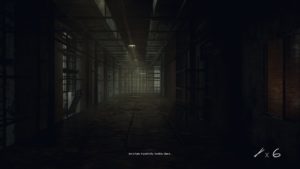 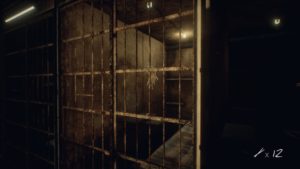 And it is not the continuation of the adventure that will fix things, because I meet many disturbing things in the cells, altars to strange gods, inscriptions scribbled on the walls, children's toys ... . 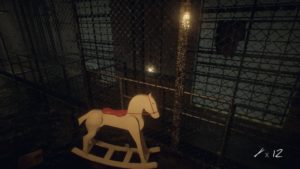 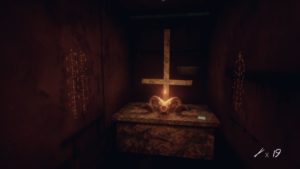 Here and there, I discover notes giving information on the places, maps, biblical quotes, comments on past events, offering me clues on the reasons for my presence. All the interactive objects can be used by left clicking, allowing you to watch or take depending on the situation. It is just a shame that in the FR version (on the right) the texts are not as pretty as in the original version (on the left). Finally, it is probably better to understand even if it is not so beautiful! 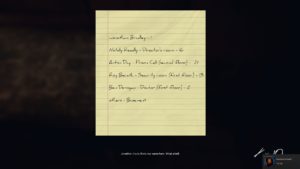 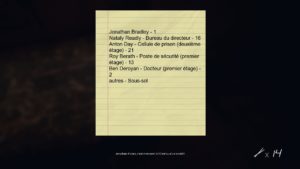 In interactive objects, there are matches everywhere! This is the only solution to illuminate dark places, the match being scratched with the right click. 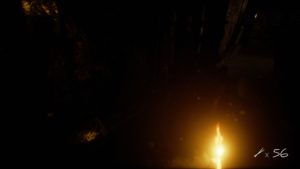 Here and there, puzzles have to be accomplished in order to unblock the situation, doors most of the time, some cells loving to close without warning. The gameplay is varied here, however generally requiring to have observed the surroundings well, the clue being never far away. However, there is no way to pass these puzzles or get clues if you dry up. You have to find or go crazy like the occupants of this prison! 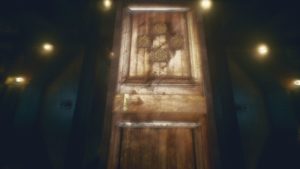 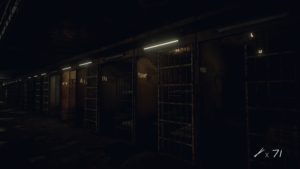 Thanks to the character's reflections, the discoveries made in the cells and a few discussions with a strange doctor over a radio set, I discover where I am and why I find myself locked in this nightmare prison. But I will not reveal this information to you, it would spoil your surprise if you decide to play! Or you can take advantage of my complete guide (without commentary) which will make you discover the full story in spanish!

In conclusion, Inmates is a creepy psychological game, the atmosphere is well recreated, whether on the side of the graphics or the audio (music and ambient sounds). The prison is "alive", the storm is brewing outside, people are whispering, the light is flashing, and unexpected appearances appear without warning. The prison and the few other rare sets visited are well done (under Unreal 4) even if there are drops in FPS which cause unpleasant slowdowns (you will see them in the videos above, giving a choppy impression). On the other hand, I wasn't really scared, it's creepy, a little creepy, but not really scary.