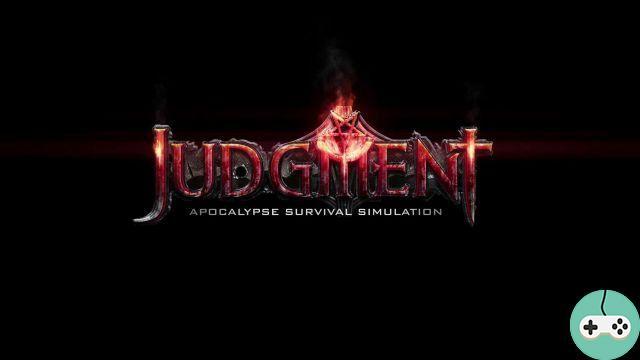 To change ends of the world with zombies, I tested Judgment: Apocalypse Survival Simulation, a survival strategy game with real-time colony simulation and tactical combat. Created by Suncrash, the alpha version was released in April 2016 and is currently available for PC in Early Access on Steam. Here is the presentation video released in December 2016:

The game puts you in the shoes of 3 friends (who were 4 at the start) faced with a demonic apocalypse who decide to create a camp together to start from scratch and fight against the demons. The story is quite simple and effective, the gameplay is more provided.

You start the game with a small team of three randomly drawn human beings with different characteristics, profession and specialties. However, you have all the cards in your hand because it is possible to re-roll this starting choice indefinitely and therefore to have the desired trio. So I chose a fighter, an engineer and a survivalist, leaving the 4th type, the occultist, who seemed less useful to me (at least at the beginning).

The world is then generated in a procedural way, each part will be unique with a different distribution of resources in your base but also in the world around you. You will have to build from scratch, create buildings and workshops, draw water from the well, chop wood, collect resources and craft all kinds of equipment, food, weapons and tools ... These resources can be collected around your base (ore from mining, logging) or from the ruins of humanity. It will then be necessary to lead an expedition, often to fight, and sometimes to save people who will become new inhabitants for your colony. 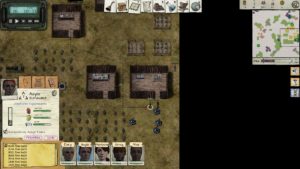 So far, just from the classic "Settlers" settlement building game, your inhabitants level up, develop skills and specialize. A skills tree is available and will improve the possibilities of creation and specialize in different areas: agriculture, defense, weapons or, and this is the specificity of the game, demonology. Because the apocalypse which touched this parallel world is demonic and groups of demons and other mythological creatures of evil more and more numerous and powerful will attack you during your game. 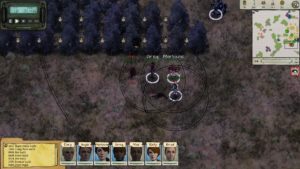 The defense of the colony as well as the expeditions out of your base are done in a tactical combat mode in real time (with pause) where you will have to manage the movements of your inhabitants, their placements, their attacks and the fronts from which to lead. the attacks. A cover system is present in the game and allows remote combat units like your archers to be placed in a less exposed location. You will be helped in this part of the game by your equipment created in your workshops but also, and above all, by carrying out occult research yourself in order to unlock new resources and equipment, and find a way to defeat the forces. difficulty. 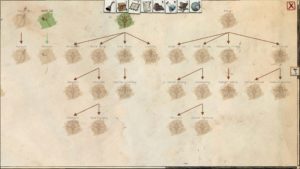 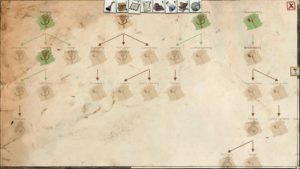 Despite a game in English, the controls are very simple and very intuitive, a guide shows you perfectly the steps to follow to improve your colony through a system of quests. In addition, an alert system announces if you will soon run out of wood, food, water or when an attack is imminent. The handling is therefore very well oiled and gives ways to quickly understand your mistakes and not to repeat them in a second part. 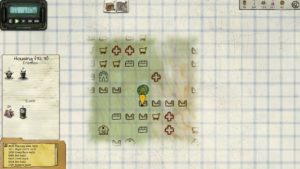 The game works via a system of orders and priorities that you give to your inhabitants with a semi-automation of certain tasks. You can stop or speed up time at any time to reassign dwellers to tasks, change harvest areas, or decide to abandon one. The inhabitants nevertheless have a certain autonomy and will go by themselves on the tasks "under construction" of the community if no one is on it. Unlike Sims, they go to bed on their own and eat if there is food available and don't mind the task.

Fundamentals for a good start 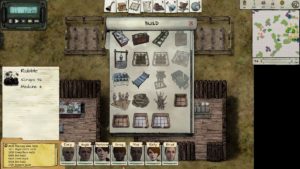 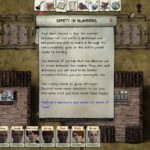 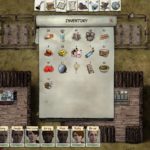 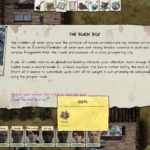 Even if this survival game does not look good and could have been created 20 years ago, the whole gameplay part is effective and solid and allows an immediate grip and a rather fast setting in abyss. You quickly get into the game of building your little colony and making its inhabitants work while going to help a few survivors in care-bear mode until the first major attack that puts you in your place. The party is over, you have to defend yourself and this little game is very addicting. The demonic side brings breath to the genre and new unprecedented possibilities, you will need several parts as I had the unfortunate experience to be successful in this area. A good game to recommend for insomniacs and those who don't need a lot of sleep time because you won't see the time go by even speeding it up.


Do you want to be up to date and know all the tricks for your video games? In gamesmanagers.com we enjoy playing as much as you do and for that reason we offer you the best tricks, secrets or tips for you to play non-stop. We offer you quality content and always updated to keep you up to date. That's why, in our website, you will find not only videogame guides but also tricks, secrets and thousands of tips so you can play to the limit. Are you ready to get it? Enter now and enjoy your videogame!
On the way: weapon customization ❯

Roots of Insanity - A small step towards madness ...

BOMB : Who let the dogfight ? – Aperçu