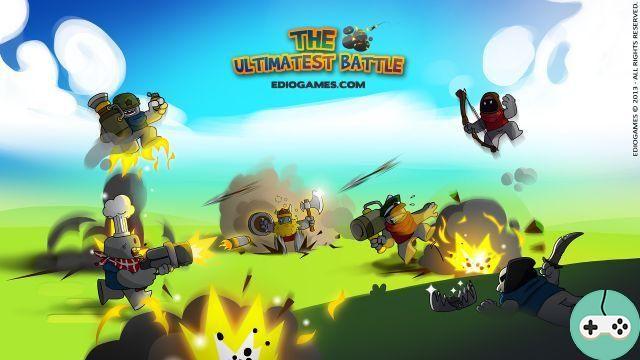 Lyon E-sport has been the site of many discoveries in terms of independent games. This is the case with The Ultimatest Battle at the crossroads of certain universes that may have rocked our childhood. Shana and I (Talish) were able to discover this game and exchange a few shots! 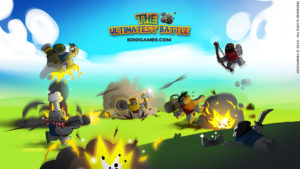 The Ultimatest Battle is a game between a Worms et TeamFortress developed by Ediogames available on PC, Mac and browser. You play as a character belonging to the race des Nubs which can be embodied in several classes and which will have different weapons and specificities. In addition, each class can change weapons to improve its versatility because some weapons have a better rate of fire or will be more useful on certain maps. Six classes are for the moment available to know : 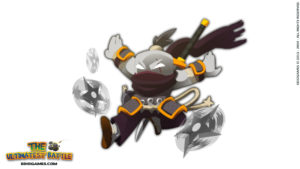 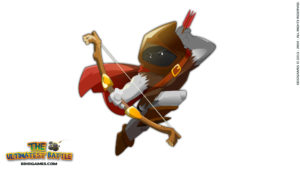 The game is exclusively online multiplayer primarily. Its great asset lies in the different game modes which diversify your gaming experience and bring a certain dynamism to the title: 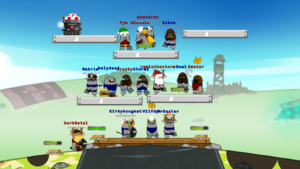 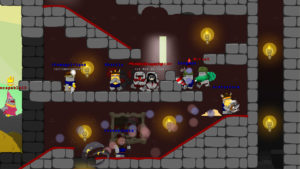 The Ultimatest Battle is a F2P game but with a economic model to Team Fortress 2. Indeed, you can acquire item skins at the end of each game but also for real money. It is possible to craft certain items during your games, the recipes will be known by the players and regular updates will surely add more. You should know that as in TF or CS: GO, these skins are purely cosmetic and therefore do not cause imbalance in the game. In addition, you can exchange them between players to continue your collection.

Having talked a bit with the developers, the community is quite active on beta through seasonal events (Easter) or team tournaments. They also want to try to develop the title in terms of esports. If you want to test the game do not hesitate to let us know we have some gift codes (skins) to start your adventure!

I'm still a little skeptical of games that want to "copy" TeamFortress2. TF2 has been for many one of the pillars of FPS Fun. One of the big advantages of The Ultimatest Battle is for me the diversity of the game where TF2 is mainly anchored in the DM / CP. The graphics are also a little favorite for me. Finally, the games being quite short (5min) weariness does not take over our playability.

If there's one game mode that I don't really like in fighting games, it's deathmatch. And yes, I prefer the objectives! Unfortunately I was only able to test this title in deathmatch mode. However, it is a very nice title. The many wacky descriptions appeal to me a lot, as do the animations. If it is not the competitive aspect or the various classes of the game that could make you happy, the various weapons will surely do it during games between friends which will be under the sign of laughter!


Do you want to be up to date and know all the tricks for your video games? In gamesmanagers.com we enjoy playing as much as you do and for that reason we offer you the best tricks, secrets or tips for you to play non-stop. We offer you quality content and always updated to keep you up to date. That's why, in our website, you will find not only videogame guides but also tricks, secrets and thousands of tips so you can play to the limit. Are you ready to get it? Enter now and enjoy your videogame!
Beyond Space - Overview ❯

Add a comment from Lyon eSport - The Ultimatest Battle