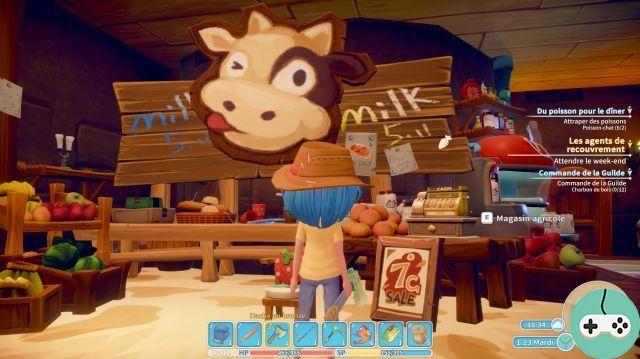 At the end of 2017, the colorful and very cute sandbox RPG My Time at Portia was at the alpha stage but already offered good gameplay and substantial content. It is now available in early access and I was able to go and discover Portia. 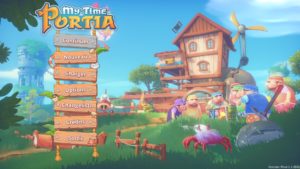 Like the chef, I start with the creation of a character that has grown. You can now customize your avatar: hairstyle, type of face, date of birth. You can even change every detail of the face or the length of your hair. Enough to spend a lot of time polishing your virtual self! 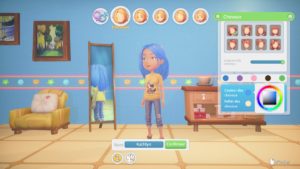 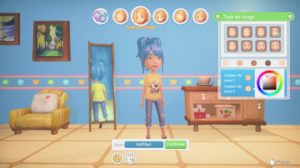 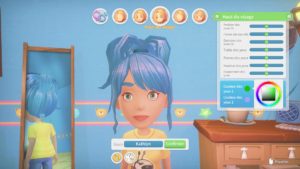 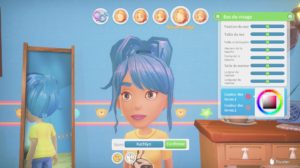 Then, the beginning of My Time at Portia does not change: I land in Portia where my father's legacy awaits me. I am well received by Presley and the little tutorial guides me through my first steps.

The gameplay is also not upset: we start with simple resources to collect before making our first tools and being able to harvest more. Then we build the machines that are going to be very useful to us. The citizens of Portia have a lot of work for us!

Because this is the main point of My Time at Portia: we embody a craftsman who takes over the family workshop. Every day, orders are posted on the board of the Guild of Commerce. You can take one per day and only have one order in progress at a time.

But that doesn't mean you'll get bored! Portia has a very friendly and vibrant community. You will have missions to beautify the city or to help someone in addition to your usual orders. And that's what I'm going to focus on, since it is this content that has significantly evolved.

First of all, everything is subtitled in spanish. You will therefore have plenty of time to enjoy the dialogues in addition to the interface. It's even a good job overall. I particularly appreciated our father's manual that we collect at the start of the adventure. There are just a few awkward words left, like "keep" to retrieve a mail attachment from your mailbox. 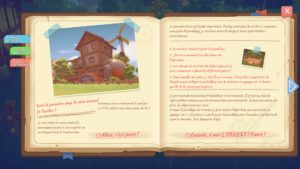 After taking up your quarters and successfully passing your construction exam, the life of a craftsman is yours! Each inhabitant of Portia can give you a job. Interactions with locals don't stop there: you can talk to them, play with them, give them gifts. In short, improve your relations with this community. You will learn that not everyone likes apples or that Mr. Bear particularly likes honey.

Onidra had already approached the exploration of the ruins by presenting you the content of the alpha: a place dedicated to mining where you collect resources such as stone, sand and various ores but also relics and data discs. Relics are used to beautify your house (and therefore to boost your stats) while data discs can be entrusted to the research laboratory where Petra will try to extract useful information from it. I was thus able to receive plans for new machines.
You can also come across underground rooms, but that can quickly turn into a nightmare. You have to clear the entrance, which can lead you to dig for hours around the structure without ever seeing the end. Another case: to have the indication falling on a buried structure and which in the end gives nothing because you turn in circles. 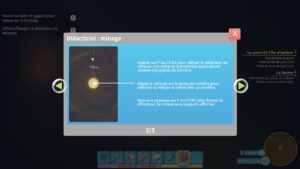 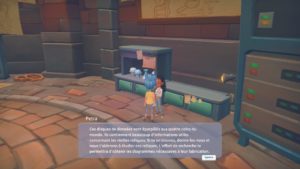 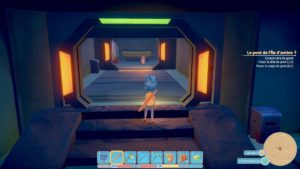 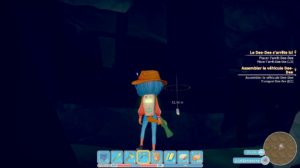 There on the other hand… stuck!

Another activity: the lasso at the farm of Mr. McDonald. You have a number of attempts to capture beasts. You have to throw your lasso at the right time so that it ends up around the neck of your target. As a reward, you will get meat, milk, skins, etc. 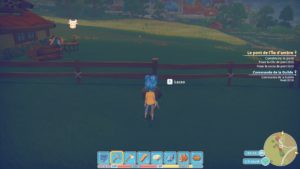 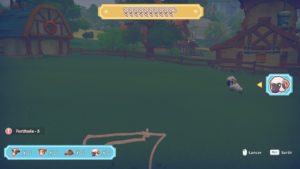 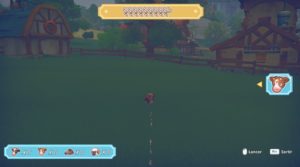 We also have gardening, which as for the rest we use to recover components. Nothing very complicated here: you have to make sure to plant the seeds at the right season. Then to take care of them, we will give them fertilizer when the smiley "boo I'm not happy at all" appears. 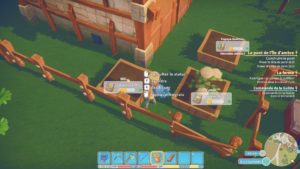 The town of Portia is charming, as are most of its inhabitants. You will help him to develop by carrying out his projects, but you can also take the opportunity to go shopping. You are a craftsman, but that doesn't mean you'll never need to buy something. To begin with, you cannot improve certain elements on your own, it will be necessary to hire a specialist company. 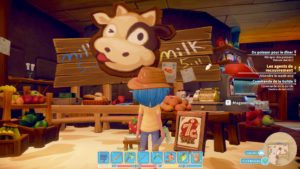 Once your career is launched, you will be able to conquer the classification of workshops! You will even have the possibility to inspect objects for their defect compared to the original model. Enough to take his job seriously! 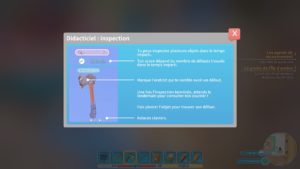 And it's not just work in life! Portia has a café where you can eat but also have fun in a room dedicated to games. Playing it will reward you with tokens that can be redeemed later. 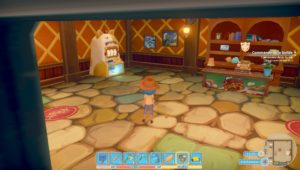 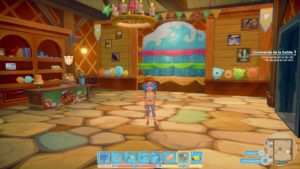 The city organizes different events. One was for example an airship loaded with gifts (I forgot the name of that special day). Each inhabitant could add one. Then the airship would walk over the city, drop the gifts and anyone could pick them up.
There was also a martial arts tournament where anyone could register. We have the possibility to bet on the outcome of the fights which can bring back small additional rewards including badges to be redeemed afterwards. 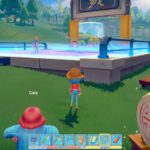 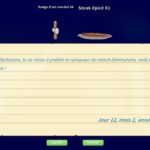 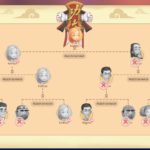 Finally, the mayor regularly brings together his citizens to discuss with them, inform them of developments and projects in the city. It's very user-friendly, we feel that Portia is dynamic.
And other little touches like that make it all come alive, even realistic. A bus goes around the island, the villagers do their morning jog or even everyone returns home at the end of the day. It's details like that that embellish the game. 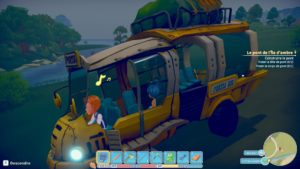 Let's finish with the fight. This is where it gets stuck a bit. There isn't even much to say in fact, it's very basic: you can attack, dodge. By spamming the attack, we can manage to corner an enemy so that he does not manage to pass a blow. But it doesn't work on a "boss" that I have met. For the latter, I had to take food to revive my life and it was a hassle. By pressing the shortcut, I am certainly equipped with food, but I have to press the key again to use it. Suffice to say that during this time we are very vulnerable and it is better to run in circles to occupy the boss at this time.

This is a point to be reworked in My Time at Portia. But this defect does not prevent appreciating the game and spending many hours there very quickly without realizing it! With its neat atmosphere, its cute side, this game is perfect for decompressing. I can only recommend it to you.

The game is currently at € 29,99 on PC, and will be released in mid-April for Nintendo Switch, PS4 and Xbox One:

add a comment of My Time at Portia - Back home