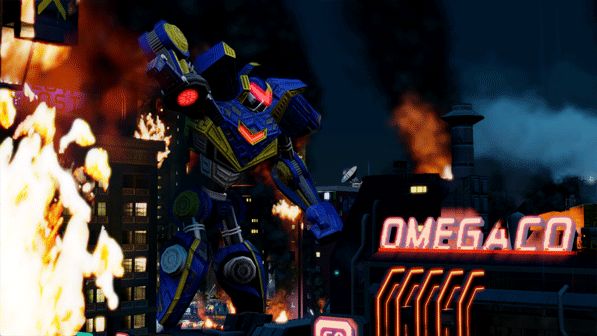 The Cities of Tomorrow add-on disc will give The Sims a new reason to fear the skies: the giant robot attack, inspired by what we see in SimCity 4. 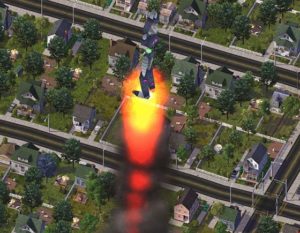 But, unlike the previous version, this robot does not seek simple destruction. Indeed, he is only looking for energy to recharge his batteries and continue his interstellar journey to return home. Outworlder 6 (that's its name) arrives from space in a meteor shower, a bit haphazardly in the city. He'll certainly destroy everything upon landing, but it's not out of spite: his program is just not designed to take into consideration the importance of the Sims' life or material possessions. 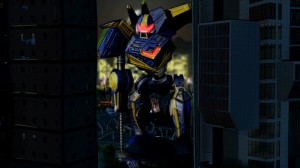 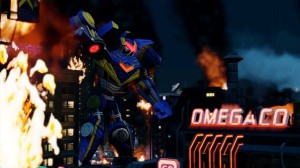 Once in the square, he scans the city and then goes directly to the nearest energy source. It will then plug in and potentially create some temporary power cuts. On his back, an energy gauge indicates the progress of his charge. As soon as its batteries are full, it takes off again. But if the energy source is not important enough, he will rescan the city and go back to look for another.

There are therefore two choices available to us, depending on whether we are a nice mayor or a bad mayor. In order to minimize damage, we will have every interest in ensuring that it recharges quickly by switching off buildings that consume electricity. On the contrary, if we want to annoy him, we can cut the energy source, he will certainly give up after a while after having more or less squashed everything in the city!

What do you think ? Personally, I find the possibility of interaction really nice. It's still more fun when you can be an actor and not just a spectator.

Add a comment from SimCity - Cities of Tomorrow: A New Disaster