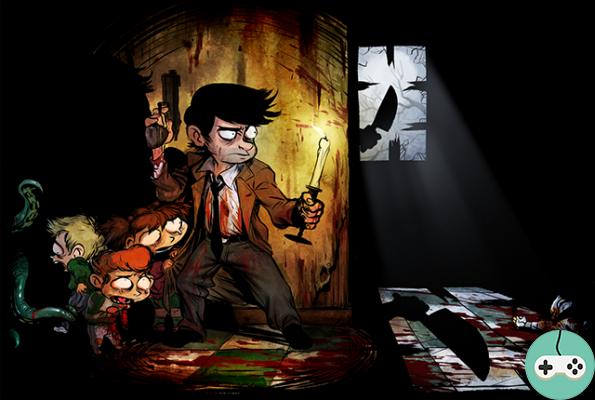 2Dark is a small indie adventure game developed by Gloomywood, published by Bigben Interactive and released on March 10, 2017.

2Dark is a story game that seems quite classic at first glance. We are in the shoes of Smith, a policeman and father who goes camping until, during this little excursion, his wife is killed and his two children kidnapped. Following these events, he gradually sinks into violence and muscular investigations to find the culprits, which leads him to lose his job as a police officer.

Until the day when, 7 years later, he discovers that a series of child kidnappings are taking place in the dark town of Gloomywood. Smith therefore decides to go and investigate. 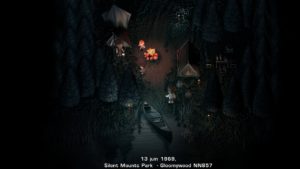 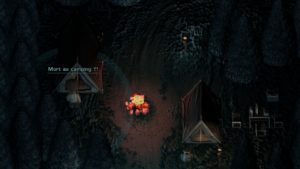 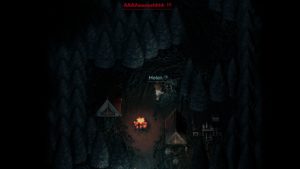 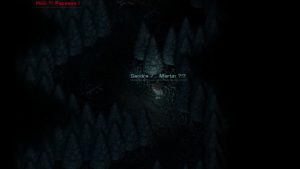 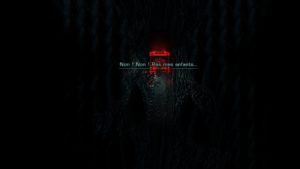 The story seems classic, but plunges us into the darker sides that Man can develop. If you are sensitive, the game may be "difficult" for you, because of its atmosphere and its atmosphere more than heavy, unhealthy and disturbing. It tackles very violent and dark subjects, such as child kidnapping, rape, pedophilia, torture and many other horrors of the genre. Even if “visually”, these are “pixel” graphics and therefore, that we do not see much, texts, newspapers, etc. are very raw.

The principle of the game is divided into two: the first, you have to free the children in each level and the second, find clues and evidence.

The game is played in a stealth way. Indeed, the enemies are both strong and above all, powerful. Even against a single enemy, you have a good chance of passing it. You will therefore have to stealthily enter many places, look for clues, evidence and above all, find the children and bring them back to a safe place, if you arrive in time! 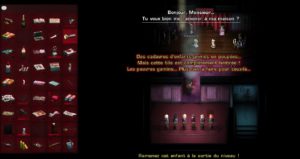 For that, we must therefore play in a stealthy way. The game is very dark, so it is possible to hide in a lot of places. There are no stealth indicators to speak of, like in other titles in the genre. In reality, it is the interface that tells you the state of your stealth. If it's red, you are clearly visible. If it turns blue / gray, you're stealthy! 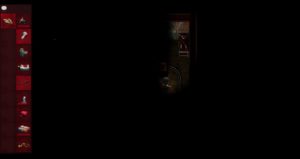 Hiding in the dark is good, however if you want to see something and be able to explore or just move forward, well you have to have light (logic!). But be careful, because enemies will be able to detect you if they see the beam of your flashlight, or the halo of light from the lighter / oil lamp / torch. They will also be able to detect you through noise or simply if you are in the field of vision. 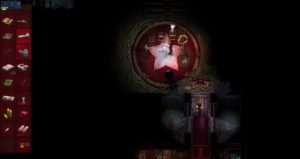 However, a stealthy approach does not mean without violence. You can very well go in a stealth way, but murder everyone you come across. Even so, the "I'll run into the heap with my gun and kill everyone" method is clearly not an effective method if you want to stay alive for more than 2 minutes.

The murders (or not) that you commit may have a few small implications for the rest of the adventure, but nothing that will change the story. For example, if you decide to kill a main enemy in a previous level, you can find their body in the hospital where the next level takes place. 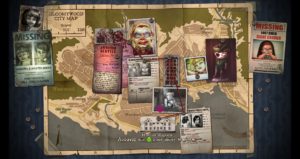 There are many ways to accomplish missions and most importantly, several ways. As said above, you can assassinate anyone, but you can also disguise yourself, sneak around without killing or injuring anyone, poisoning food to put to sleep or killing certain characters ...

The game as a whole is quite demanding and it is not uncommon to have to restart a level. It is possible to save whenever you want even if the backup method is quite special and, above all, dangerous! Indeed, to save, we must make our character smoke a cigarette which makes it a little visible (light from the lighter in particular). It is therefore necessary to be careful when saving, that no enemy is within range.

The soundtrack is really excellent, the music matches the ambiance perfectly, but it is above all the ambient sounds that are good. The crying of children, the noises of the night, the squeaking, etc. are really very realistic (a little too much even, the crying of the children is to tear your soul).

On the graphics side, it's not photo-realism, but on the ambiance side, it's really very well worked. The buildings, the characters, the decorations perfectly match the atmosphere and the places.

To conclude, I would say that 2Dark is a good game even if it is certainly not the game of the year. The theme is quite rare, which allows it to offer a story certainly classic, but in an atmosphere and a universe rarely seen in a video game.

The game offers a little replayability in that it is possible to complete the missions in different ways, but it is not transcendent either (do not hope to be able to find 15 different ways to reach a place like in a Hitman, for example).

However, the subject matter can easily be put off and prevent appreciation of the title. I admit that, personally, I have more than once been uncomfortable discovering, whether visually or by reading the documents of the game, what children undergo. It's a good little game in the end, although I find it a bit expensive and you could maybe wait for a little promotion to take it!


Do you want to be up to date and know all the tricks for your video games? In gamesmanagers.com we enjoy playing as much as you do and for that reason we offer you the best tricks, secrets or tips for you to play non-stop. We offer you quality content and always updated to keep you up to date. That's why, in our website, you will find not only videogame guides but also tricks, secrets and thousands of tips so you can play to the limit. Are you ready to get it? Enter now and enjoy your videogame!
SWTOR - Climb 450 in Biochemistry ❯

The Raven Remastered - The thriller returns in HD

GW2 - General presentation of the WvW

Add a comment from 2Dark - Human horror embodied in pixels!