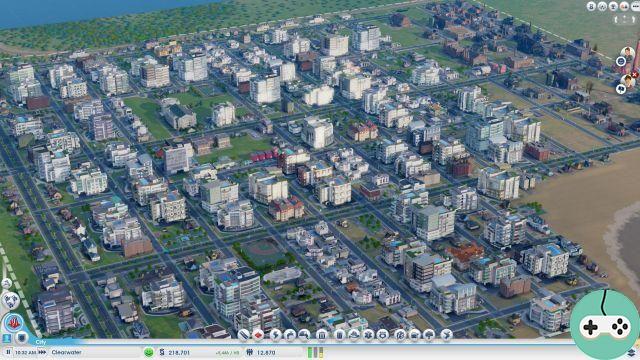 Jason Halvorson, gameplay writer at Maxis, detailed on the blog the regulation of development. Under this term which seems technical, Jason explains the basics to have a flourishing city. Of course, everything comes into play from the start, when the foundations of the road network are laid. It is important to have a general idea of ​​the future layout of the city as soon as possible.

We then have different tools to continue as needed and to follow the evolution. It is especially important to use:

In order to avoid an uncontrollable boom in the density of buildings (and therefore in the population of the city), he uses a trick, quite well found elsewhere! It monitors buildings on the density map that will soon be upgraded (shown in light green) and removes areas as soon as buildings of the desired density are built. He thus tries to distribute the buildings of higher density in his city in order to optimize the traffic.

This same technique can also be used to simply not have a higher density.