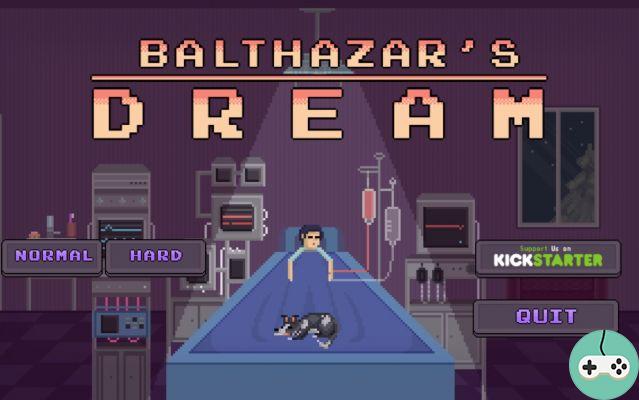 A boy named Dustin received a puppy for his 8th birthday. He names the dog Balthazar and they become best friends in the world. But one day, a tragedy occurs: Dustin is hit by a van and ends up in the hospital, in a coma. His faithful friend stays by his side and dreams of strange and mysterious lands filled with wonders where he feels the presence of two entities. He easily identifies one, Dustin, while the other is just a menacing presence in the dark, no doubt come to threaten his young master. Desperate to save him, he sets off on an adventure, following only his instinct and his unfailing love. 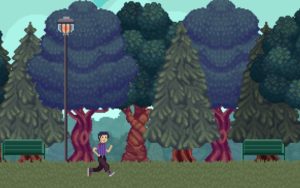 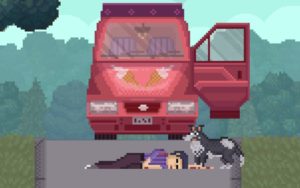 As the developers explain, they have a story-writing dog. He wanted to make video games out of them, so they do as he says. A demo is available for free to demonstrate what the final game of the canine friend has in store (Windows and Mac version). 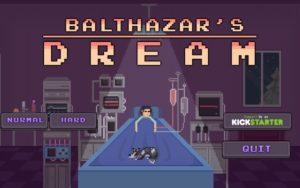 After the terrible accident in kinematics, everything starts quietly with simple blocks, you have to jump and avoid sprawling in the hole at the bottom. The platforms quickly become sofas that move or tables that collapse two seconds after being on them (you had to eat less pâté, Balthazar). To save the game, the dog must reach a fire hydrant. Fortunately, these water intakes are common (certainly less in the hard mode). 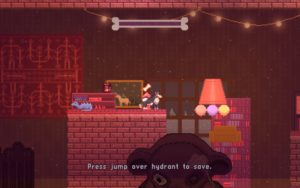 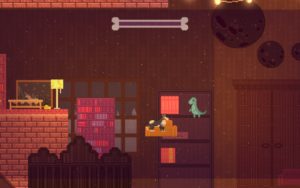 I walk slowly and discover other fantasies of the doggie, such as the beds that make a trampoline or the ropes he loves to grip to climb. However, he cannot stay hooked for long to this rope, which he lets go after about three or four seconds (when the bone gauge at the top in the middle fills up). 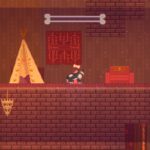 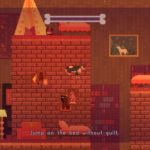 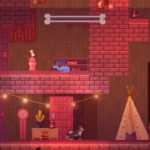 Unfortunately, he does not dream only of pleasant things. He is afraid of grape juice and chocolate. So you have to dodge these dangerous blocks with care. The dog has only one life, and the error immediately leads back to the nearest fire hydrant. 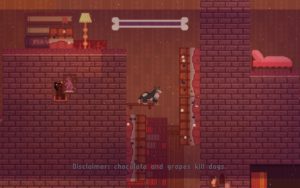 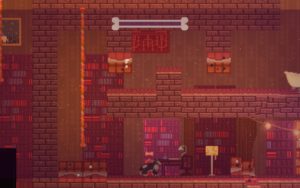 Bunches of grapes are particularly vicious because, in addition to protruding, they throw equally dangerous grains. 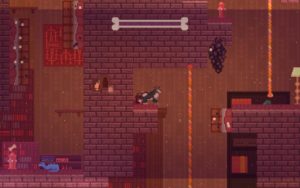 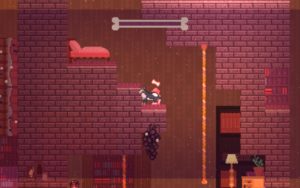 Of course, there are cats that keep moving and scratching! Spiders descending from the ceiling. And the vacuum cleaner which makes too much noise, the dog "dies" if it stays too long near. Finally, the last element of gameplay seen, the balls: we generate as many as necessary and then they are used in particular to kill cats and to accelerate the dog who runs like crazy to try to recover his baball. 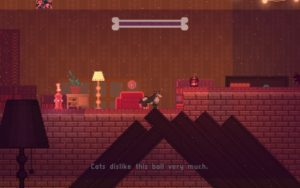 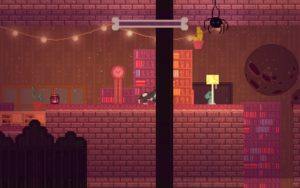 We must therefore avoid all this effectively, twirling from a sofa to a bed to catch a rope on the fly, chain on two tables before they disappear and just pass between bars of chocolate. Easier to write than to do! And as if that weren't enough, at the end there is a big boss ... cat! All the previous elements are taken up in a big level where the boss has a lot of fun, generates cats in a loop and jumps while crushing everything. He has three "lives", to bring him down you have to send him three bullets and ... I did not succeed! 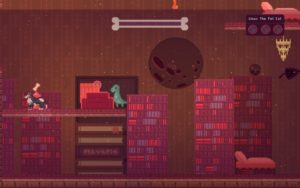 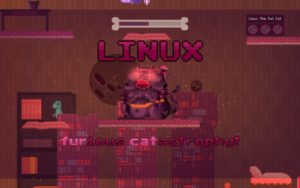 Balthazar's Dream is a cute platform game based on a cute story. It certainly doesn't revolutionize the genre, but it will undoubtedly be able to entertain gamers who are fans of the genre for quite a while. To give you your opinion, this is where it happens: Windows and Mac version. And then, if you like, you know what you have to do! Click "yes" on Steam Greenlight and, why not, invest a few euros for them on Kickstarter here:

Do not hesitate to send me your feedback in the comments if you test the demo!