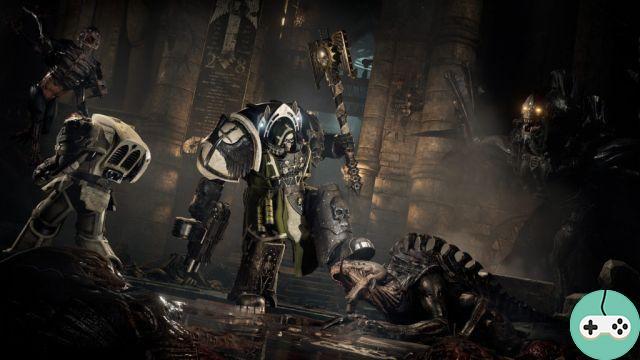 When it was released in late 2016, Space Hulk: Deathwing had struggled to convince players. Suffice to say clearly that he had made a flop: repetitive single player mode and without progression worthy of the name, catastrophic multiplayer infrastructures, a dated achievement. As much to be clear, this game was a real disaster and the reaction of the players was not long in deserting it.

Yet on paper, Deathwing had it all. First of all, the Warhammer 40K universe, which has seen as many video game variations as Brad Pitt's haircut. The choice of strategic and cooperative FPS, like a Left 4 Dead in multiplayer, was also a very good idea. 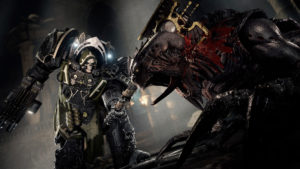 But Streum On Studios, at the origin of this mischief, had the merit of questioning itself and of working on improving its game, the result of which lies in this Enhanced Edition released a few days ago. Note that this update is free for those who already owned the game.

I invite you to) (re) read the Talish preview to find out a little more. That's it, have you read it? Come on, let's focus now on the novelties of this Enhanced Edition and if it deserves its name! 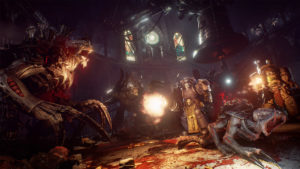 While in the base game, the character customization was sorely lacking, here it is quite the opposite. No less than 1200 elements are to be unlocked ... yes, yes, 1200! A huge figure, which may discourage more than one.

Note that all these elements can be obtained without paying anything, the game does not offer in-app purchases. This gives you Fame, allowing you to buy unlockable items. Chests can also be opened at each level crossing. 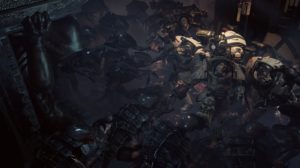 New proposed class, in addition to the five that the base game offered, the Chaplain stands out for his ability to resuscitate his fallen comrades. It acts a bit of Support, also allowing to give bonuses to his allies and reflect damage.

Thus, the Chaplain will be especially privileged in multiplayer, his interest in solo being relatively limited. 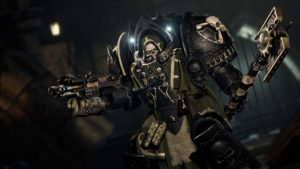 The main novelty of this improved edition turns out to be quite disappointing in the end. The Special Missions mode is ultimately just a succession of missions with changing objectives and enemies, allowing welcome replayability. The only concern is that we travel through the environments already known in Solo mode, which gives a taste of déjà vu, which quickly turns into monotony. 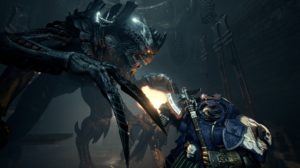 You will certainly understand by reading, the feeling concerning this Enhanced Edition is quite mixed. The update was welcome to take away the disappointment of the base game. In this the studio deserves a lot of credit, and few dare to admit their mistakes and try to correct them.

Unfortunately, and this is certainly the fault of a limited budget, the rendered copy is quite passable. Good ideas have emerged, such as Special Missions mode. A bit more customization was also needed. But in the end, we have the impression that these new features are not successful, as if the developers had not been able to follow through on their ideas. 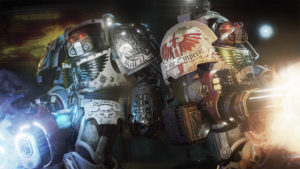 In the end, players who owned the original game will certainly be delighted to be able to take advantage of these new features. Now, is this new version a strong argument for buying a relatively aging game at a high price?