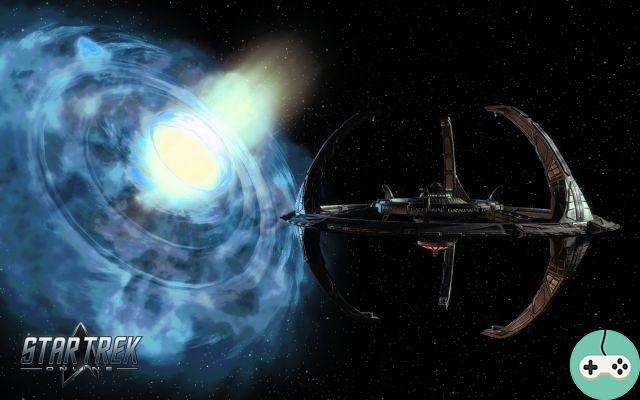 In 1993 begins the first season of the Star Trek Deep Space 9 series. It is the first official Star Trek work that was not created by Gene Roddenberry, who died two years earlier. It will last for seven seasons. Instead of a ship, like the other series, the story takes place around a space station. It has a certain importance in the Star Trek Online game, since two story arcs take place in its surroundings. Including the latest. The game taking place 35 years after the end of the series, a small reminder (with spoilers) of the elements that still run in this story. 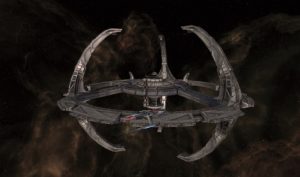 The station was built in 2351 by the Cardassian Hegemony in the Bajor system. Called Terok Nor, it had two objectives: to manage the surrounding mining area and to control the local population who did not accept military occupation. In 2369, after a few months of war against the United Federation of Planets, the Hegemony had to abandon the system. Bajor is independent, but the station comes under Federation control. As it is outside the borders of the moment, it takes the code Deep Space. The ninth in the series. The officer in charge becomes Commander Benjamin Sisko. Some of his troops leave Starfleet Academy. Its veterans are mainly transferred from the USS Enterprise D. It has to deal with the independent Bajoran government, which demands that officers of its new army participate. Finally there is Odo, a shapeshifter alien of an unknown origin who held the post of chief of security for the Cardassians and who impressed the Bajorans enough to ask him to keep this role. In addition to diplomatic needs, Deep Space 9 must manage the presence of a wormhole or vortex towards the Gamma quadrant and therefore serve as a relay for exploration missions. It thus became one of the main gathering points of the Federation in the Alpha Quadrant (if not the). 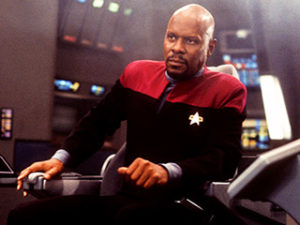 A curious fate is that of the commander (then later captain) Benjamin Lafayette Sisko. Born in New Orleans on Earth, he studied engineering at Starfleet. A veteran of the Borg War, he survived the Battle of Wolf 359 where a single Borg Cube destroyed 39 Starfleet ships. The families of the crews were on board, he managed to save his son Jake but lost his wife. He also participated in the design of the Defiant model in the shipyards of Mars. A former superior convinces him to join the command of Starfleet (and therefore to change from yellow to red), which means he finds himself at the head of Deep Space 9. There, he discovers that Bajoran prophecies speak of him. He would be the Emissary, a being who should help their gods baptized Prophets to defeat their enemies. He will also disappear by fulfilling this prophecy. 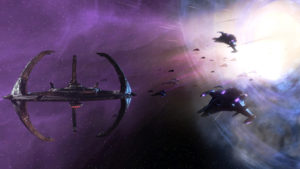 The commander then Captain Sisko had several problems to manage during the 7 years of his mandate at the head of Deep Space 9. In addition to Bajor, which it was desirable that she join the Federation (a first request was made in 2373 but was postponed because of the ongoing war, the second in 2375 led to official integration the following year), Cardassia remained a delicate neighbor to manage. The Hegemony was indeed going through a political crisis between militarists and a young democratic movement. Troubles also arose on the Federations side with the formation of the Maquis. Some settlers disliked parts of the peace treaty, they founded a terrorist organization hiding in its neighboring area of ​​the Badlands. Several mid-tier Starfleet officers deserted to fill their ranks. But the biggest threat came from the Gamma quadrant. The explorers of Starfleet attracted the attention of a political entity called the Dominion and ruled by shapeshifters of the same race as Odo. They attacked the Alpha Quadrant. The Bajoran Prophets immobilized a fleet by causing it to disappear into the vortex between the quadrants, but other ships passed. Their soldiers razed the bases of the Maquis. They urged the Klingons to invade Cardassia to make allies. They also allied with the Breen. The Dominion War lasted from 2373 (although the first skirmishes began in 2370) to 2375 when the union of the Federation, the Klingon Empire and the Romulan Empire captured one of the enemy leaders and forced the signing of the Bajor's Treatise on Deep Space 9. 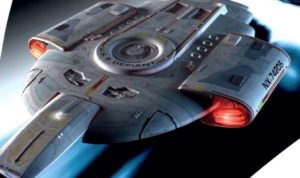 After the disappearance of Captain Sisko, it is his right arm, the Bajoran Colonel Kira Nerys, who succeeds him for a time. When she leaves the military to become a high cleric, Starfleet sends Captain James Kurland. Bajor joined the Federation, there is no longer even an obligation of direction and mixed management. The Maquis has disappeared. The reconstruction of Cardassia has led the Democrats of Natima Lang and Elim Garak. A former spy, the latter lived on Deep Space 9 for a long time as a tailor and is at the head of a large textile company. In 2393, the politically defeated militarist Madred allied with Dominion dissidents to form the True Path terrorist organization, but their actions were not limited to the sector alone. The Badlands remain difficult to patrol. As for the Dominion, they retreated, leaving one of their own hostage. They reinstated Odo among them as a guarantee to be guided otherwise. The station is therefore rather calm, if it were not necessary to take into account the Klingon presence imposed to maintain a certain balance in the Cold War between the two powers. 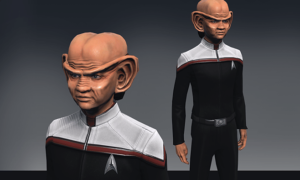 One of the most famous spots in Deep Space 9 station is Quark's bar, named after the Ferengi that has run it for years. His mother had married the Grand Nagus, the head of state of their people. She pushed Rom, her other son, as successor. Rom who had worked for his brother before becoming an engineer among the Bajorans serving on the station. Rom whose son Nog joined Starfleet and the first Ferengi to do so (Ferenginar is not part of the Federation, but Starfleet has a special program for some students). Nog who is now captain of the USS Chimera. Rom married Bajoran Leeta, who was a waitress at Quark's bar. When he left Deep Space 9, Quark became his brother's advisor. He is also the head of a Dabo company using his sister-in-law's holo-image. Another government affected by what happened on this station. 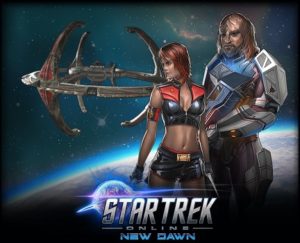 In Star Trek Online, Deep Space 9 is a fast transport unlocking by raising its diplomacy / raiding (depending on the faction) to rank 4. The station is involved in two campaigns. The first requires dealing with a consequence of the Dominion war on the outskirts of Cardassian space. More recently, in season 11 New Dawn, the Terran Empire of the Mirror Universe launches in forays from a close point. And who will be the captains responsible for solving these problems?


Do you want to be up to date and know all the tricks for your video games? In gamesmanagers.com we enjoy playing as much as you do and for that reason we offer you the best tricks, secrets or tips for you to play non-stop. We offer you quality content and always updated to keep you up to date. That's why, in our website, you will find not only videogame guides but also tricks, secrets and thousands of tips so you can play to the limit. Are you ready to get it? Enter now and enjoy your videogame!
Rift - New Soul Warrior: The Liberator ❯