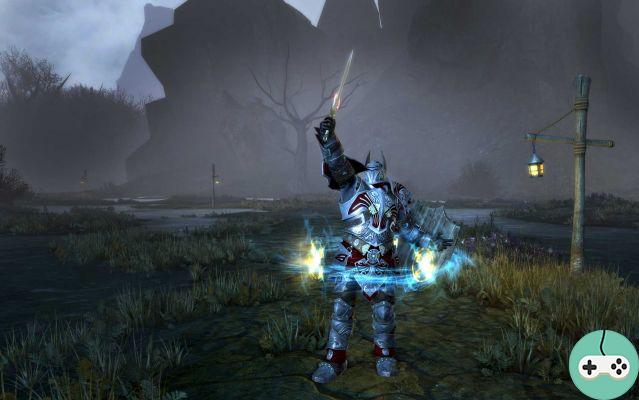 With the 2.7, which will prepare the future extension of Rift, will arrive 4 new souls, one for each class. This addition will allow all classes to be able to take on all roles (support, healer, tank and damage) in order to offer great versatility to players. MMORPG offers us today an exclusive glimpse into the soul of Liberator, the warrior's new soul of healing. 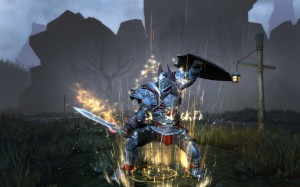 The story of the Liberator is linked to the plane of the Earth. In order to ensure a role of raid healer, they channel healing magic by bending magnetic fields. Their goal isn't really to keep the tank alive, but they are capable of delivering large amounts of healing per second, providing fantastic group and area healing. They will be found on the front, facing enemies, ready to raise their shields to protect their allies. The Liberator is not a healer who stays behind and avoids conflict. On the contrary, it draws its healing power by launching into combat. 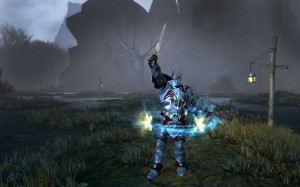 The Dead Star Fortress was surrounded by a large army of mounted Faithful. The whole lion's army shone in their resplendent armor and immaculate white robes. They looked exactly like the iconic heroes their propaganda described. Marvar hated each of them.

Ganzorig stood on top of the walls, with his sword, gesturing and behaving like a playing child. Squinting, the mage suddenly realized what the warrior was doing. He had tied the trace of ley lines to his sword. The Bahmi manipulated them by sheer force. Not by force of will. Nor by magical means. He was bending them just with his muscles. Marvar was stunned.

Equally surprised were the Assassins who had climbed the walls to catch the Liberator. Ganzorig would bend and shake the magnetic fields around his enemies until they were disoriented. The Bahmi twisted them, forcing the ranks of the Faithful, dismissing them without even laying a hand on them. He smiled at the flabbergasted mage and turned to restore the vigor of the Nyctalope troops.

Marvar had a rare flash of admiration: "Can you teach me this art? I have to understand it." Ganzorig smiled at him: "Oh, no! Too puny and too weak." Marvar's heart sank. "It's to do good. You are a complete fool."

More information will be given tomorrow on the official Rift website. What do you think ? Do you see your warrior playing this role?

Edit: the story can now be found on the official website.


Do you want to be up to date and know all the tricks for your video games? In gamesmanagers.com we enjoy playing as much as you do and for that reason we offer you the best tricks, secrets or tips for you to play non-stop. We offer you quality content and always updated to keep you up to date. That's why, in our website, you will find not only videogame guides but also tricks, secrets and thousands of tips so you can play to the limit. Are you ready to get it? Enter now and enjoy your videogame!
Wildstar - Vocation: Soldier ❯

Add a comment from Rift - New Soul Warrior: The Liberator