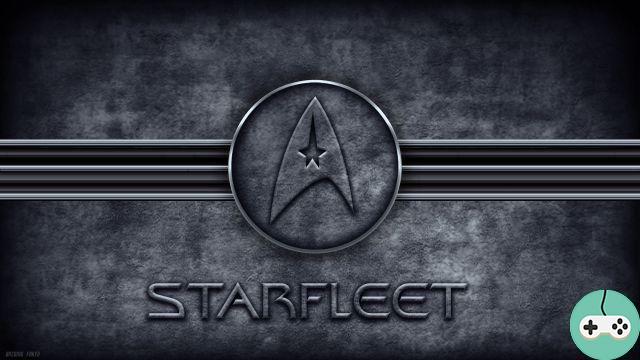 The series and films of the Star Trek saga often refer to the Prime Directive or Prime Directive (depending on the translators). Inspired by Vulcan philosophy, this is the first and most important Starfleet Officer Rule. Only the Secret Directive can override it. Secret Directive? Yes. The Starfleet Officer Rules are straightforward, consisting of only 24 items, one of which is repealed. And a special article only known to some high-ranking officials. They are sufficient to develop all the rights, obligations and guidance of Starfleet officers. And they're simple and straightforward enough that they don't need an explanation. However, in Star Trek Online, we end up with a lot of new Starfleet officers. Here is the regulation they are supposed to follow (source: Memory Alpha, main online Star Trek encyclopedia):

I: It is strictly forbidden to interfere with the normal social development of any culture or society. Breaches of the letter of this Directive may only be tolerated if they aim to maintain the fundamental spirit of this Directive.

II: Under no consideration, even that of protecting his own life or that of his crew, an officer should harm an intelligent creature. Failure to comply with this directive would only be tolerated if the Prime Directive would otherwise be violated.

III: It is the duty of an officer to use all devices, vehicles and instruments under his command to protect the life of an intelligent being, even if this would endanger him or his ship. If an intelligent being is injured because of an officer who has or has not acted, this is considered to be the equivalent of a violation of the Second Directive.

IV: An officer shall obey the orders of a superior officer to the best he or she can, unless these lead to a violation of the First, Second or Third Directives.

V: An officer must use everything in his power to protect the safety of Starfleet, the United Federation of Planets, its affiliated worlds and their designated representatives, unless this violates guidelines 1 through 4.

VI: If all of a ship's personnel are dead or rendered incapable of acting within a 24 hour period, the ship must be destroyed to prevent other life forms or other vessels from being contaminated.

ARE YOU COMING : Repealed. Formerly: Under no circumstances or under any circumstances, even in an emergency, a Federation ship should not approach the planet Talos IV. Ignoring this directive automatically leads to the death penalty. (It is not official when this directive was repealed. We only know that it is between the original series and The Next Generation.)

VIII: No Federation ship is permitted to enter Romulan Empire territory, unless justified by one of Directives 1-5. (This directive was edited in 2297, during The Next Generation series, to remove a mention of the territory of the Klingon Empire.)

IX: No Federation ship is permitted to visit a planet or star system that has been quarantined by the United Federation of Planets, unless this is required by directives 1 through 5.

X: A Starfleet officer is legally responsible under the laws and commands of the United Federation of Planets, its affiliated worlds and their designated representatives, including Starfleet. He or she is subject to any legal action by the authorities which are under the jurisdiction of the aforesaid laws.

XII: When approaching an interstellar vessel and no communication has been established or is possible, safety procedures must be fully followed. 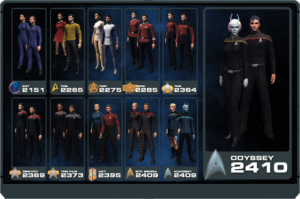 XIII: While wearing the Starfleet uniform, a Fleet officer is expressly prohibited from providing information or equivalent assistance to enemies of the Federation or to groups which pose a danger to the Federation, its affiliated worlds or their affiliates. designated representatives.

XIV: A Fleet officer should never act inappropriately or indecently, or behave aggressively or immodestly towards other life forms.

XV: No senior officer will accomplish a mission in a dangerous area without being supervised and protected by an escort.

XVI: A Fleet officer must be tried and convicted by at least three officers in command of a crime that violates the Starfleet Guidelines or the laws of the Federation.

XVII: In the absence of a senior officer, for example if he or she is killed or is found unfit or unable to perform his or her duty, the most senior officer in rank takes command of the ship. Even if he or she does not belong specifically to the cabin crew.

XVIII: An officer does not have the right to instigate a mutiny or to take part in an ongoing mutiny. Any mutiny will automatically be judged as a violation of the Fourth Directive.

XIX: An officer may be suspended from his post if at any time he or she is deemed incapable of performing his or her duty for medical or psychological reasons by the senior officer in charge of shipboard medicine or by two officers on board. command position.

XX: Federation ships must rescue and assist any private or commercial vessel registered with the United Federation of Planets, and they are permitted to take disciplinary or offensive action against any vessel acting illegally or engaging in hostile acts within. of the territory of the Federation.

XXII : In his contact with a planet which shows no social progress in its evolution or which is under the control of foreign interests, a Fleet officer has limited permission to introduce changes in the social structure of that planet for the purpose of to gradually lead it on the path to a technological civilization. Any improper use of this General Ordinance is seen as a breach of the Prime Directive.

XXIII : The destruction of one or more intelligent life forms is only permitted to expressly prevent a breach of the Prime Directive, and only if there is no other way to prevent such breach. Any improper use of this General Ordinance is seen as a breach of the Second Directive.

XNUMX; The systematic destruction of all intelligent life on the surface of a planet is only permitted if the inhabitants of that planet have severely violated the Prime Directive. Such action can only be ordered by an officer in a commanding position who has the rank of Captain or above. This officer is fully responsible for this action. Any improper use of this general ordinance is seen as a breach of the Prime Directive.

So much for the official guidelines. There is a last one, known only to officers of the rank of captain or above. She was only featured onscreen in the Voyager series. It is called the Secret Directive or Omega Directive. And she finds herself involved in some Star Trek Online events.

Ω: Omega particles, due to their highly virulent nature, potentially destructive to the internal structure of space tissue, are a major threat to all interstellar civilizations. For this reason, any Omega particle field discovered by Starfleet must be destroyed without delay. This Directive takes precedence over all others, including the Prime Directive.