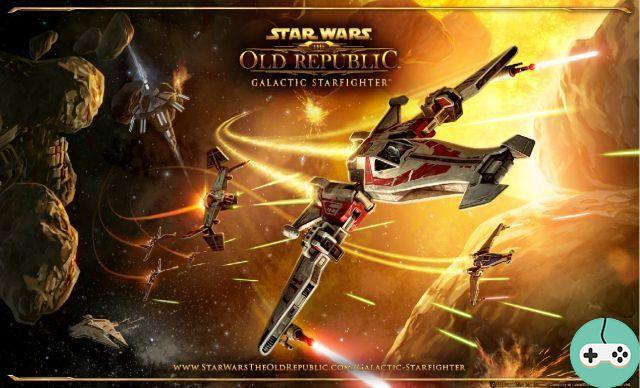 We assumed that the super secret space project would be of the order of extension given the work presented to us by the last data mining sessions. Well from today, it's official. Bioware has just launched its first announcements.

The next digital expansion (or 3.0, because we can imagine that the game will change versions at that time) has been dubbed Galactic Starfighter and will be based on space PvP at 12 against 12. For information, 12 is the number of pilots. composing a squadron (before Georges Lucas decides that it would be more impressive to multiply their number by numerical effect). We even have some images of one of the cards available. Just on that one, we can guess several elements with which a good pilot can adapt his strategy. 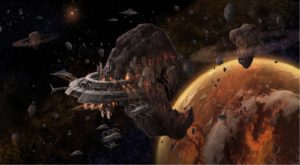 The mobility of the ships is obviously much better than the space mode already present in the game. Other advantages are announced, such as the ability to customize your ship and choose between different roles. And of course the xp and credits that will help progress in other aspects of the game. More details should be announced soon, by December 3, 2013.

December 3, 2013, release date. Yes, but for subscribers. Included in their pack will be exclusive starship paints, four pilot suits (two Republican and two Imperial) and two titles (First Galactic Fighter and Test Pilot). The experience gained will also be more important for them, as in other game modes. Finally, subscribers on November 1, 2013 will receive an early unlock of the role of armed ship with personalized paintings. I don't know what that means, hope to hear more soon. Let us also specify before it complains that these gifts will not be sent from the first day but gradually, between December 3, 2013 and January 13, 2014.

On January 14, 2014, privileged players will be able to join in the dance. Their giveaways will be the same four outfits as the subscribers and the test pilot title.

Finally, the rest of the players will have to wait until February 4, 2014 to enter the cockpit of their hunters and put on one of their two combinations offered (a Republican and an Imperial). All players with an account will be entitled to something. 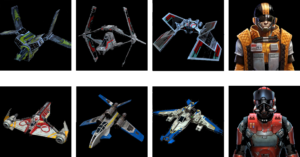 I apologize for not having taken all the images from the official site to present them to you in the gallery, but I had to resize all those present. That's why I invite you to click on the source link if you want to see more.

Do you want to be up to date and know all the tricks for your video games? In gamesmanagers.com we enjoy playing as much as you do and for that reason we offer you the best tricks, secrets or tips for you to play non-stop. We offer you quality content and always updated to keep you up to date. That's why, in our website, you will find not only videogame guides but also tricks, secrets and thousands of tips so you can play to the limit. Are you ready to get it? Enter now and enjoy your videogame!
SWTOR - Financial Guide ❯