Stronghold 2: Steam Edition - Check out the free update and win your game! 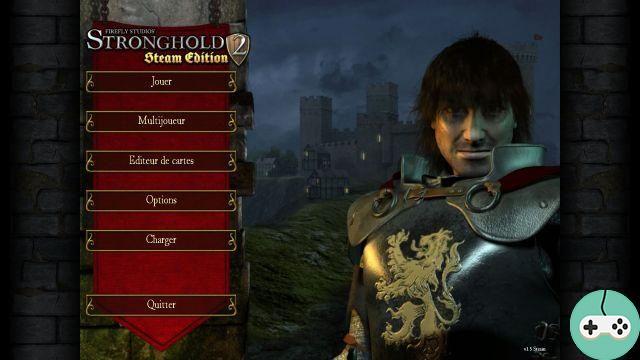 On October 5th, one of FireFly Studios' flagship games, Stronghold 2, released in 2005, received a big free update for all owners of the game. The opportunity to return for a ride in the castle simulation and to take advantage of the many improvements made while waiting for the next Stronghold opus.

Manual and digital book (two PDFs) are directly accessible through the new launcher, also offering access to Steam Workshop and content sharing. At the time of writing, 26 creations are available in the gallery, all free medieval battle maps generated by ten creators who will increase the life of the title. That's a more than reasonable figure in just over 24 hours. 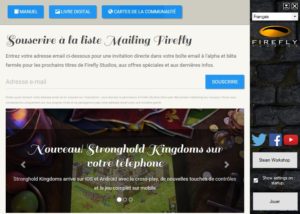 Concretely, the title has taken a facelift, even if it is sometimes difficult to hide its age, both on the side of the models and the interface despite the graphics pushed to the maximum. 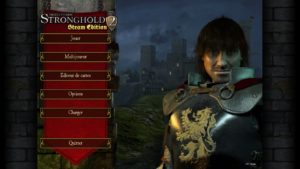 No change in the game modes, the single player game with the voice of peace to build with confidence (Sim campaign, free construction or maps created) or the voice of war for intensive battles (campaign of the lost king , promotion with a race for the crown, siege of a castle in a historic setting, a path paved with conquests sending an assault on the largest fortresses in Europe or personalized). 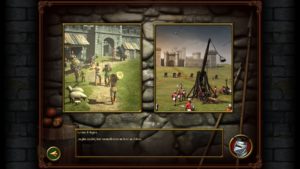 Multiplayer, managed by Steam, gives players the opportunity to host or join games already in progress. Note that there is no management of AI, therefore necessarily requiring to play against other real players. 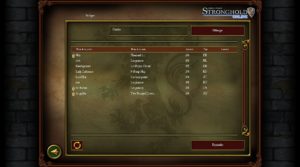 I did not see too many changes on the side of the interface, which remained very square, as we liked to do at the time, without transparency or rounding. The standard today is more to try to fit as much information as possible within a click of a button to offer a general summary view of the state of the simulation, whereas here information always requires several clicks to be obtained, as by example resources that are displayed only by going to a reserve.

The models in play have changed little, they simply took a few more harmonious forms, with better rendered lighting. 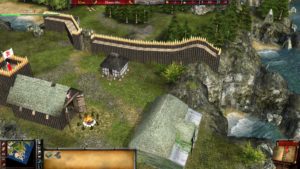 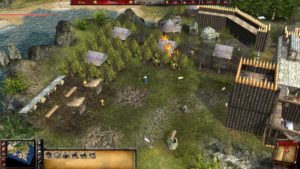 The gameplay remains the same, the units act by themselves, impossible to give direct orders. Once the buildings have been placed in strategic places, like this logging station here, a villager comes to the post and turns into a lumberjack. It will then automatically report the resources to the nearest reserve and continue until the building is eventually destroyed or removed. 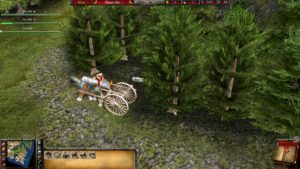 As long as the peasants are working well, all is well. When they begin to make monstrous detours to come and extinguish a galloping fire, it's another story, forcing them to lay much more wells than necessary, just to avoid damage. Which inevitably costs resources! 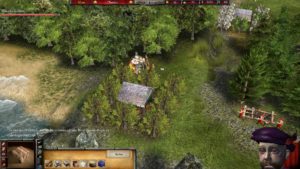 If you're a new player looking for your next sim, I'm not sure Stronghold 2: Steam Edition is for you. Its twelve years are being felt, whether in terms of graphics or gameplay, you may be disappointed and suddenly not take full advantage of your purchase. If, on the contrary, you already know the game or are a fan of the license, now is the perfect time to (re) discover it by thinking back with nostalgia to all those evenings spent with friends defending your fortress or building your villages. And thanks to the return of multiplayer, you will be able to join them, even if they now live far away, and once again enjoy all the recent improvements with them! Even better, you could also win your game:

On the occasion of this update, Stronghold 2: Steam Edition is in promotion:

Hacknet - When the hacker is you!

Add a comment from Stronghold 2: Steam Edition - Check out the free update and win your game!