Long ago, the gods decided to play with the Greeks and shamelessly spoil their lives. Men and women exhausted from hard work, oppressed, have found their saviors ... the philosophers. From there, the people began to rise under the same banner and, in a tornado of anger, destroyed everything in their path: the stalls, the trees, the barricades, the soldiers, and even the gods! 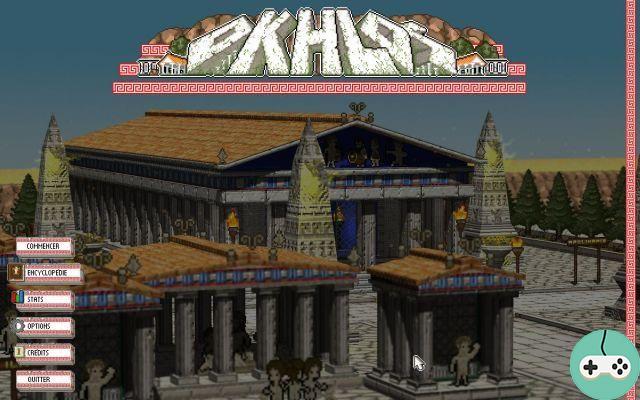 Above all, this game is to be taken with a lot of humor as the gods and the characters are caricatured.

This game offers a rather particular style which adapts perfectly to the situation. Whether it's the gods, the characters, the postures, or whatever, it's a total mess on the screen, we like it and gladly take it back. The visual aspect of the game, the destructible backgrounds, the characters all have a certain charm. even if the gods have a certain "fixed" side which gives the impression that they are statues which lifts a foot or launches an aura. 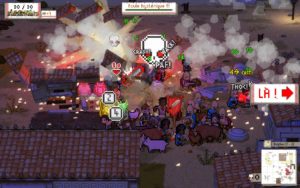 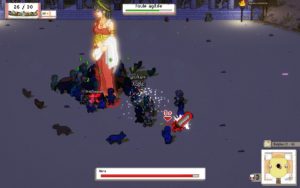 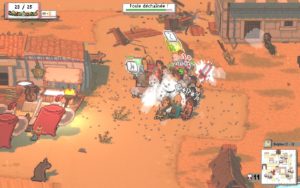 To put it simply, the people are fed up with the gods, and want to rebel ... the gods do not particularly agree and will stop you by all means. A scenario that begins on a pocket handkerchief, but which is really secondary given the context of the game. However, the story is worth, casually, the blow to be read a minimum for the little delirium that the developers have paid for. Game. 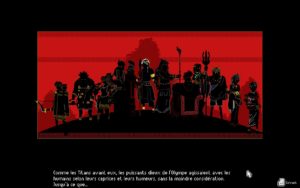 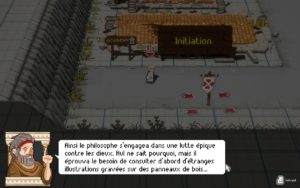 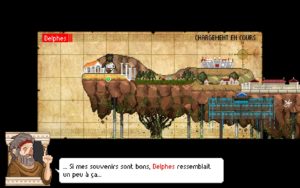 The heart of this game revolves around unit mechanics. A tutorial will teach you the basics of the game. An essential step since there is a fairly impressive number of units and heroes, offering personal bonuses or crowd which require careful choices and which will therefore be developed in the course of the game. learning about your rebellion. You will have to pay attention to your unit limit, to the composition of the crowd, to the exchanges ... the management side is not very much put forward, but it has the merit of existing. 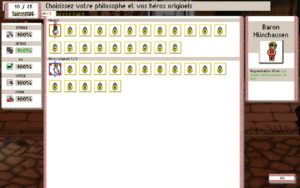 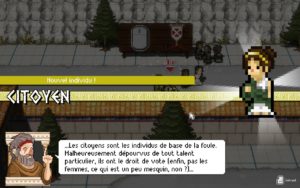 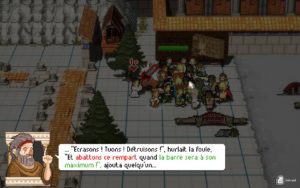 Different types of units can be found in the game: 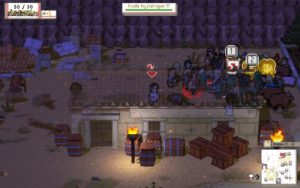 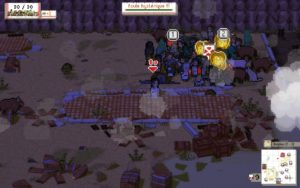 And inevitably it will also be necessary to count with some enemies: 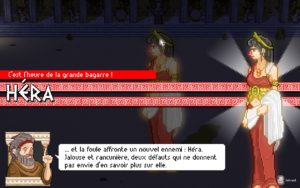 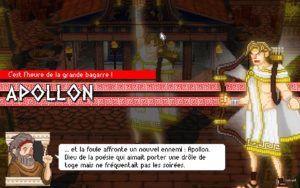 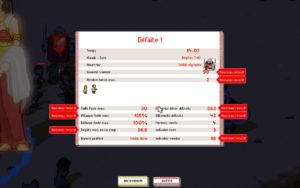 Of course, more will be in the game, but I haven't made it to the end of the game yet, so I don't know if more will join the game.

Fairly simple, but effective. The music and sound effects are quite convincing and contribute to the immersion. I regret, however, that a hubbub of voices and a more marked cacophony is not present during the crowd hysteria.

To put it simply, we find ourselves constantly wanting to destroy everything, while trying to have a varied troop that will make it possible to be the end boss, a god, without too much difficulty. The small side of management present in the game gives the player the choice of weapons, and it is up to him to know how he really wants to move forward. A pretty funny total brothel game that doesn't take itself seriously. However, I do not recommend doing long sessions as the game is ultimately repetitive and may tire you out. The really pronounced and successful humorous side of the game gives a certain lightness to the whole and will inevitably make you hook as long as you like to fight with a troop of broken arms. 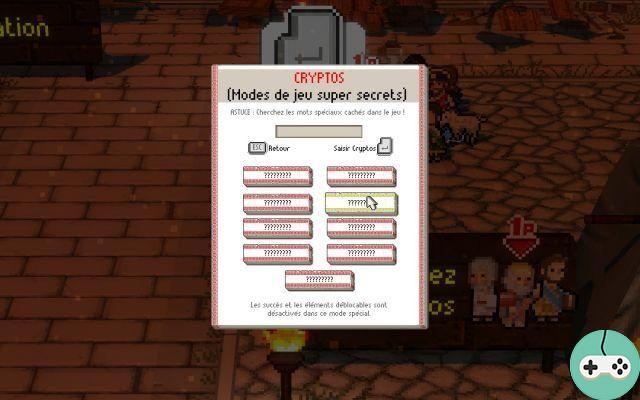 Overall the game isn't killer, but it's well worth the price, and can keep you entertained as long as you play in short sessions.

Add a comment from Okhlos - Riot in Ancient Greece