The great shipyards of the great galactic powers are generally located close to their places of power. For example, for the Republic, Corellia, Duro, and Kuat are all located in the Galactic Core. A generation after settling on Dromund Kaas, the Imperials were already en masse building cruisers into the system. Later, they established another at Tandankin, in a neighboring sector (comprising a group of nearby geographic systems). But there is a planet that escapes these findings. An exception. Whether for either side, Sullust can be found on the other side of the Galaxy (in the "Outer Rim" area south of swtor's galactic map).

Sullust is a fairly recently discovered planet on the scale of the history of the Galactic Republic. In 1847 before the Treaty of Coruscant, a new trade route was developed from the Galactic Core to the far reaches of known territories. During the establishment of this Rimma Trade Route, several systems that were on the way were discovered. Including Sullust. The inhabitants quickly understood what interests they had in mingling with this large galactic community and the opportunities, especially commercial, that this would bring. They immediately asked to join the Republic. Request accepted, they immediately entered the Senate. Developments continued in their favor. Their industry has made them one of the most important planets in the Outer Rim. And its inhabitants have displayed qualities that have allowed them to fit into many circles, in all corners of the galaxy. 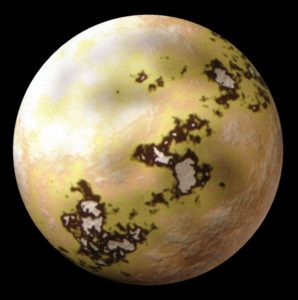 Sullust is not a very hospitable planet. At first glance, it may seem pretty, very colorful. But that's only rock tinted with lava. It's a world covered with volcanoes that always spew smoke and ash. The atmosphere is not pleasant for the majority of the races in the galaxy. Nor is it for the creatures that have developed here, and who mostly live in the subsoil of the planet. The major imports on which they depend are food and water. Conditions which have created a very sociable culture based on a lot of exchanges. Little wonder they are known as great merchants and negotiators. By living in poorly lit tunnels, they also developed a great sense of direction. Very useful to become reputable pilots, whether in the service of large private companies or independent smugglers. Their eyesight is exceptional during the first years of their life but decreases after their thirtieth birthday. And their large ears make them sensitive even to ultrasound. 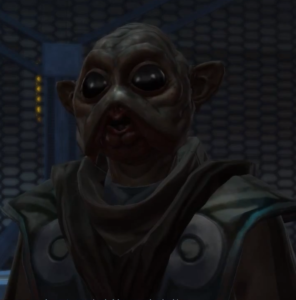 The planet does not have very interesting natural resources. It is therefore towards technology that its leaders have turned to create exports: droids, blasters, computers, sensors, hyperdrives, astronavigation elements ... and finally cruisers. Their main business is called the SoroSuub corporation, and is one of the most important in the Republic and the galaxy in this branch. Its power at the local level makes it the main lobby on the planet, with even a special academy to train its future executives. At the level of the large commercial and industrial groups of the galaxy, they have the means to sit at the negotiating table to impose the point of view that they consider important. As powerful as the great elements of the Core. But this also makes it an easier target, less covered for those who would like to seize successful shipyards. At the time of the Great Sith War, the Krath had already launched offensives to seize it. 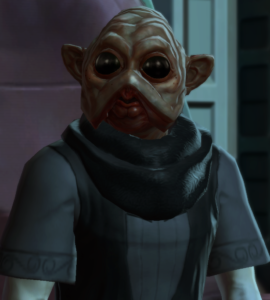 If the men of Ulic Qel-Droma and Exar Kun had failed to seize Sullust and its shipyards, those of the Emperor Vitiate and the Black Council did so very quickly after the start of the war which seen their return. Before the Republic could recover from their initial attacks, the Imperial cruisers had destroyed the shipyards of Sluis Van (a world in the neighboring sector) and cut off the Rimma Trade Route. Sullust was annexed, and his resources diverted to serve a new master. The Sullustians who were outside the planet remain for the most part in the service of the Republic. But those who were there suffered the fate of many captured worlds and were enslaved. SoroSuub had to fall back on other bases in order to maintain its independence. The Republic attempted several hunter raids to test the new defenses put in place, but decades later they are still going strong. The shipyards provided several ships to the Empire, including gunboats and armed vessels that wreaked havoc on opposing scouts and hunters.

Do you want to be up to date and know all the tricks for your video games? In gamesmanagers.com we enjoy playing as much as you do and for that reason we offer you the best tricks, secrets or tips for you to play non-stop. We offer you quality content and always updated to keep you up to date. That's why, in our website, you will find not only videogame guides but also tricks, secrets and thousands of tips so you can play to the limit. Are you ready to get it? Enter now and enjoy your videogame!
HearthStone - A New Way to Play ❯