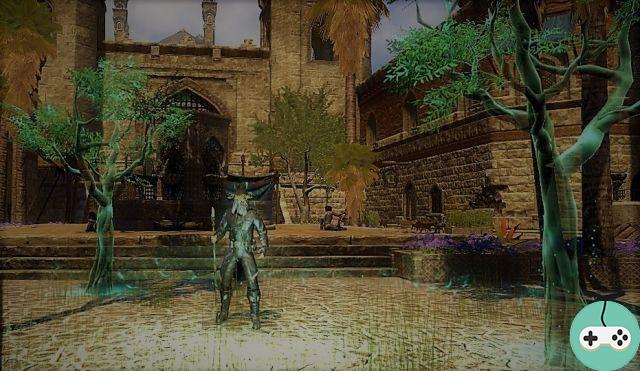 With the release of the new Morrowind expansion for Elder Scrolls Online, a whole new class is born: The Guardian. 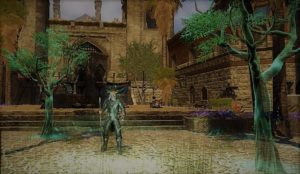 After playing the beast for the last 15 days, I made myself a little build that allows both to ensure as a DD (Damage Dealer - damage) and as a healer. I am not a professional in "theory-crafting", but the following build suits me perfectly and allows me to carry out PvE content without problem, both alone and in a group, and allows me to play the role of damage like healer.

The teddy bear with bandages

The Guardian is a class that can easily play in magic as in force and even both at the same time (like other classes, but I find the Guardian to be easier to switch from one to the other). Having already a class oriented exclusively force (my Knight-Dragon), I wanted to try an orientation only magic with the Guardian.

On the weapons side, I use a lightning staff / fire staff (according to your preferences) and a recovery stick.

But for the Guardian, I much prefer the lightning staff.

Equipment, Attributes and Stone of Mundus

Lightweight ? Way ? Heavy ? I opted for a combination 5 light and 2 heavy. Why ?


As regards the two heavy elements, they are there to improve magic and physical resistance, to have a small regeneration of magic each time you take a hit (every 4 seconds) and to increase your life points by 4%.

Regarding the attributes, I opted for 50 magic points et 14 healthy points.

It depends on your main focus:

Other stones to use?


You can use other stones, which may depend on your equipment. If you have little magic, you can take " The Wizard "And if you are often dry, do not hesitate to use" L'Atronach ».

Now let's get to the heart of the matter: skills!

The first action bar, the one equipped with the destruction staff (lightning or fire), is dedicated to damage. The branch used is "Animal companions".

All damage is of course based purely on magic, with direct damage, damage over time, and crowd control.

On the side of passive spells, there is no need to ask the question: you take everything!

The second action bar is the one dedicated exclusively to treatment and which must be equipped with the restoration stick.

She only uses branch spells "Green balance" which I find is really optimal and complete for healing, having both solo, area, player buffs, allies, and HOTS (healing over time).

On the side of passive spells, it's the same as for the first bar: you take everything!

Champion Points can improve both damage and healing. I based the calculation of the points of champion on a level of 270. Obviously, it will be necessary to adapt according to your level of champion, the key is to keep the "proportion" in the distribution.

Ultimately, I am aiming for a champion rank 510 with a disposition and evolution of the spells as presented by the screenshots. It also allows you to see the “evolution” and direction to take in the distribution of points. 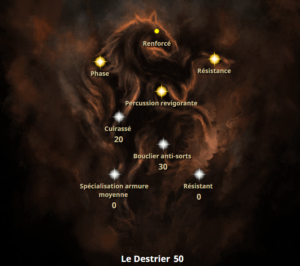 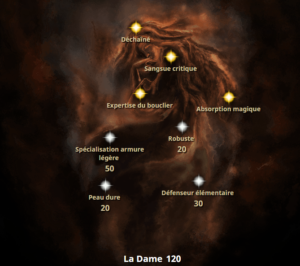 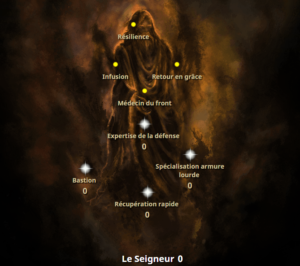 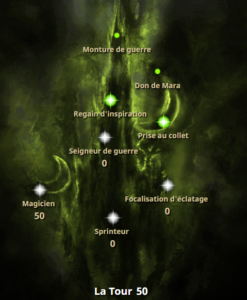 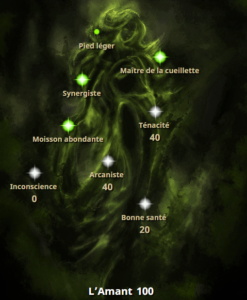 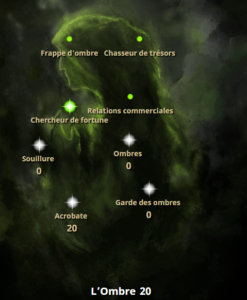 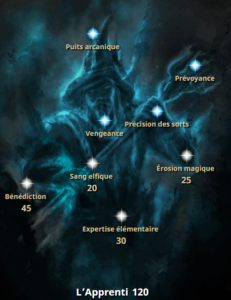 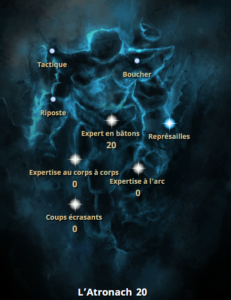 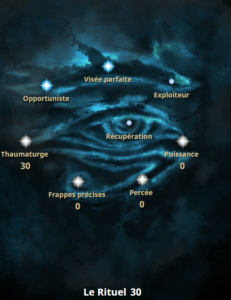 Finally, here is the build in a few figures:

add a comment of TESO - Guardian Build: The teddy bear with bandages