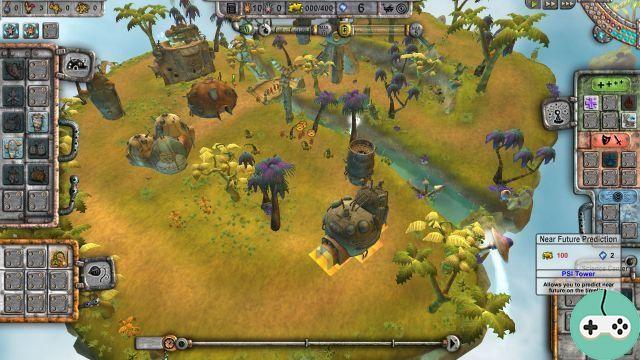 The Mims Beginning is a "god game", a divine simulation game, in which we play the god of cute little creatures, the Mims.

In story mode, everything begins with a cutscene introducing our nice not very malignant creatures lost on a strange green planet, all with a touch of humor very well brought. Fortunately for them, we are here, ready to take matters into our own hands for their greater good. The graphics are quite nice and of good quality, offering a good level of detail when zooming, even if the interface is a bit dated, sometimes lacking in responsiveness. The music sets the mood without being unforgettable, I did without most of the time. 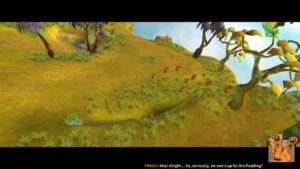 It all starts with a tutorial, explaining the basics of the game via informative screens displayed in the middle of the screen. Like a classic management game, the keyboard and mouse allow you to walk around the world for a 360 ° view. 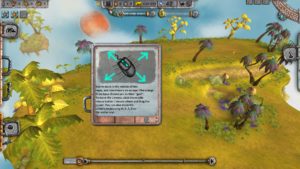 The objectives are then organized in the mission journal. 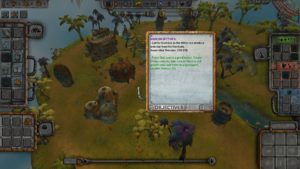 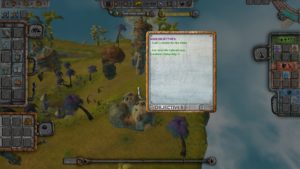 The first essential building to be constructed is the PSI Tower: no structure can be built beyond its radius. Then, once this construction is completed, you have to set up the biomass recovery chain, the yellow energy consumed by almost everything that is created, improved or built in the game. trees generating the yellow fruits, then install a juicer to extract the pulp. Finally, the silos are used to store this biomass: it is advisable to lay as much as the Mims produce so as not to lose the precious commodity. 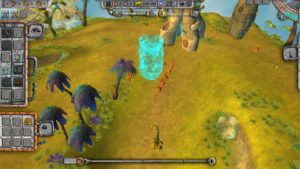 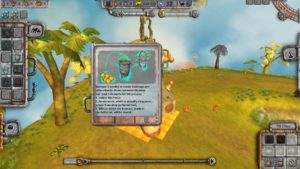 Electricity is also to be taken into account to supply technological constructions such as the spaceport or houses; it is displayed at the top of the interface, next to the scent generated by the camp that attracts predators. 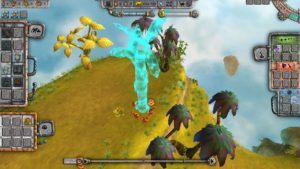 The second useful currency is the gem which is collected by mining some kind of vein in the world, but also by raising ridiculous chickens called Chrono. The Chrono grows by feeding on the same yellow fruits used for biomass and then, once grown, it is sold to the deep market thanks to a spaceship launched from the spaceport and activated with biomass. Each Chrono is sold for two gems / piece. 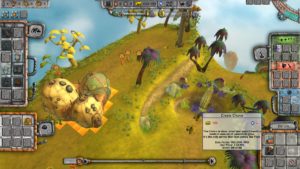 Thanks to these gems, different powers can be unlocked from the scientific center, such as the prediction of the near future which displays, on a timeline at the bottom of the screen, everything that will happen soon: arrival of Cateruhus, rain. .. Gems and Biomass are also used to improve buildings to develop their efficiency (increase in the amount of storage, radius, energy generation ...). 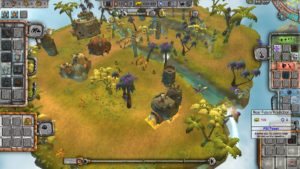 The planets are not without dangers, there is in particular the annoying Cateruhus, a worm which has a bad habit of eating the fruits of the biomass. He can be killed in particular by using the psionic powers of God (displayed on the right of the interface). I have, for the moment, unlocked 4 powers: a treatment to boost the life and morale of the Mims, fire to burn everything in the area (vegetation or creature), an accelerator to make them move faster. units and an explosion to injure creatures or undermine gem veins. 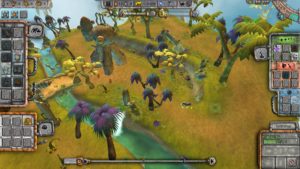 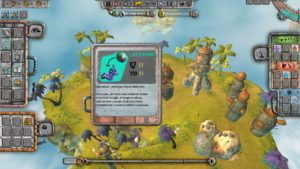 In order to combat these dangers and also for more efficiency, some Mims come out of anonymity and become heroes. The first one encountered is the officer capable of collecting gems and killing Cateruhus. 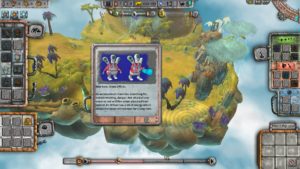 There is also a Survival mode for players who don't want to bother with the story, or who have already completed it. 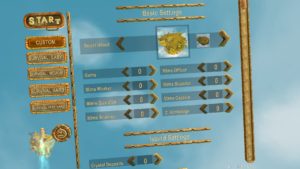 With a fairly slow pace, The Mims Beginning especially has the big disadvantage of not offering a mid-game save, only between each chapter of the story, therefore not allowing small game sessions. story is fairly well balanced, making progress easy. The difficulty awaits the most comfortable players in survival mode where, on the other hand, it is possible to set the bar very high. I had a great time in this game, the only thing that will make me wait to play it again for the moment is the addition of a save possibility, I don't understand this very strange choice.

You can find The Mims Beginning on Steam:

Otherwise, there are free demos found on the project's Indiegogo page:

Inside - A child alone against all

Witch It - Hunt or be hunted

Add a comment from The Mims Beginning - A God and Mims