Despite the releases of blockbusters like Overwatch or Battleborn, we must not forget the independent games for as much. Brainy Studio is a Russian studio developing for a while TurnOn. This game has been awarded several times in competitions such as the Imagine Cup or the DevGamm Moscow. It has the particularity of having seen its first episode edited on Windows Phone at the beginning of 2015 and was Greenlighted shortly after. However, it is the Xbox One version that we are going to discover today (which was released at the same time as the one on Steam).

The game takes place in a world that could be our own, where an alien in the shape of an electric ball crashes into a power station. This accident caused a power cut throughout the city of Electro City. Understanding the problem you have caused and being a source of energy, you decide to help the city by restoring the city's electricity. Like any self-respecting ball of electricity, your character can only move through cables or electrical conductors (poles, bulbs ...).

The beginning of the story takes place in the power station where you must reactivate certain elements of the scenery to advance the engineer in the scenery. You can also collect "lightning bolts" along the cables to increase your score in your level. This system is very reminiscent of mobile games like Candy Crush which, depending on your score in the level, gives you a certain number of stars at the end of the level. Here, it is not stars but light bulbs. 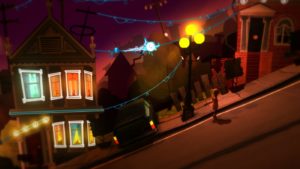 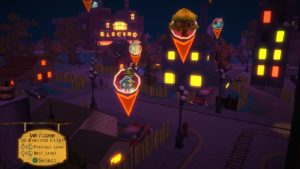 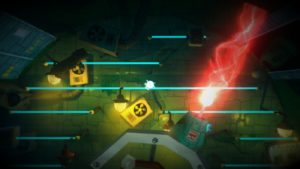 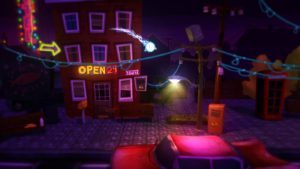 Each play area is broken down into several levels. At the beginning, we will be at the central and then in a district of the city and so on. Each change of zone will give you a cutscene in the form of comics summarizing what you have done and giving the introduction to your next adventure. These transitions also add new things such as levels with automatic scrolling or even the addition of enemies.

The game is intended to be fairly calm in most of the levels. You will not have a time constraint, for example. It focuses especially on the beauty of the background and the different interactions that your ball can have with the decor. Because, as I said before, your ball will help the inhabitants in different ways. For example, you can return the television to them or scare a dog so that a little girl can go home without a problem. 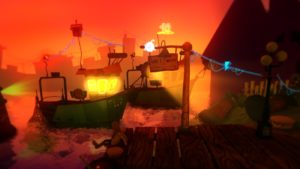 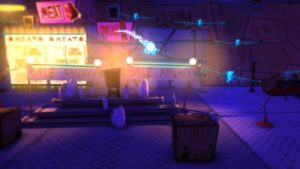 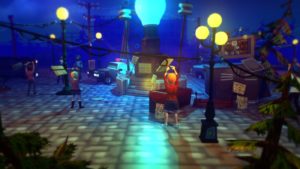 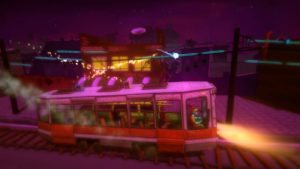 To conclude on the game, it has a certain charm whether it is in terms of gameplay or graphics. When we know that it is only a team of four people behind it, we can only salute the work. On the narrative side, there is something quite simple but which may appeal to the majority of people who like platformers. The only small downside I could ask is the management of certain power lines in the background which, at first glance, can be reached by a simple jump when this is not the case. Some jumps are also a bit laborious in the first few tries, but after a few hours of play this is no longer a problem.

The game has been available on Steam and Xbox since June 1st.

SWTOR - Extension: details on the US forum ❯