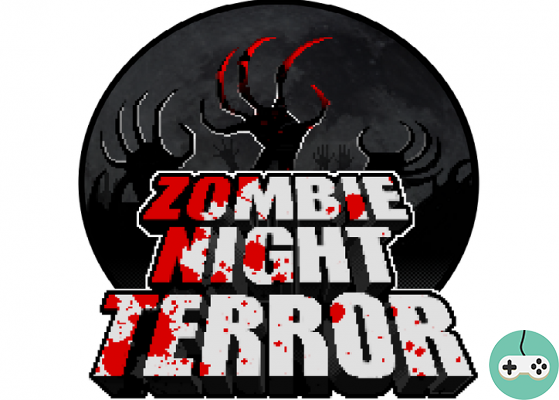 There are games that are remembered for their gameplay, graphics, atmosphere, or simply because they are heartbreaking. Zombie Night Terror is a small mix of cool gameplay, little puzzles, and a gory and creepy atmosphere. If I could qualify it, I would say it's a mix between Left For dead and Lemmings (less twisted though). If I could rename this game ... it would be "The Story You Are The Zombie Master". 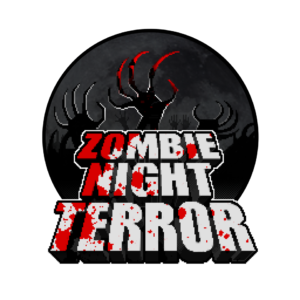 I want to clarify that the version I tested is not a final version.

To put it simply ... This game does its job. For this type of game, the graphics are largely secondary, but the explosions, destruction and zombies are well rendered ... Especially when they explode into a thousand pieces of entrails. 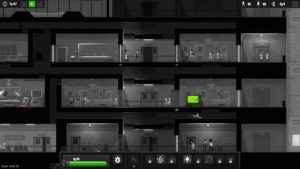 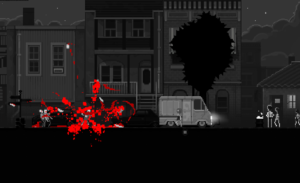 In this game, you will be responsible for controlling a cohort of zombies with different evolutions and with different boosts, all to be managed with a DNA gauge that you will use to pay for your changes. However, having to deal with your zombies, the DNA gauge and how to infect the population with your creatures is going to require more brain than at first glance!

You will also have to face an environment that does not wish you well. Between the chasms, the ponds, the chemicals, the falls which reduce you to mush, the electric current, etc ... But also fragile walls, floors ready to give way under the weight of your zombies, it will be necessary to be attentive to clear a new path to your victims. 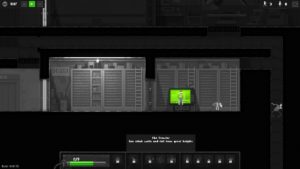 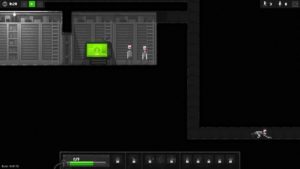 Televisions explaining your abilities are also a great help in helping you reach your goal.

All evolutions and boosts cost DNA. DNA gained by killing humans, picking up specific barrels, or sacrificing zombies with the proper action. 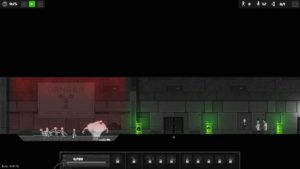 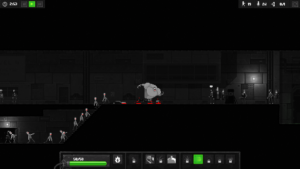 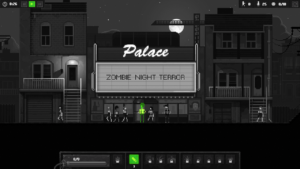 The soundtrack is catchy and plunges us into an atmosphere of action. The horror isn't really there as you are the one controlling the zombies. Zombies and humans make pretty well done noises. To put it simply, it does its job, without being extraordinary.

Zombie Night Terror is a nice little game that will allow you to rack your brains a little, control zombies as you wish and manage an apocalypse your way. I would say that this game is a little more complicated than it seems, and will require many tries in order to pass the different challenges, lose as few zombies as possible, or simply succeed in passing levels that are sometimes quite twisted to understand how to infect everyone the first time.